Could this be a working time machine?

A Connecticut professor has designs for a machine that, while maybe not taking him to King Arthur’s court, could travel back in time. 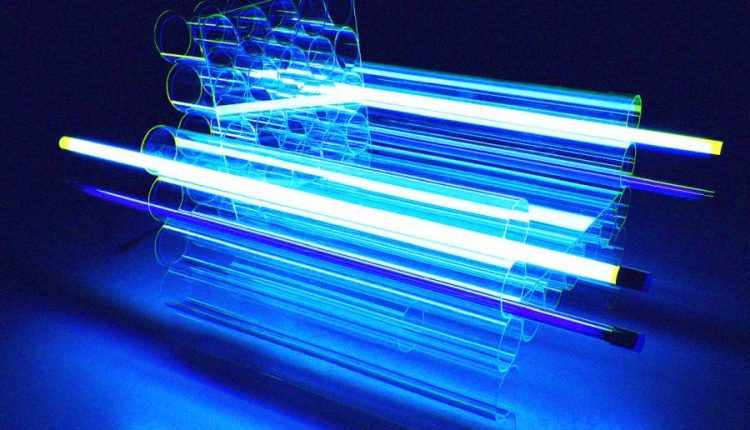 It sounds crazy, and maybe it is a little, but Professor Ron Mallett has created a design for a device that could use solid Einsteinian principles to twist space into a loop and allow for travel through time. And he believes it could work. Theoretically.

The device is based on two things; firstly an equation Mallett has calculated based on an Einsteinian possibility, based on the contiguity of space and time, of twisting time and secondly on the use of a ring laser to create a gravitational field to make this very theoretical possibility into a practical reality.

“If you can bend space, there’s a possibility of you twisting space,” he explained in an interview with CNN, “This could lead to a new way of looking at the possibility of a time machine based on a circulating beam of light.”

This circulating beam of light would twirl and twist space/time, rather like stirring a cup of coffee, until that space/time twists in on itself into a loophole, creating essentially a mini wormhole through which to travel back through time.

The ring laser is a pretty simple home-made affair; a laser fired into a circle of three half-silvered mirrors when then continues to circulate. At the center of this ring, something strange starts to happen.

Because photons, although lacking mass, are still a source of gravitation, this photon stream begins to warp and distort the empty space at the center of the ring. To test whether this humble section of space-time is bent, Mallett says that placing a neutron in that space and following its trajectory will show clearly that it is following the trajectory of the ring laser, pulled by the gravity the photons have created.

As time machines go, Mallett’s design is somewhat more limited than the stuff of conventional science fiction. For one, the only thing that can be sent back using the device would be information, sent in the form of neurons encode in binary form. For another, even these limited packets of information could go back no further than to the point that the machine was first switched on, as they travel down the slinky shaped tunnel in time and space that the machine has created between its past and present selves. So no King Arthur’s court. But nonetheless, time travel is time travel.

And Mallett has been obsessed with time travel his whole life, ever since picking up a copy of HG Wells’ The Time Machine as an 11-year-old, and this driving obsession is at the heart of what made him a scientist.

Other scientists are understandably skeptical. In fact, many, in spite of the theoretical possibility generated by Einstein’s calculations, believe that time machine could not be possible at all, Stephen Hawking notably insisting that it could not be possible because, if it were, it would generate paradoxes with the very nature of reality itself. However, this so-called ‘Grandfather Paradox’ may have been resolved in computer simulations, and even Hawking appears to have had a slight course correction in his views toward the end of his life.

But Mallett is holding true to the faith. He knows the time machine will be a possibility someday. And his information-carrying prototype could pave the way for the time travel of the future.

So what could the machine ever be used for? Mallett postulates that sending information from the future could be very useful, for instance, sending warnings of future avoidable disasters. However, in its current iteration, the energy levels needed to send that kind of complex information would be astronomical. As in literally. The kind of energy levels to power a star.

So maybe time travel isn’t as close as all of that, just yet. As soon as it is, hopefully, Ron Mallet will be able to send us back a message from the future, in a binary encoded neutron postcard, to let us know how it’s going.