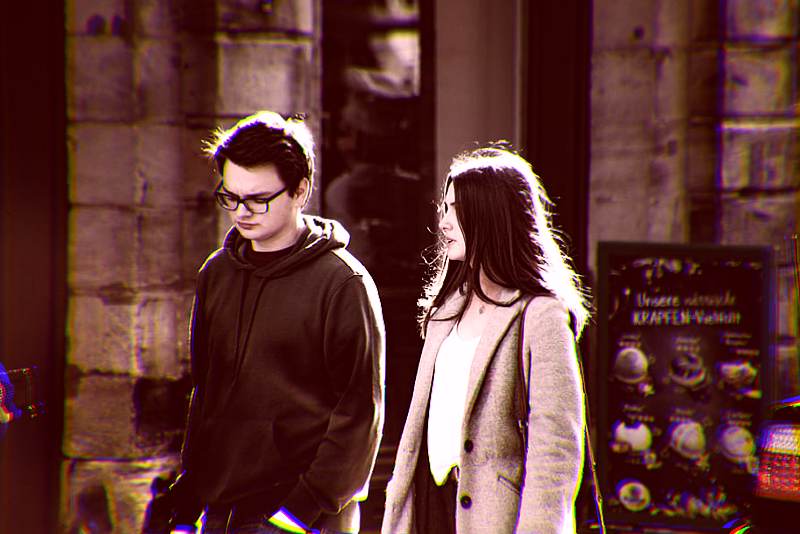 What happens in your brain when you disagree with somebody?

Conflict is rarely comfortable, especially in the 21st Century. We’re living in an increasingly binary society, in which nuance is a rare commodity. All too often, especially in online discourse, we grow entrenched in our own viewpoints. I’m right, and you’re wrong – if you disagree, you just don’t get it.

It’s likely that at some point during a heated debate, you’ll lose respect for the views of your debating partner. Maybe that’s because you think they’re not smart enough to understand what you’re saying. Sometimes it’s because we feel like the opposition just isn’t listening to what we have to say. In some cases, it may merely be a matter of refusing to countenance a dissenting opinion.

To investigate this phenomenon, University College London conducted a study – published in the journal Nature Neuroscience – which recorded the brain activity of 21 pairs of volunteers. The results confirmed that the human brain undergoes a range of reactions when we find our beliefs and opinions challenged.

Confirmation bias is a powerful thing

The study focused on something that will always spark strong opinions – the value of real estate.

Although the duos were separated by glass, they could each see what value their partner had assigned. Brain activity was monitored throughout the process – most notably the prefrontal cortex. This is the part of the brain that focuses on complex decision-making and social behaviors.

As PNAS explains, this part of the brain also reflects the confidence that we feel in a decision-making partner. When the two parties agreed with each other, this was reflected in their brainwaves.

The results showed a form of confirmation bias, with each volunteer buoyed on by the sense of agreement. This led to them growing increasingly bold in their assignments of value.

Agree to disagree? Not likely

When the volunteers disagreed with each other, the brainwaves stopped tracking any kind of confidence. It closed down completely, disregarding the possibility that an opposing viewpoint was worth considering.

While the human brain is more than happy to be told that it’s right – and to accept the dopamine rewards that come with that – it seemingly refuses to countenance the idea that it could be wrong, it’s the cerebral equivalent of pushing fingers in the ears and saying, “la la la.”

To be on the safe side, the moderators of the study quizzed the participants afterward. It was confirmed that they heard, acknowledged, and remembered the opinions of their partner. They just were not prepared to give the viewpoint any weight.

In the mind of an absolutist, the other person was wrong, and thus, their opinion was irrelevant. They may as well have been claiming that the sky is green and the grass is blue.

This all contributes to the society that we find ourselves living in. Politics, in particular, are causing seismic divisions among friends, family members, and co-workers. We all believe what we need to believe, tossing aside anything else.

We see this every day in the media. One newspaper or TV outlet will describe a politician’s performance in a debate as considered and calm, and another will claim that the individual was flustered and dodged critical questions.

It’s not just in politics, either. We find ourselves engaged in increasingly fierce debates about sporting performance, pop culture, and even personal identity.

If there’s a conversation to be had, you can bet your bottom dollar that somebody is spoiling to argue about it, especially if you’re bold enough to have an opinion on Twitter.

Learning to listen – and to be heard

If there is one that we can all surely agree on, it’s that constant dissent is exhausting. We’d get a lot more work done if we learned how to have a polite difference of opinion and move on with our lives, rather than go to war and plant a firm, immobile flag every time we disagree.

The study confirmed that the secret to this is starting from a place of common ground. We’re living in the information age, and it’s easy to bomb a debating opponent with facts and figures that support your argument. It’s only ever a Google from your smartphone away.

As we’ve established, though, taking an entrenched, “I’m right, and you’re wrong – here are all the reasons why” approach doesn’t work. The other person will not pay you any mind. Instead, consider starting with, “OK, I agree with you on points A and B. I think point C isn’t quite right, though. Here’s what I think.”

Let’s take the debate about vaccines as an example. Unfounded theories have long abounded that vaccines cause autism. Parties on both sides of this debate are passionate and combative. Have you ever tried tossing scientific papers at a vehement anti-vaxxer on social media in an attempt at changing their minds? It’s about as effective as telling an anteater not to eat ants.

PNAS found another way, however. By starting the debate by pointing out that vaccines protect children from deadly diseases, you can find common ground. This has been shown to boost vaccine uptake by some 33%. That’s a good start, and it’s undoubtedly less draining than a long, drawn-out argument that goes nowhere.

Human beings will always disagree. If we all had the same thoughts, the world would be a pretty dull place. We need to learn how to accept these differences – and embrace them as part of life’s rich tapestry. If we don’t, we’ll continue to exhaust each other with one-sided arguments akin to shouting into a void.