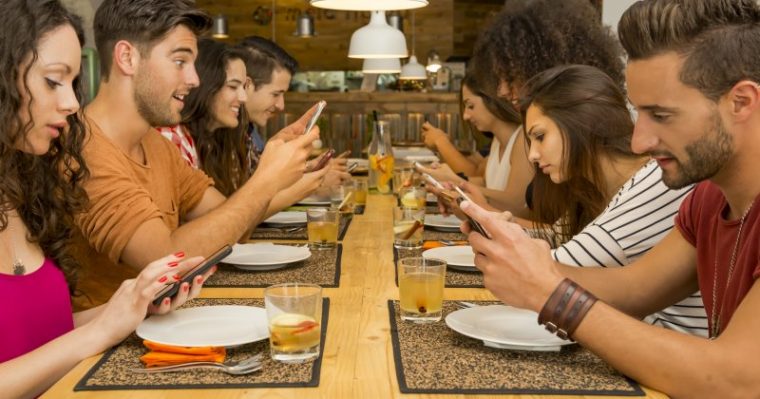 Your smartphone has gotten even smarter over the past few years. Forgot the IoT, though – nowadays, your smartphone can learn everything it needs to know about your personality based on the way you hold it.

A team of scientists based out of RMIT University, Australia, recently published a study suggesting that the technologies that have made up the backbone of smartphones for years can now be used to collect data on their users. That data, in turn, will let cellphone manufacturers – and any marketers who pay for the data – know what kind of person is handling their device.

The accelerometer in your phone detects the outside world in three dimensions. You’ll find this accelerometer alongside your phone’s compass and GPS. Used on a more individual level and paired with pedometers, messaging data, and more, cellphone manufacturers can build a personality file on a user.

Whether or not they do is not the question that Flora Salim is asking. Instead, Flora and her team are currently working to pull together profiles of their own by assessing accelerometer and other cellphone data on a five-point scale.

The scale and reflective behaviors

Extroverts, for example, will send more text messages than introverts. Salim and her team can make statistically categorize a person’s extroversion, then, by assessing how frequently they choose to communicate with other people.

Combine this data with any extraneous movements detected by a cellphone’s accelerometer, and Salim’s team will be able to tell how expressive a person is while on the phone, as well.

Note, though, that Salim and her team are not assessing the content of any messages or phone calls taking place. They are, however, taking context into account.

A person who sends a number of text messages over the weekend, for example, might be interpreted as open or agreeable. A mass of weekday evening messages, according to Salim, indicates that the user in question is mainly dedicated to their friends or family. 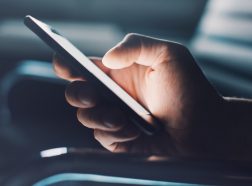 Gender, too, comes into play when assessing a person’s personality through their phone usage. While Salim and her team primarily assess the data available to them through a phone’s tools, they can then compare that data against a pre-determined character set to make assumptions about particular groups of people.

Women, for example, tend to move their phones around more frequently over the course of a day. This is the case whether they’re using the phone to contact someone or merely shifting it from room to room. As such, Salim and her team have been able to categorize the majority of women addressed in their study as more neurotic than their male counterparts.

The use of data and personality assessments

While Buzzfeed’s quizzes also take in consumer data, cellphones have become an essential part of many peoples’ lives. With e-commerce showing an increased drive towards mobile consumerism, many companies might be interested in taking advantage of the kind of data Salim and her team are collecting.

On the one hand, this is a boon for marketers and advertisers everywhere. Should Salim’s data-gathering process become readily available, then marketers will be able to target their ad campaigns towards potential consumers more effectively.

For consumers, though, this may be just another invasion of privacy. While hyper-targeted ads do put consumers in touch with more usable products, that kind of surveillance can be as much of a turn off as it is enticing.

It’s possible, thanks to Salim’s work, that while some cellphone users will make an effort to increase their use of their phones, others may look for ways to disable the accelerometer to keep their data private.

Regardless of the work, Salim and her team have done revealed a new way in which cellphones can impact a person’s life. Instead of taking personality tests in the future, cellphone users may find themselves looking to their devices to learn more about themselves in the future.

Read Next You can discover yourself by taking personality tests...

What happens in your brain when you disagree with somebody?

Do you struggle to understand opposing viewpoints in an argument?

You might be interested to know what’s actually going on inside your body when you have a hangover and why you feel so bad.

Shut up and give me your lunch money.

Do you struggle to understand opposing viewpoints in an argument?
Read More
You might be interested to know what’s actually going on inside your body when you have a hangover and why you feel so bad.
Read More
Shut up and give me your lunch money.
Read More
A new study finds that a person’s use of language could reveal if they are struggling.
Read More
If you’re considering intermittent fasting as a diet plan, there are plenty of varying approaches.
Read More
Are school lunches really that bad? In a word, yes.
Read More
The connection between ultra-processed foods and weight gain cannot be ignored.
Read More
By taking appropriate care of your teeth, you can minimize the need for dental surgery.
Read More
Losing a close friend is as devastating as that of a family member – and, in some cases, even greater.
Read More
Just how long could we really live?
Read More
Thinking of a little cold water swimming this winter? Learn how to stay safe.
Read More
Beware of false prophets.
Read More