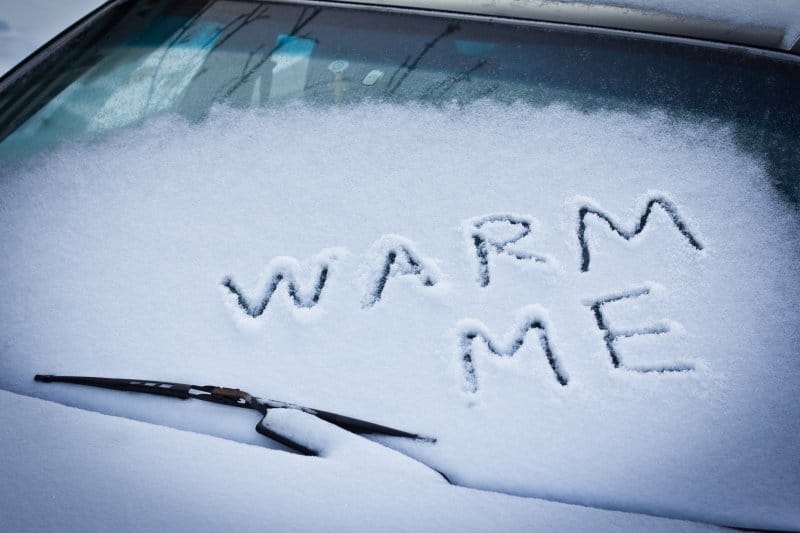 Winter is coming, and that can play havoc with car engines. It’s always tempting to warm up a car by starting the engine and leaving it running while you go about your business.

If this is your plan, check the law in your local state. You may fall foul of regulations surrounding idling.

Am I really not allowed to leave my car engine running?

Due to environmental concerns, many states and governing bodies are cracking down on idling. If you’re not aware, this is the act of leaving a car engine running without any intention of moving the vehicle.

Obviously, there are some exceptions to laws surrounding idling. You won’t be penalized for leaving your engine running while stuck in traffic, for example. Likewise, in extremely cold temperatures, there may be a little leeway for warming up a vehicle’s engine.

It’s believed that if private cars stopped idling, the environmental impact would be equivalent to reducing the number of cars on the road by 5 million. It’s claimed that idling releases some 6 billion gallons of toxic fuel into the air each and every year.

As well as the impact this has on climate change, it also drastically impacts air quality for vulnerable people.

What is the law surrounding idling in my state?

Be particularly vigilant if you live in any of these states.

In these territories, idling a motor vehicle for more than five minutes is an offense. Any police officer that catches you at it will be permitted to issue a ticket and a fine. This will typically be $250 for a first offense, $500 for a repeat, and $1,000 beyond this.

Even if your home state is not listed above, check your local state law. There may be strict policies in place that you’re not aware of. Idling is a comparatively new concern and not something that has been discussed a great deal.

In the eyes of the law, ignorance is no excuse. With the world entering a state of climate emergency, there is likely to be less and less understanding. It’s better to err on the side of caution. Console yourself with the fact that you’re making Planet Earth a better place while you’re obeying the law.

How do I keep my car warm without idling?

Having established that warming a car by running the engine is a no-no, it’s best to look into alternatives. Nobody wants to spend five minutes freezing at the wheel in the morning, waiting for their vehicle to get started.

Of course, you may not need to warm up your car before starting out. It really depends on what you drive. Most modern vehicles – and by this, we mean anything made beyond the 1980s – are designed to cope with extreme weather conditions. If you have a fuel-injected engine, you should be fine. It only takes 30 seconds to get you road-ready.

Maybe you drive a classic car, though. This can cause an issue. A combustion engine will struggle to operate from a cold starting point. The carburetor will guzzle air, which means the car will operate in fits and start until it warms up. This can drop fuel efficiency by as much as 12%.

To avoid this erratic approach, turn your car on and off a handful of times. Then, take it out for a spin. Drive around your block a couple of times, at a slow and steady pace. This will warm the vehicle up and spread the engine oil around. Think of this as the stretching warm-up before the main run. You’ll then be ready to start your long journey.

Obviously, this involves getting up earlier and driving more. That’s not ideal – but then it may also not be necessary. It’s certainly better than idling.

Not only is that practice largely disowned as impractical and unnecessary, but it’s now legally questionable. You’ll never be able to upgrade your car if you’re spending all your money on police fines.