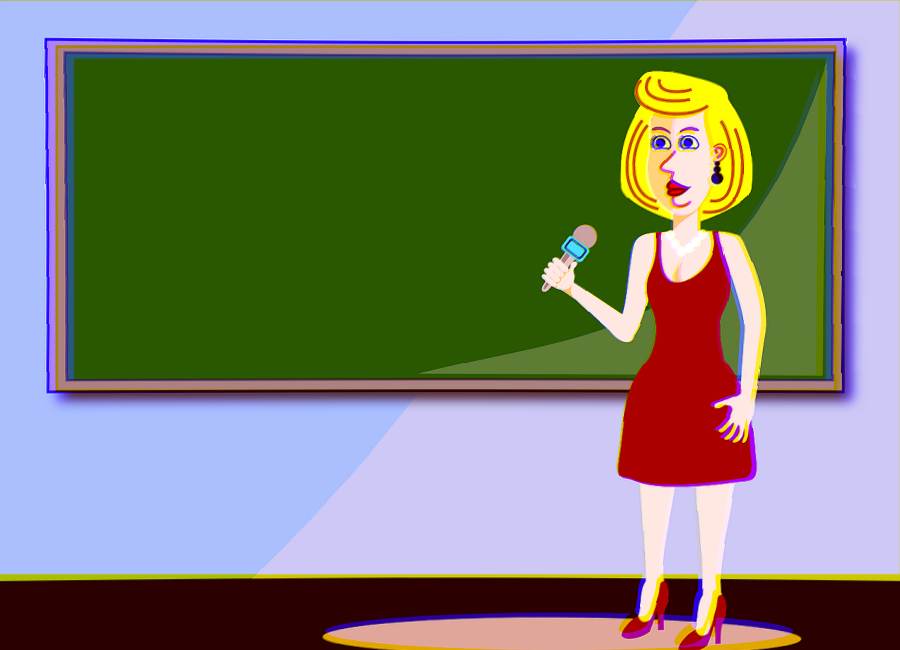 Teaching can be a challenging profession at times. Young minds are like sponges, able to absorb information at a rate of knots. Unfortunately, they’re also easily distracted. Simply reeling off facts and figures can be crushingly dull, especially when we consider that we all learn in different ways.

Verónica Duque is a third-grade teacher in the Spanish city of Valladolid. Charged with teaching 8- and 9-year-olds human anatomy, Señorita Duque eschewed the traditional approach of reciting from a textbook. Instead, she donned a full-body wetsuit that provided students with a visual insight into the human body.

An advert for a swimsuit sparked the idea – the original swimsuit is actually marketed as a Halloween costume. Like all great teachers, Señorita Duque took that idea and expanded upon it.

Señorita Duque admits that her experiment initially drew mixed results. She describes the reaction as “confusion, shouts, applause and some covered their eyes” when she removed her white lab coat after entering the room. The first rule is teaching is always to grab the attention of a class, though. There is no denying that this bold sartorial choice managed to do just that.

The lesson did not simply involve the bodysuit. Once the initial shock and awe died down, Señorita Duque switched to move traditional learning techniques – including a 3D bust of the human body. The initial impact was pivotal, though. It encouraged the schoolchildren to think about the human body and everything that is unfolding beneath the skin at any given moment.

You can watch Señorita Duque at work in this video clip.

This approach to education is not limited to science and anatomy in Señorita Duque’s classroom. She is also charged with teaching art, English, and Spanish language. Children use crowns in language classes, which helps them differentiate between verbs and nouns.

Many of us remember having one teacher that made a real difference to our lives and inspired a love of a particular subject. Señorita Duque will seemingly provide this service for a great many young minds.

It all sounds a bit gimmicky to me. What happened to good, old-fashioned teaching?

There will always be cynics surrounding a new approach to education. For a traditionalist, this methodology is potentially inappropriate. This does not factor in the fact that different people learn in different ways, though – something that we are becoming more and more aware of.

The education sector has now identified what is known as the VARK method to identify different types of learners. VARK is an acronym that encompassed the four primary forms of learning.

Of course, it’s possible that many of us will fall into multiple categories. Most people have a clear preferential learning method, though. Attempting to shoehorn education into one particular box can often lead to potential going untapped, and students feeling as though they do not belong in school.

As you’ll see from this image, the four core types of learning provoke different responses.

Visual learners would benefit most from lessons like that of Señorita Duque. Taking in the sight of the bodysuit will have sparked their imagination, and they will absorb any information much more keenly having such a strong image to anchor their education.

Auditory learners may not gain quite so much from the visual approach. These learners like to be told facts – if they can then repeat them out loud, they’re much more likely to stick in the memory. A visual prompt never hurts as a reminder, though.

Reading and writing learners enjoy a more traditional approach to education. These are the people that pore over textbooks and clap their hands with glee when a pop quiz is announced. This approach is becoming less and less common in 21st-century mainstream education.

Finally, kinesthetic learners absorb information by doing. These are the kids that prefer a four-dimensional learning experience. They want to see, hear, touch, and recreate everything they encounter.

If you’re curious about what kind of learner you are, take this test from Education Planner. You may have passed an age where it’s appropriate to attend one of Señorita Duque’s anatomy classes, but it’s never too late to expand your mind in a way that appeals to you.