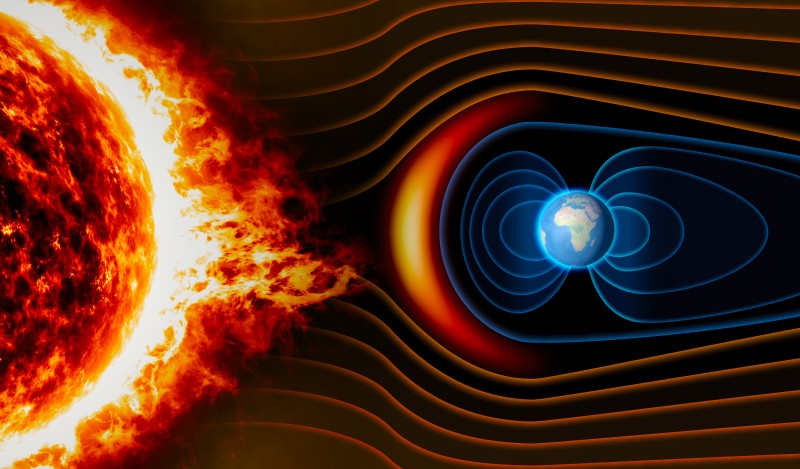 The Sun produced a shockwave that shook the entire solar system

The legendary songstress Carole King famously felt the Earth move under her feet in 1971, according to the squillion-selling pop single. She may have experienced the same sensation recently, along with the rest of the inhabitants of our solar system.

A team of NASA employees recently witnessed an interplanetary shock caused by the sun, which created shockwaves throughout Earth and beyond. The phenomenon was written about in a scientific paper, published by the Journal of Geophysical Research Space Physics.

The incident is known as an interplanetary shock and occurs when the sun releases charged particles. These are referred to as solar wind. These gusts can travel at a range of different speeds, in streams discharged by the sun.

Think of them as the tortoise and the hare. Eventually, one of these rapid winds will overtake a slower-paced equivalent. When this happens, a shockwave occurs.

Ok, cut to the chase – are we all going to die?

Well, yes, but not because of this shockwave. When an interplanetary shock arises, it’s referred to as being collisionless. This is because the energy particles do not crash into each other – they simply exchange energy through electromagnetic fields.

As a result, the Earth will not spin off its axis, the night will not become day, and you don’t need to get the fact that you’re a secret Nickelback fan off your chest before the planet bursts into flames.

The study into this interplanetary shock was conducted at John Hopkins University in Maryland. Ian Cohen, who holds a position in the Applied Physics Laboratory of the university, explained further what actually happened.

“An interplanetary shock is a shock wave that propagates through the solar system. Shocks are physical processes created when a faster object moves through a slower one. An example is when a supersonic jet moves faster than the speed of sound in the air. In the case of the interplanetary shock, we have faster flowing solar wind – a constant stream of particles from the sun – catching up with slower solar wind and creating a shock wave. These types of shocks are ‘collisionless’ because the particles involved in the shock – i.e., the solar wind particles – primarily interact with the electric and magnetic fields and not in billiard-ball-like collision with other particles.”

These shockwaves are not as rare as you may think. They take place all across the universe, anywhere that energetic particles can be found. These particles, by the way, are created by supernovas and black holes.

Despite this commonality, a shockwave is a dream find for an astrophysicist. Actually locating one requires being in the right place at the right time, which is a long shot. After all, the universe is a pretty big place.

So how was this shockwave located and measured?

As we said before, it was all matter of good fortune and the right timing. Having said that, NASA is seemingly determined to make their own luck. The space aces launched the Magnetospheric Multiscale Mission (MMS for those that prefer to avoid such a mouthful) back in 2015 in an attempt at discovering these anomalies.

NASA has sent a quarter of identical explorative ships into space, each of which is packed with the latest and greatest tools and instruments. The spacecraft is traveling in tandem, cruising within a handful of miles of each other at all times.

Their purpose is to take readings of electrons and ions that may be traveling at high speed. They will then be able to measure these and determine whether a shockwave is taking place.

Pretend I don’t have a degree in astrophysics. What does that actually mean?

OK, let’s start at the top. Electrons are subatomic particles – which, as we have established, stem from black holes and other interstellar phenomena – with a negative charge.

With us so far?

NASA’s spacecraft tour the universe, seeking out any electrons and ions that may be whizzing past at speed. Typically, this can happen as often as six times per second. This is why specialist equipment is needed – no human eye could take in these sights and count them appropriately.

A tool known as the Fast Plasma Investigation can do so though, and that’s what captured the shockwave that we’re discussing.

It took years for the MMS to bear fruit, but NASA is famously patient. Back in January 2018, a reading was made, which got the team excited. Upon study, it was confirmed that an interplanetary shock had raced past the equipment, and the craft had been in an appropriate place to record the results. In the words of the learned, Mr. Cohen, once again speaking to Newsweek:

“The MMS instruments were able to obtain high temporal-resolution measurements of the ions and electrons involved in the shock as well as the electric and magnetic fields. Interplanetary shocks have been known of and investigated since pretty early in the Space Age, and we have a fairly good theoretical understanding of how the physics in these shocks work. However, these new measurements are unique because they are the highest temporal-resolution observations of particles in an interplanetary shock ever obtained and have confirmed the existence of solar wind ions reflecting off of the shock surface; this was previously theorized and inferred from previous measurements, but no instruments have ever measured fast enough to actually see these before.”

Our understanding of astrophysics is mostly restricted to theory, but this is another string to NASA’s bow. Having discovered this first interplanetary shockwave, hopes are high that more will become apparent. Naturally, the more this happens, the more we’ll understand. The mysteries of the universe will slowly but surely become less and less mysterious.