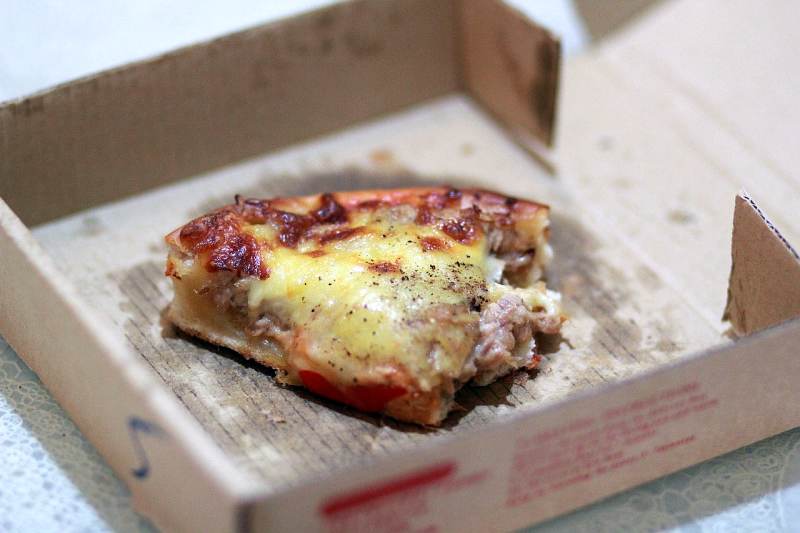 The dawn of a new year is upon us, and that invariably means new year’s resolutions. A common refrain at this time of year is that we’ll all eat healthier, drop a little excess weight, and generally take better care of ourselves after the excesses of the holiday season.

Scientists now describe junk food as ‘ultra-processed food.’ Whatever we’re calling them, it’s no secret that these foods and weight loss are like oil and water. The journal Current Obesity Reports made the connection that we’ve all known anecdotally for years.

Now, however, a new study confirms that ultra-processed foods cause weight gain. No ifs, buts or maybes. Cell ran a paper detailing a study from the National Institutes of Health, which conducted a randomized trial that proved that processed foods lead to weight gain.

What does this study tell us that we don’t already know?

In honesty, not a great deal. No supermarket or manufacturer would market ultra-processed meals as healthy. This study has now confirmed a scientific link between ultra-processed foods and weight gain, however. We have moved beyond the realms of anecdotal evidence and excuse-making into indisputable facts.

[ Read: What happens in your brain when you disagree with somebody? ]

The clinical trial surveyed twenty healthy adults, all of whom were aged around 30. The study divided these individuals into two groups. One of the groups was provided with a diet of ultra-processed food, comprising of three meals and snacks. The other group was placed on a whole food diet. Both groups were permitted to eat as much or as little as they wanted, provided they did not deviate from approved foodstuffs.

It was found that the participants consuming the processed diet put roughly 500 additional calories into their bodies every day. This, in turn, led to a weight gain of approximately 2.5 lbs over the course of two weeks. Those that consumed the whole food diet did not experience any weight gain.

To ensure that diet was to blame and not unique personal circumstances, the groups swapped diets after two weeks. Again, the results came in the same. The group that previously consumed whole foods before switching to ultra-processed food gained weight. The group switching from ultra-processed to whole foods sustained their weight. With exercise, they would likely have been able to drop the 2.5 lbs they had gained.

That’s what we think, but the study threw up some surprising results. Both groups described their diets as being equally palatable, and the whole food group did not feel they were missing out.

Again, there is no accounting for taste. The participants may usually eat whole foods for all we know. They could have used the study as an excuse to binge on junk for a guilt-free foodie holiday. It bears thinking about, though. Whole food does not need to equal bland or tasteless.

What’s more, the group that consumed whole foods also displayed no greater appetite. Remember, this group consumed 500 calories less than their counterparts. This did not leave them hankering for further snacks.

[ Read: This is what your body goes through when you have a hangover ]

That’s something to consider, as many people link the weight gain associated with ultra-processed foods to quick and easy snacks. You’re in a hurry, there’s a drugstore on the corner. You know it’s wrong to pick up a processed snack for an energy boost, but needs a must.

In truth, the damage is not done through these small snacks. The excessive calories in the processed diet came primarily from breakfast and lunch. It’s trips to McDonald’s because it’s easier than thinking about a meal that leads to weight gain, not tucking into the occasional candy bar while waiting for a train.

This all sounds very noble, but my life is busy. I don’t have time for whole foods

This is a common issue and one that we all face. The solution isn’t just as simple as saying, “make time.” That’s unhelpful and frequently unrealistic.

The key is fiber. Fiber is what makes us feel full, and as a result, it’s an essential part of the food matrix. Ultra-processed foods contain little to no fiber, as this is shed during the manufacture. The NIH is aware of this, so they provided fiber supplements to the study participants consuming the processed diet. No supplement can match the real deal, however.

As fiber makes us feel full, we eat slower. This was the key finding of the study. Those on the processed diet ate faster. As the body did not have time to process that it was full, more calories were consumed each minute. By the time signals reached the brain that the participant had eaten enough, it was too late.

The key to regulating calorie intake, it seems, is fibrous foods eaten slowly. This will leave us craving less food and treating calories as what they are. A fuel that enables the body and brain to operate. Where possible, we should be looking to eat smaller portions, more often.

This will combat the desire to reach for ultra-processed equivalents because we allowed ourselves to grow hungry. That, in turn, will help us squeeze back into the jeans that we refuse to throw away because we’re adamant that someday they’ll fit again. By addressing our dietary habits, somebody could arrive a lot sooner.