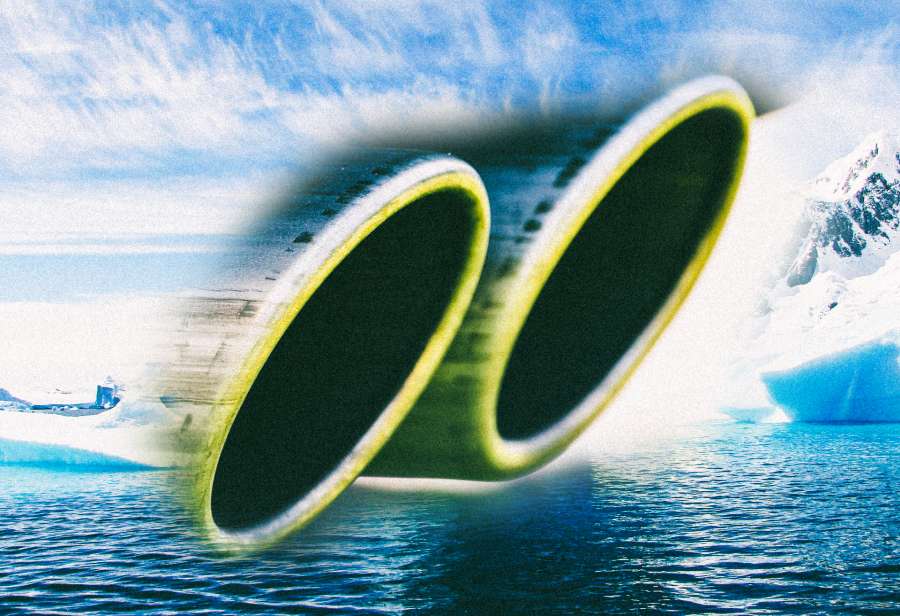 How many miles would you say that your car covers? We’re talking in a single day, a week, a month – however often life dictates that you need to slip behind the wheel and gun your engine. We’re not asking to cast any kind of judgment.

Here at The Sized, we’re entirely aware of how indispensable a car is in the modern world, especially for families. All the same, studies shine a sobering light on the impact of carbon dioxide from a vehicle. Just 90 miles in a car – that’s the equivalent of driving from NYC to Philadelphia – releases enough CO2 fumes to melt a foot of ice in the Arctic.

At a glance, that may not sound like too much of a big deal. The Arctic measures over 5 million square miles, and most of that space is covered in ice sheets that are up to 9 feet thick. Why shouldn’t you drive to the land of the Liberty Bell, cheesesteaks, and Rocky Balboa? It sounds like it will be a long time before these fumes start to cause an issue.

Unfortunately, it’s not just one of us that makes that decision. People all over the world are comfortably exceeding 90 miles a day in their cars. This means that millions of people are simultaneously releasing carbon dioxide into the atmosphere. In the last 40 years, over a million feet of ice has melted – and more of us are now driving private vehicles than ever before.

Volunteers Form Human Chain to Save Dozens of Beached Whales…

It is estimated that, by 2035, ice sheets will be a thing of the past during the summer.  What this means remains within the field of theory for now, but rest assured, none of the potential outcomes are positive. We need to realize that we are staring down the barrel of an environmental emergency – if not within this generation, then certainly the next.

This begs an important question, though – what can be done? While it seems that any attempts to reverse this trend are futile and are just delaying the inevitable, we owe it to Mother Nature to try.

Electric cars are growing increasingly popular, especially in Europe. The lack of combustion engines and gasoline in these vehicles means no CO2. In addition, carpooling and the use of public transport can reduce emissions.

Asking everybody to give up their car is as unfair as it is unrealistic. The fact is, a personal vehicle is a necessity, especially in modern-day America. If we can think just a little before starting our engines, though, we may be able to look to a brighter future.

Human Urine Is Shown to Be an Effective Agricultural Fertilizer