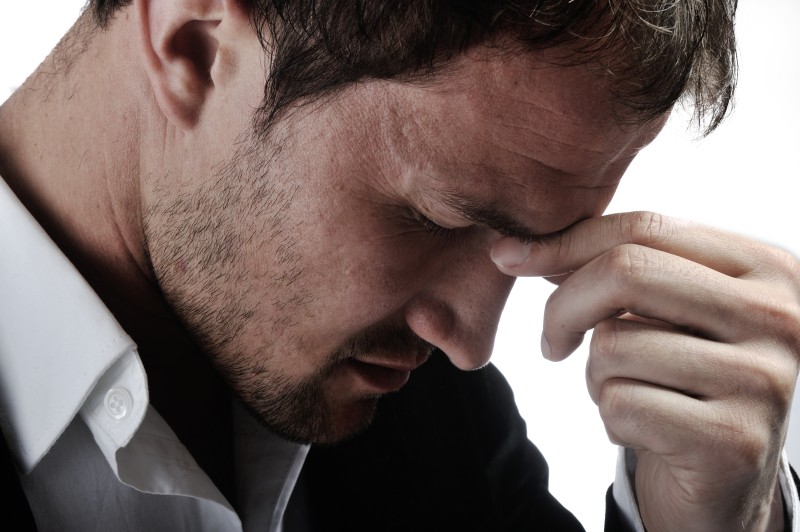 Stress is turning your gut against you, new study says

A new study has discovered a link between stress and autoimmune disorders that start in the human gut.
Share
Tweet
Pin it

Stress is often referred to as “the silent killer” due to the impact that it has on the human body. Most frequently, we associate stress with high blood pressure. This, naturally, leaves us open to the risk of heart attacks and similar concerns.

Also, stress is often linked to anxiety and depression. Given the oppressive nature of life in the 21st Century, this can lead to a worrying number of people taking their own life.

New research has uncovered another dark side to stress, too. It appears that heightened emotional turmoil can even turn our gut against us. We’re becoming increasingly aware of the importance of gut bacteria, and how smart the gut actually is in keeping us healthy.

Put bluntly, we need the right balance of bacteria in the gut to maintain mental, physical, and emotional equilibrium.

A new study – using mice, as human experimentation remains frowned upon in polite society – suggests that stress plays havoc with our gut. It appears that stress changes the composition of the bacteria found within. This, in turn, wreaks havoc on our immune system.

You will no doubt have noticed that you’re not quite yourself during times of high stress. If you’re working to a tight deadline, planning a wedding, attempting to move house – any kind of stressful social situation – you’ll naturally feel a little run down. Also, you’ll probably start displaying cold and flu symptoms.

“Not now – I don’t have time to get sick!” is a common refrain in such situations, but you may not have much say in the matter. It’s likely that a chemical reaction is occurring below the skin, and your gut is bearing the brunt of your stressful situation. The only way to get healthy again is to take a moment and calm down.

How does stress impact the gut?

According to the study, published by the American Society for Microbiology, anybody undergoing stress experiences changes in their gut bacteria. The gut basically turns on itself, and as a result, the human immune system starts to attack the body. This leaves us at risk of a wide range of autoimmune disorders, which vary in severity and impact.

Common autoimmune disorders, which we now understand could be linked to stress and the human gut, include:

It’s estimated that 20 million people in the US alone live with at least one of these health concerns, so this is research that it really pays to sit up and pay attention to. Having said that, we still haven’t answered the question. How does stress impact the gut?

For the study, two groups of mice were divided. One of these groups was exposed to encounters with more aggressive mice, which resulted in bullying and physical altercations. The second group was kept shielded from these pugilistic rodents, living a comparatively idealistic life of solving puzzle mazes and being rewarded with food.

Scientists continued the study for ten days, before studying the results. They found that the microbiota in the gut of both groups of mice was very different. The mice that had been exposed to stress-tested highly in two forms of bacteria, dehalobacterium, and bilophila. These bacteria have regularly been connected to autoimmune concerns. Multiple sclerosis is a particularly common diagnosis.

Under further investigation, it was revealed that the stress experienced by these mice was to blame. Every time the mice experienced hostility, the bacteria in their gut mutated into a destructive and hostile pathogen. This, in turn, traveled through the body via the gut. As they went on their merry way, these pathogens attacked the body and the immune system.

So the moral of the story is, don’t be bullied by an angry mouse?

You could interpret it this way if you so wish. Let’s be real – mice have a different reaction to stress than humans. For a start, they live in a near-permanent state of anxiety. As a prey species, mice are always on the lookout for predators that may turn them into a snack. This means that a ten-day study on mice isn’t necessarily the key to understanding human reactions to stress.

All the same, this is a step toward a greater understanding of the link between stress and autoimmune disease. Dr. Orly Avni, an immunologist at the Bar Ilan University that conducted the study, had this to say in a press statement.

“We know that there’s strong crosstalk between the immune system and the microbiota. An important step in understanding how stress may lead to autoimmune conditions is to identify the genetic responses of bacteria.”

This means that the research team now has reason to believe that humans may react to stress in a similar way to mice. And just because humans experience a different level of stress to mice, it doesn’t mean that we’re not dealing with it each and every day.

Sure, we don’t need to worry about a cat patting us around in her paws. Mice, however, don’t have the kind of worries that we experience, such as paying rent, juggling work, social and family commitments, and buffering streams when we’re engrossed in a Netflix box set.

Further investigation into the way that humans manage stress must be conducted before we can draw any real conclusions. At the time of writing, that’s difficult to the point of impossible. However, these insights may give healthcare professionals vital signs to look out for when diagnosing patients at risk of an autoimmune disorder.

If nothing else, it gives us yet another reason to take a breath and think about how we can bring a little less stress into our lives. Surely that’s worthwhile, and a concept that we can all get behind?

Sounds nice, but how am I supposed to manage my stress levels?

We get it – life is stressful by its very nature. We all have that moment when we realize that adulthood isn’t precisely what we signed up for. There are ways that we can manage our stress, though, and reduce our risk of exposure to autoimmune concerns. Just making a few changes to your daily routine can work wonders.

A little stress in our lives is unavoidable – that’s the cost of living in the 21st Century. Don’t let it consume you, though, for the sake of your gut – and your general health.