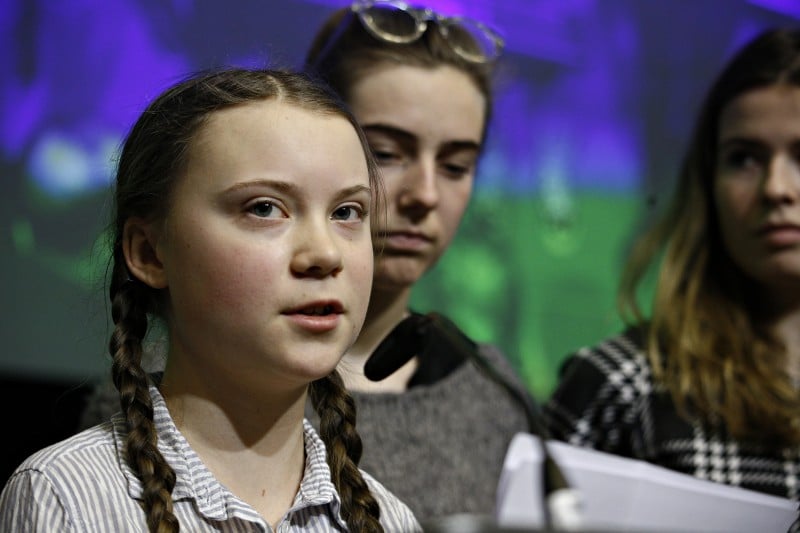 Is it still bad if a girl like Greta Thunberg is trying to save your planet?

Greta Thunberg is having to fight battles on multiple fronts; personal, social and climatic. Her opponents need to understand that if she loses her motivation, it will prove very costly for everyone.

On the 23rd of September 2019, Greta Thunberg spoke to the UN Climate Action Summit. The audience was probably expecting a teenager to quote alarming yet previously known statistics about climate changes, along with a call for action.

If she had done this, the impact of her speech would only have lasted until the audience had returned to their respective businesses. Thunberg, however, criticized the ever-so glamorized practitioners of economic development. She fiercely pointed out that she had missed school to speak out because of mistakes made by adults, not only the current generation but previous generations too. She urged people to take action today so that our environment can be saved tomorrow.

What is so wrong with Greta, a 16-year-old climate activist, saying that? Did the world not already know this? Is Donald Trump, amongst other world leaders, not being criticized for his denial of climate change?

When the entire world accepts there is a massive threat of damage to the environment and global sustainability, launching personal attacks on an activist and bullying her 13-year-old sister makes very little sense.

Greta is facing criticism that is far from rational or mature. Most of the negativities are directed towards her autism, gender, age, and nationality. In an interview with the Swedish newspaper Dagens Nyheter, Greta highlighted how her family members are being subjected to regular harassment and hatred.

My issue with those bullies is this: do you not realize that the world Greta is trying to save is yours as well? Enough links have been made between the treacherous criticisms against Greta and deeper underlying concerns, such as misogyny and corruption, which exist even in the most educated and developed nations.

Nonetheless, this article does not set out to reiterate how cruel and unfounded it is to use Greta’s autism to invalidate her position. And it is not going to highlight how the world at large is sinking into a US-style culture war that emphasizes an individual’s background and persona, as opposed to what he/she is emphasizing.

This article wants to make something extremely clear – CLIMATE CHANGE IS REAL! It is not going to happen, it is happening now. Amazonian rainforests have burnt down. Our fishes are dying because of plastic ingestion.

Unsustainable livestock farming and food wastage is fuelling, rather than fighting poverty. Parts of America and Asia are inundated almost every year, causing damage to life, property, and yes – everyone’s favorite – the economy. Ice caps are melting and, therefore, endangering species.

If you really cannot comprehend the extent of these issues, and have not researched any of the issues on the list of concerns above, and are still hell-bent on using your keypad to criticize rather than understand Greta, well… you’re hopeless!

But let me help you to get a clearer picture of what is happening to our world. In 2018, NASA published its statistics on the Annual Average Anomaly of global temperatures. A graphical display of the results is provided below:

According to the same report, 18 out of 19 of the warmest years since 1951 have occurred after 2001. And you’re claiming that action against climate change is no more than just window dressing? How dare you?

In another report by Lindsey and Dahlman for National Oceanic and Atmospheric Administration, a rise of a single degree in Earth’s total temperature, something that is often dismissed as a minute, means that all of the Earth’s oceans, ice peaks, and lands accumulate massive heat. That’s scary.

It needs to be realized that this change in Earth’s overall climate drives regional and seasonal temperatures. Regional environmental catastrophes, such as the recent floods in Chad and Cameroon, create situations of death, disease, and homelessness.

These are bound to lead to a rise in crime levels. However, because it is coming from a teenage girl, it is unimportant and joke-worthy.

At her UN speech, Greta kept a straight face and was on the verge of crying, and yet many have criticized how she has only caused stress and sparked fear in the world. But the scientific discoveries of global warming started during the 1970s, and observational work since the 1990s has supported the greenhouse effect theory.

Scientific publications have proved that human/business activities are quite literally setting the Earth on fire. Now we are drawing towards the end of 2019 and it has been 50 years since climate change was discovered to be a reality.

To manage public perception, there have been initiatives such as the UN Climate Change, Paris Agreement, climate secretaries in governments, sustainability reporting by corporations, and whatnot. But in terms of an objective and quantifiable reality, we are still struggling to achieve a global warming rate of 1.5 degrees above the pre-industrial level.

Mother Earth lost 1.3 million square kilometers of forests between 1990 and 2016. This fact alone shows the passivity of environmental protection initiatives and how active the ongoing destruction is. The world still wants Greta and her supporters to smile when she speaks.

We are still in the negative when it comes to destroying our environment, and local regulatory systems continue to protect those with money and power. We must remember that before women could vote, it was the law that ensured they could not.

Before people of color fought for their rights, it was the law that they were ranked low in society.

Laws are made by those in power in order to continue to protect their own interests. Realization comes from within the society through leaders, such as Thunberg, with or without autism.

Greta Thunberg has no personal vendetta against Argentina, Brazil, France, Germany, and Turkey, and she will not receive sums of money and a luxurious lifestyle by increasing international pressure on these countries.

The countries that leave the heaviest carbon footprints are the ones who adamantly refuse to acknowledge climate change or any action against it. Unfortunately, Third World countries continue to suffer the full impact of heatstroke, poor air quality, and floods.

It is for the sake of these countries – which are barely visible to the blinded and ill-directed developed nations – that activists such as Greta need to skip school for. Achieving the targets of clean air to breathe, pure water to drink, and sustainable food to eat is not just a Greta thing. It is a thing for everyone.