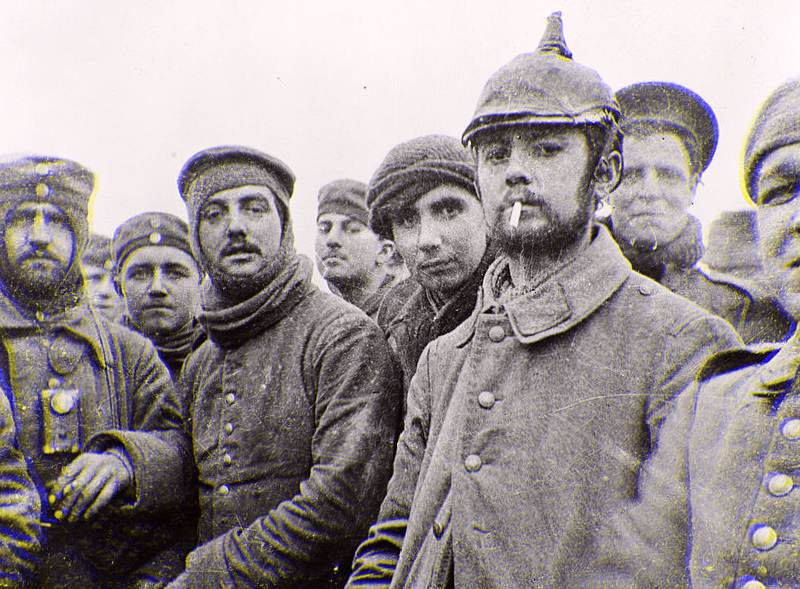 Soldiers fighting in WWI arranged a temporary ceasefire on Christmas

Human beings have been in conflict as long as human beings have existed. The history of our species is one of conflict against “the other,” and that isn’t going to change any time soon. Arguably, we are more divided than ever before on the grounds of race, social class, and political opinion.

Maybe we could learn a lesson from the past – in particular, the soldiers of World War I. This global conflict is referred to as The Great War for a reason. It claimed the lives of over 20 million people from all over the planet. WWI is sometimes overlooked in the annals of history, mainly because the opposing sides do slip neatly into the comfortable, “good vs. evil” dynamic of WWII.

Perhaps this – along with the spirit of the holiday season – is what inspired soldiers from each side to form a temporary truce on Christmas Day 1914. This was around five months into the conflict, and this stage, the hostilities were not at their highest. Many British soldiers were promised that they would be home by Christmas when enlisting in the summer of 1914. This was not to be – the war did not end until 1918 – but both sides were reconsidering their strategies during this period following a series of stalemates.

The trenches of English and French soldiers were separated from their German counterparts by a neutral territory dubbed No Man’s Land. In the build-up to the festive season, the German soldiers could be heard singing carols and were spotting lining their trench with Christmas trees. This piqued the interest of the British, in particular. Prince Albert, the German consort of Queen Victoria, introduced this festive decoration to England in 1840.

The warring soldiers engaged in a good-natured sing-off and shouted festive greetings to one another. The truce officially began with the actions of one brave German soldier. The man lifted his head above the parapet, potentially opening himself up to fire from the enemy. British and French soldiers followed suit, and before long, the soldiers were making their way to No Man’s Land.

Upon arrival, handshakes were exchanged, and a truce agreed. The soldiers exchanged festive greetings, bartered cigarettes, and even swopped Christmas gifts and souvenirs. Famously, several games of soccer were also played. Historical accounts vary about who won. If you follow the fortunes of the national teams of these countries, however, it’s safe to assume that it was Germany – probably via a penalty shoot-out.

Sadly, these truces did not become an annual tradition. During the early stages of the war, infantrymen on both sides were baffled as to what they were in conflict for. The conflict was not personal and contained limited animosity. Many felt like pawns in a chess game played by their military superiors.

The fighting became increasingly bitter in the years to come, as men that had seen their brothers in arms die no longer felt the inclination to celebrate. Christmas Day 1914 does remind us that common ground can be found in the most unusual of circumstances, however. One day, we may even see a respectful conclusion to a disagreement on Twitter.