Long before he found fame as an actor, Samuel L. Jackson was involved in a hostage situation at his alma mater college. 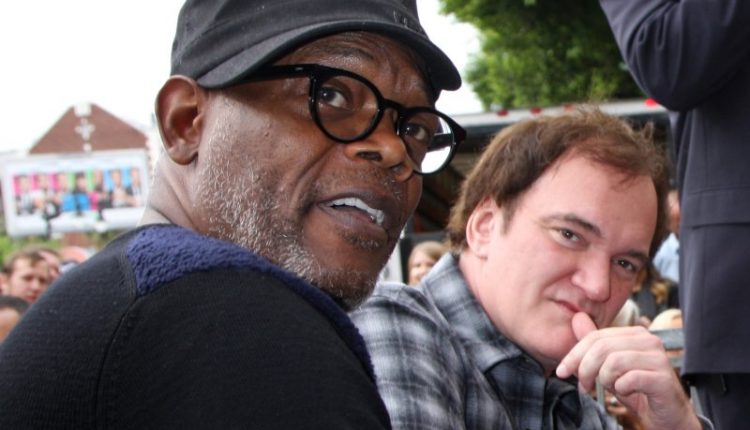 Despite this, fame came late to Samuel L. Jackson. While he burst into the pop-culture consciousness in 1994, aged 46, thanks to his role in Pulp Fiction, Jackson had already established himself with roles in the Spike Lee-directed School Daze Jungle Fever and Do the Right Thing – as well as memorable supporting turns in the likes of Jurassic Park.

As is so often the case; however, the truth is stranger than fiction as far as Samuel L. Jackson is concerned. Long before he found fame as an actor, Jackson was involved in a hostage situation at his alma mater college.

Samuel L. Jackson (the L stands for Leroy if you’ve always wondered) was born in Washington in 1948. As you may have guessed by this iconic drawl, however, Jackson was raised in America’s south.

Growing up in a single-parent family in Tennessee (his alcoholic father lived in Missouri, and Jackson met him just twice in his life), Jackson was no stranger to racism.

His elementary and high school educations were defined by segregation, and to compound his problems, Jackson suffered from a stutter.

These early setbacks gave Jackson a single-minded determination to succeed. To overcome his speech impediment, he used a trademark word as an affirmation.

You know the one – you’ve heard Jackson use it enough on screen. It involves an F-bomb with a maternal prefix.

These early experiences of racial prejudice played a sizable role in shaping Samuel L. Jackson. He became a political activist, playing a role in the civil rights movement throughout 1960s America.

He even attended the funeral of Martin Luther King Jr., acting as an usher. This would not be his final interaction with the King family.

Jackson enrolled in the reputable Morehouse College of Georgia in 1966, intending to earn a degree in Marin Biology. Morehouse is a predominantly African-American college, and part of what is colloquially known as the “Black Ivy League.” The Spike mentioned above Lee, and Martin Luther King, Jr. were both alumni of the facility.

In 1969, Jackson stepped up his activism. Teaming with a group of fellow Morehouse students, Jackson arranged a hostage situation. The college’s board of governors was locked in the building for two days. Among the hostages were none other than Martin Luther King, Sr.

The demands of Jackson and his associates were wholesale changes to the approach of the college, including amendments to the curriculum and a more significant African-American presence on the board of directors. We can only assume that Jackson drew upon the experience for his role in 1998’s The Negotiator.

In essential respect, Jackson’s actions were successful. Their demands were met, and reform occurred throughout Morehouse College. However, the actor was punished severely for his role in the incident. Jackson and his fellow activists were arrested, slapped with a criminal record, and expelled from the college.

Samuel L. Jackson once again increased his activism following his expulsion from Morehouse.

He became involved with the Black Panther movement, which he found hugely empowering. Unfortunately, this also made him a person of interest to the FBI, which terrified his mother.

On the advice of his parents, Jackson stepped on an airplane and flew to Los Angeles. He stayed in California for two years, working in social services.

Perhaps surprisingly, it wasn’t his stint in LA that provided Samuel L. Jackson with his acting break – though possibly spending time in such proximity to Hollywood sparked some ideas.

Jackson returned to Georgia in 1971, and once again enrolled in Morehouse. Thankfully, he was welcomed back. His education underwent some radical changes, though. Having lost interest in marine biology, Jackson had a brief dalliance with architecture. After joining a local theater troupe for extra credit, however, he opted to switch his major to acting.

It was at Morehouse that Jackson met his wife, LaTanya Richardson, when they were both performing in a college play. The couple married in 1980 and remained together to this day, having raised a daughter together. Jackson graduated as a Bachelor of Arts in Drama.

Jackson made his film debut in 1972, starring in Together for Days and trod the theater boards throughout Atlanta. In 1976, he relocated to New York. Despite struggling with addictions to alcohol, cocaine, and heroin (culminating in an overdose of the latter), Jackson forged a successful career as a stage actor.

He also enjoyed multiple supporting roles on screen throughout the late 1970s and 80s, before his performance in Jungle Fever earned critical acclaim. Ironically, Jackson played a crack addict in the movie – his first role since completing rehabilitation for his drug addiction.

These days, Samuel L. Jackson is the highest-grossing star in Hollywood. Taking roles in the Marvel and Star Wars franchises will do that for a career. Does this mean that he regrets his actions during the civil rights movement, including the Morehouse College incident?

Not at all. The actor himself is quoted as saying, “I would like to think because of the things I did, my daughter can do the things that she does. She barely has a recognition that she’s black.” It’s hard to argue with his standpoint. Samuel L. Jackson is an inspirational figure, as both a performer and a political figure. We’re unlikely to see his like in Hollywood again.