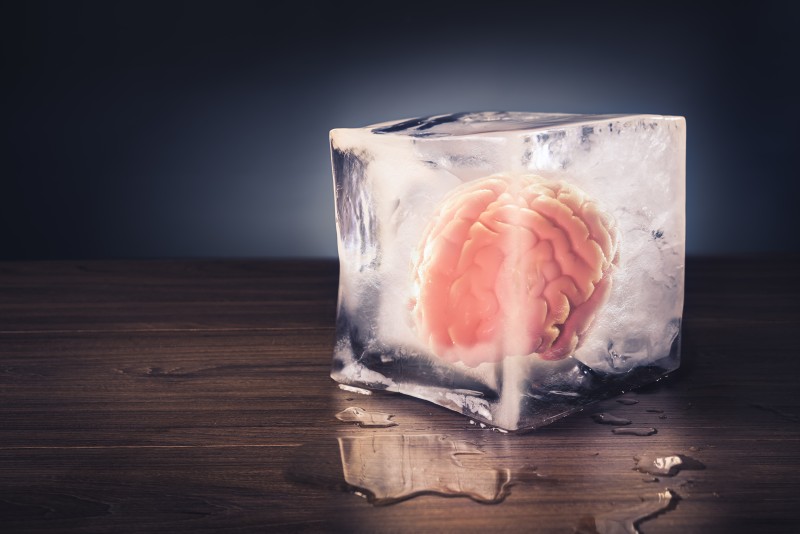 The scientist was working on a top-secret project. He knew that his work was controversial.

Followers of organized religion would call it blasphemous, and messing with the will of their deity of choice. Atheists and agnostics would not be terribly keen, either; they’d call the experiments unethical and best, and dangerous at worst.

Fans of horror movies would be particularly perturbed. They had seen what happened when it kind of science was attempted, and it rarely ended well for the human race.

You see, this scientist was dedicating his time to working with dead brains, intending to bring them back to life. Mainly, this scientist was looking to conquer death, and change our entire view of what it means. If these experiments were a success, death did not need to be the end. Brains could be revived.

This scientist was not based in Geneva, and his name was not Victor Frankenstein. It was – and still is – Nenad Sestan, based at America’s own prestigious Yale University. Dr. Sestan has found a way to restore the function of dead brains. Make of that what you will.

So what you’re saying is, zombies are now a thing?

Well, no. Dr. Sestan is not looking to reanimate corpses, so don’t panic. If you see somebody mindlessly shuffling around your local supermarket with no life in their eyes, it doesn’t mean they’re the walking dead. They probably just haven’t had their morning coffee yet.

Dr. Sestan’s studies were centered on the brain – whether that belonged to a human or another mammal. He paid particular attention to the neurons that control our thoughts, our speech, and our motor functions. That’s right – basically, everything that makes us human and helps us function as living, breathing entities.

As a neurobiologist, Dr. Sestan naturally has a healthy fascination with all things connected to the brain. This inspired him to conduct experiments that he kept to himself, not even sharing his findings with his family of the Dean of Yale. He orders in slices of brain from deceased humans and animals, which were delivered on ice.

These may have been the brains of the recently deceased, the owners of which took their last breath within the last few hours. In other cases, they had been dead for well over 24 hours.

The upshot was the same, however. Dr. Sestan and his dedicated team took sample cells from these brains – brains that, lest we forget, were clinically dead – and managed to grow new, active cells.

In essence, he was taking a dead brain and bringing it back to life. The results were not permanent, with the new cells surviving for a maximum of a few weeks, but it remains an astonishing development in the realm of science.

Dr. Sestan claims that “lots and lots” of people knew that this was a possibility. He was the first person to make the leap into active experimentation, however. The next step? Upgrading from reviving solo cells to reactivating an entire brain. Dr. Sestan wants to bring the dead back to life.

Maybe so. This doesn’t change the fact that Dr. Sestan’s revolutionary research is a gamechanger in our understanding of brain function, though. These experiments mean that Dr. Sestan has popped the hood of the human brain, and gained a new insight into the wiring found beneath.

Dr. Sestan paid particular attention to the connectome, which hosts the neurons and synapses of the brain. These numbers in the billions and trillions respectively. Dr. Sestan and his team dedicated their efforts to creating a fluid that keeps the connectome fresh, even if brain function had ceased.

They had to start small, working with slices of brain matter that measured a single centimeter. However, they managed to preserve the brains – which came from human, pig, and mouse subjects – for up to six days at a time.

The only issue was the tissue would start to decompose the instant it was exposed to room temperature. The brains had to be stored in a refrigerator to retain their integrity. Once removed, the process of oxygenation began.

This simply would not do for Dr. Sestan. In his own words, “I get an idea, and I want to finish it. I have to finish it. The experiment was constantly on my mind. Like, What is the solution here?”

The solution, it transpired, was gravity. When Dr. Sestan visited a colleague that worked in the university morgue, he noticed a perfectly preserved human brain. It was explained to Dr. Sestan that suspending the brain upside-down and feeding a steady stream of preserving fluid kept it in a suitable condition.

This fluid would drop into the brain and ‘feed’ the arteries. This has proved to be considerably more impactful than traditional techniques, such as cold temperatures of submerging the brain tissue in formaldehyde.

This technique, known as perfusion, imitates the blood that would flow through a living brain. The tissue did not deteriorate, and it didn’t grow. It basically sat in a state of perfect pause, waiting for the next step of the experiment.

Yeah, whatever, get to the good part – how did he revive a dead brain?

This discovery changed the way that Dr. Sestan had been approaching his experiments. As discussed, he had previously been working with thin slices of the brain, one centimeter at a time.

Now, he realized, he could use an entire brain. This, in turn, meant that he could potentially revive a whole brain. If he could do it with single cells, why not the entire thing? Go big or go home, right?

Naturally, Dr. Sestan had reservations, though. He knew that this would be uncharted territory and that not everybody would take kindly to what he was going to attempt. What’s more, this had been entirely unintentional. When he began his experiments, Dr. Sestan had no intention of restoring life to the dead.

Not that this was entirely new. Scientists have been attempting to reanimate dead mammal brains since 1803. An Italian physicist by the name of Giovanni Aldini famously attached the severed head of an ox to a battery, in the hope of shocking the beast back to life.

Quite what the poor animal would do when it discovered that it no longer had a body to match was presumably a secondary concern.

The head of the ox started to shudder due to the voltage but soon stopped. Aldini moved onto human experimentation, attaching his battery to the corpse of a British murderer.

The body of George Forster was provided to Aldini by the British government following his execution, and the physicist applied batteries to the ear and anus. Again, the body shook and shivered, and the left eye even opened. Forster was unable to spring back to life and request afternoon tea and crumpets, though.

Aldini’s experiments failed because he was exclusively reliant on electricity. Without the addition of oxygen and blood – in addition to the many and varied natural acids and gases that live within the body – there was no chance of bringing a corpse to anything resembling life.

With medical science enjoying some strides forward in the last two centuries, Dr. Sestan understood this, and drawing upon the research of his contemporaries of the last few decades, he learned how to keep a brain intact post-mortem. It was a case of replicating the experience of a living, active brain.

By perfusing the brain, Dr. Sestan has been able to reanimate it for experimentation. This means that he can conduct groundbreaking research into brain disease – and yes, maybe eventually change the way we view brain death.

For now, though, let’s hope that scientists do not tamper too much with this. We prefer to keep our zombies firmly on the cinema screen and within the confines of a video game console, thank you very much.