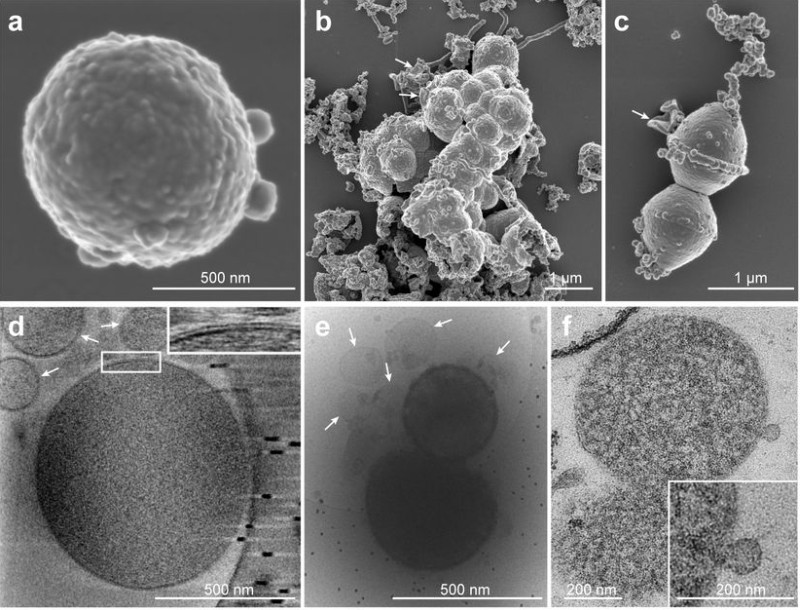 All life comes ultimately from microbial ancestry. These tiny creatures divide into one of four categories; archaea, leukarotya, bacteria, and the very recently discovered archaeotea.

The last of these, in spite of likely dating back to time immemorial, wasn’t discovered until 2015. These seemed to be archaea but also had characteristics of leukarotya, making them a brand new and previously unrecognized form of life, in a grouping dubbed Lokiarchaeota.

They were named for the hydrothermal vent near Greenland, known as Loki’s Castle, which they were discovered in a sample taken in the vicinity of in 2010.

They have also mirrored the old Viking trickster God’s capacity for shape-shifting and surprising (and, some suspected, fooling) humanity. In a Petri dish, they look very much like bacteria, but genetically and behaviorally, they are totally unlike them.

Experts couldn’t help but doubt that so unique a find must be an anomaly, or perhaps a contaminated sample. The divide between archaea and leukarotya had been seen as fundamental and absolute, so the first suspicion was that this was some kind of a glitch.

That was still a suspicion when other, similar archaea with leukarotya-like characteristics were discovered.

Following the naming of the first discovery, after the Norse Pantheon’s trickster god, the rest were named Thorarchaeota, Odinarchaeota, and Heimdallarchaeota, for the ever-popular Thunder God, the All-father at the head of the pantheon and for the guardian of Asgard (Viking Heaven) ‘s magical bridge respectively.

Collectively these are the Asgard archaea and may provide a missing link for the origins of the leukarotya, something which has been fiercely argued over for several decades.

However, there was still some doubt, hovering. The discovery of Lokiarchaeota was based on reconstructed DNA fragments and, without a complete sample, there could always be suspicion of error.

But now research from a team of Japanese biologists has proved that Lokiarchaeota is anything but an anomaly and, in fact, can even be grown under laboratory conditions. In a paper released on bioRxiv (a web page for research awaiting peer review) the team detail their success in, not just locating, but creating Asgard archaea in the lab.

The origins of their study were very far from the idea of creating or discovering Lokiarchaeota. In fact, when they took their first samples, back in 2006, those organisms were still unknown to science.

Their initial sample was a sediment core taken from the seabed. And not just any sea bed, this sample came from the astonishing depth of 8,310 feet below sea level, in the Nankai Trough.

The team then attempted to replicate the atmosphere of a deep-sea thermal vent in the laboratory. To do this, they created a continuous-flow bioreactor, fed by methane and carefully climate controlled, to encourage any microbes in the sample to multiply.

It took the team five years to cultivate this artificial biome, by which time the discovery of Lokiarchaeota had been made but not yet confirmed. As such, when they moved to take samples from the biome and to grow them in glass tubes, fed by controlled levels of nutrients, they were able to recognize their tiny population of Lokiarchaeota.

After having extracted the micro-organisms, the team concentrated on growing the communities they had isolated. Many of these acted as expected, doubling their population, in the case of bacteria, roughly every half hour.

However, the Lokiarchaeota were peculiarly sluggish, taking approximately 960 times as long as bacteria to double its community, at a freakishly slow 20 days. And this doesn’t seem to have been due to any unexpected variance in their conditions.

“The culture consistently had 30-60 days of lag phase and required over 3 months to reach full growth,” the bioRxiv paper explains, “Variation of cultivation temperatures, and substrate combinations and concentrations did not significantly improve the lag phase, growth rate or cell yield.”

This artificial microbe, which the researchers called Prometheoarchaeum syntrophicum, named for the Ancient Greek proto-God who created humans from clay, has a few other peculiar properties.

For one thing, it seemed strangely shy, unwilling to grow without certain fellow micro-organisms for company. Explicitly it favored Methanogenium (archaea) and Halodesulfovibrio (a bacterium).

It was noted that the by-product of Prometheoarchaeum breaking down its foodstuffs (amino acids) was a surfeit of hydrogen. The friendly bacteria and archaea both fed on this hydrogen, which certainly suits their needs, but also seemed to suit Prometheoarchaeum too.

When the hydrogen by-product was not taken up by any other organisms but instead left in the environment, the researchers noted that it impeded Prometheoarchaeum’s growth (already painfully slow by micro-organism standards).

This suggests that the three existed in a symbiotic relationship, or, to be technical, a syntrophic relationship, one where the growth of one species is affected by what the other (or both) eats.

More unusual still was the physical relationship of this syntrophic friendship group. Archaea, including Asgard archaea, have tentacle-like flagella to help them move around their environment.

As adorable as this image is, it may be incredibly important too. Asgard archaea have long been thought to possibly provide a missing link, describing how archaea led to eukarotya, the single-cell building blocks that allowed more complex life to come into existence (everything we commonly recognize as life; animals, plants, fungi, humans…).

There have been suggestions that archaea swallowing and absorbing a bacterium may have been the first step towards the existence of eukarotya, but Prometheoarchaeum’s relationship with bacteria and archaea shows another window into how different micro-organisms could have come together to create increasing complexity.

It isn’t proof and, in reality, these organisms may differ radically from those that existed over a billion years ago in the distant origins of life. But it’s an exciting first step and who knows what still remains to be discovered.