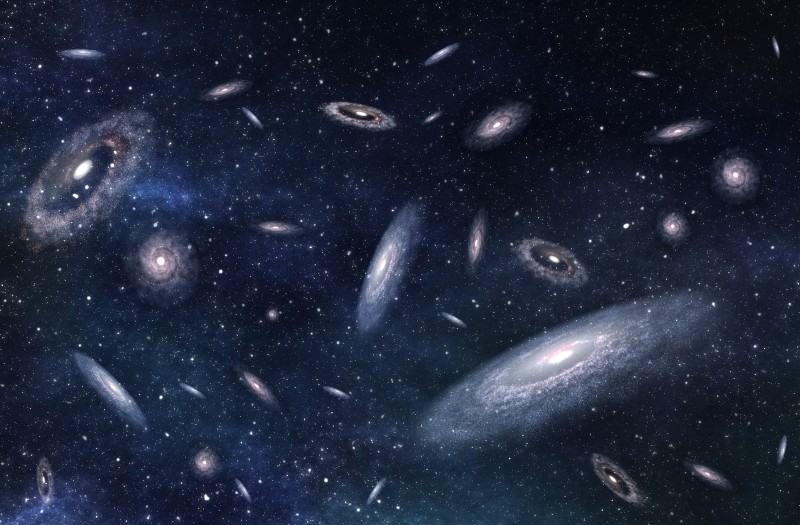 The world beyond the stars has always fascinated us, but it’s difficult to understand. Even astrological experts can’t decide whether Pluto is actually a planet or not, do what hope do us mere proles have?

Just to make things even more difficult – but undoubtedly fascinating – is a recent discovery of a new array of hidden galaxies. Previous undiscovered and thus unknown to yet the most established of interstellar researchers, these galaxies have opened up new opportunities to learn about the world above our heads.

This is a game-changing discovery and one that will potentially solve any number of interstellar mysteries. With the aid of this new information, complex subjects including dark matter and supermassive black holes may leave the realms of theory and into fact.

You’d be forgiven for thinking that allowing entire galaxies to go undetected suggests that scientists haven’t been paying attention. Are galaxies not huge? How on earth can they have gone unnoticed until now?

To really wrap your head around this, it helps to understand the jargon used by astronomers. Galaxies, solar systems, and universes are all completely different things, with varying definitions.

Here’s a quick dummy guide to aid you in differentiating between the various terminologies.

First, let’s take a look at the solar system. A solar system is built around one particular star and everything that is impacted by the gravity of this star. In our solar system, that star is the sun.

This is why we measure the distance of recognized planets (and Pluto #neverforget) in terms of distance from the sun. Earth orbits the sun from a distance of around 92,955,807 miles. Uranus (oh, stop sniggering at the back!), meanwhile, is more like 1,783,956,692 miles from the sun.

The size of our solar system is difficult to grasp. For context, imagine that the sun is the size of a traditional tennis ball. This would make the planet Earth (which is larger than Mercury, Mars, and Venus, but smaller than the remaining four planets) as small as a grain of sand.

Now, this solar system is located within a galaxy – also known as the Milky Way. The solar system orbits around the galaxy, taking around 250 million years to complete the process. With this in mind, maybe, understandably, other galaxies have hitherto gone unnoticed.

Vast arrays of empty space separate galaxies and there is plenty to learn about our own before we concern ourselves with additional discoveries. Galaxies are where scientists discover such phenomena as black holes, which are parts of space with intense, inescapable gravitational pulls.

Where does the universe come into this? Well, the universe is the big kahuna that holds all of these galaxies. We’re not even going to attempt to describe the size of the universe. The human brain just won’t comprehend it, no matter how hard we try.

What’s more, experts believe that the universe is not static in size. It keeps expanding, at a rate that nobody can keep up with. Look at it this way – try to picture the size of the universe as you imagine it. Now multiply that by a trillion. You’re still nowhere close to comprehending the sheer mass of the universe, but at least now you know how hard it will be to do so.

Thanks for the science lesson, but tell me more about these new galaxies

It has long been speculated that the universe had more galaxies to discover. Even the Hubble Telescope was previously incapable of unlocking some of these mysteries, though. Despite being launched into space and poking around, the Hubble did not find anything that was deemed worthy of reporting. So what changed?

To answer that, we’ll hand it over to Tao Wang, an astronomer at the University of Tokyo. As Wang explains:

“This is the first time that such a large population of massive galaxies was confirmed during the first 2 billion years of the 13.7-billion-year life of the universe. These were previously invisible to us. This finding contradicts current models for that period of cosmic evolution and will help to add some details, which have been missing until now.”

Professor Kotaro Kohno, a colleague at the University of Tokyo, elaborates further.

“The light from these galaxies is very faint with long wavelengths invisible to our eyes and undetectable by Hubble. So we turned to the Atacama Large Millimeter/submillimeter Array (ALMA), which is ideal for viewing these kinds of things. I have a long history with that facility and so knew it would deliver good results.”

If you’re interested in reading more about this subject, check out this paper published by Wang in the journal Nature.

Hold on, though – don’t go rushing to Wal-Mart to buy a telescope so you can see these discoveries for yourself. If the Hubble could not detect these new galaxies, there is little chance of us doing so from our own backyards. There are 39 new galaxies in all that have been discovered, but they are all but invisible to the human eye.

These galaxies are enormous, but the light they emit is greatly diminished by the time it reaches Earth. This is a real shame, as they would be a genuine treat for the eyes.

So what does this all mean for our understanding of the universe?

Our scientific understanding of these subjects has always been wholly theoretical. That will remain the case – for now – but theories will need to be revisited and revised according to these discoveries.

What’s more, these galaxies would produce a very different vision to that of our own solar system. According to Wang:

“For one thing, the night sky would appear far more majestic. The greater density of stars means there would be many more stars close by appearing larger and brighter. But conversely, the large amount of dust means farther-away stars would be far less visible, so the background to these bright close stars might be a vast dark void.”

One thing is for sure – this is not the end of these discoveries. More and more will come to light (if you’ll excuse the turn of phrase) over time, and our understanding of the world beyond the stars will continue to expand. Who knows? Maybe someday, we’ll be able to visit these uncharted territories for ourselves.