Research shows an incredible sounding breakthrough in the issue of surplus CO2 – harnessing it to make fuel, with the help of a little gold. 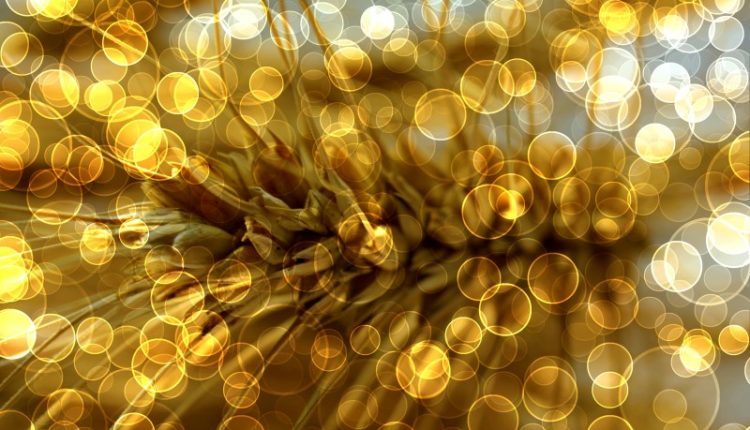 Research recently reported in Nature Communications shows an incredible sounding breakthrough in the issue of surplus CO2 – harnessing it to make fuel, with the help of a little gold. Prashant Jain from the University of Illinois at Urbana-Champaign has hit upon an exciting new way to take dangerous greenhouse gases out of the air and put them to use, modeled on the energy converting technique of plants.

Natural photosynthesis sees green plants using the energy of sunlight to rearrange the molecules in water and carbon dioxide and create glucose, a usable, storable source of chemical energy.

Not only is natural photosynthesis one of the best ways of removing and trapping CO2 from the atmosphere, but it is also the very start of the food chain that humans depend on to exist. As such, deciding to emulate something so fundamental to our existence is a bit of a big ask.

But this is precisely what Jain’s research has managed to achieve. Where glucose is the chemical fuel in plants (and transferred from plants as useable energy to the animals that eat them) Jain and his team are aiming to use artificial photosynthesis to make liquid fuels, similar to propane and methane, for human use (to power homes and vehicles, let’s just make that clear, it’s definitely not to eat!).

Also, where plants use chlorophyll (which is also the chemical that gives them a green coloration) Jain’s artificial photosynthetic breakthrough has been using nano-particles of gold to act as the necessary chemical catalyst. Jain laid out his aims clearly and simply.

“The goal here,” he said, “Is to produce complex, liquefiable hydrocarbons from excess CO2 and other sustainable resources such as sunlight.”.

As global warming becomes an ever more apparent threat to the future of humanity, the desperate search for alternative power sources that will allow us to keep the lights on, without burning the metaphorical house down, is gathering pace.

While solar, wind and tidal could all form the backbone of a future power grid, one that is about as close to carbon-neutral as you can get, none of those are capable of capturing and removing the CO2 that has already entered the atmosphere from our past century and a half of gas-guzzling. Unlike photosynthesis.

Compared to the sources of fuel humans have so far been relying on, photosynthesis is astonishingly efficient, capturing about a billion tonnes of CO2 and turning it into organic matter, using a meager 3% of the energy that the sun sends to the Earth.

Human efforts to tap the sun, using photovoltaic cells, are clumsy and inefficient by comparison and still leave issues of storing the energy created, for the times when the sun isn’t shining, which plants solved millions of years ago.

But this a problem that plants also took millennia to evolve their answer to. Even with our finest scientific minds working on it, humanity’s attempt to find a solution as elegant and intricate as that of plants may also have to take its time, perhaps 10-20 years or more, by some estimates.

Skeptics have suggested that the timescale of decades to achieve this may be beyond optimistic and that, in reality, it may never be made.

But with their latest breakthrough using gold as a catalyst, Prashant Jain and his team are substantially more optimistic. Their gold nano-particles were first used successfully in experiments led by Jain in 2018, but now he has gone one step further, into the genuine photosynthetic territory, converting CO2 molecules into those of complex hydrocarbon fuel.

The particles of gold, measuring just a matter of nano-meters in size, are electron-rich and crucially able to absorb visible green light which then allows them to transfer photo-excited electrons and protons to the ionic liquid which they are suspended in.

Instability means that the catalyst can either degrade over time or cause unusual reactions within the cell that could damage its working. Oxides are more stable but often much slower in their reactions with sunlight, making them unviable.

Cobalt oxide is a rare speedy exception, but what it makes up for in speed of reactions it loses out on in its sheer rarity. In comparison, gold may be a famously precious metal but, if all you need is nano-particles, there is a good amount of it about, compared to cobalt oxide at least.

“In this approach, plasmonic excitation of [gold] nano-particles produces a charge-rich environment at the nano-particle/solution interface conducive for CO2 activation,” the paper detailing Jain’s research explains, “while an ionic liquid stabilizes charged intermediates formed at this interface, facilitating multi-step reduction and C–C coupling.”

Ultimately the process should create a source of clean energy, a liquid fuel that can power all the things we have been relying on dirty greenhouse gases to run up until now.

Hydrogen cells have previously been candidates for a perfect clean fuel, but the method of storing energy in them, without creating further greenhouse gases, has always been a struggle.

Methanol is also a key candidate for a clean fuel (generally extracted from the methane in natural gas) but which could well be created by artificial photosynthesis.

The next step is to improve the abilities of the gold nano-particles as drivers of the chemical conversions and then to begin scaling up the experiments to something that could produce meaningful amounts of fuel.

Even with his optimism, Jain doesn’t think we’re there yet. “I think we’ll need at least a decade to find practical CO2-sequestration, CO2-fixation, fuel-formation technologies that are economically feasible,” he says, “But every insight into the process improves the pace at which the research community can move.”


Mobile phones are killing the planet and they’re only getting worse
New Philippine law would require students to plant 10 trees if they wish to graduate school
The Marshall Islands are a nuclear catastrophe waiting to happen
Scientists are close to inventing spray-on solar panels
Lake found at 11,000 feet in the Alps may prove climate change is real
The riskiest states in US to live that are most likely to experience a natural disaster