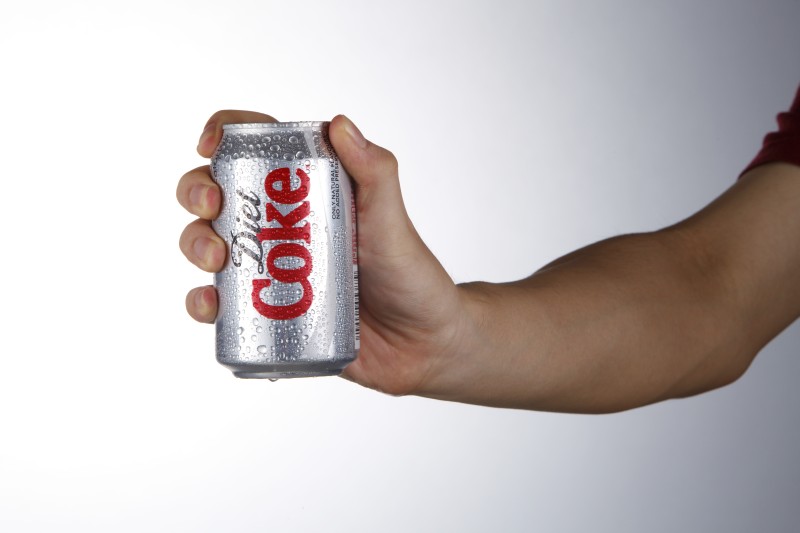 There are serious safety fears hovering over the use of a popular sweetener as experts weigh in on its dangers.
Share
Tweet
Pin it

You may be familiar with aspartame already since it crops up as a replacement to sugar in everything from fizzy drinks to breakfast cereals to puddings, coffee sweeteners, and breath mints, over 6,000 different commercial food products in all.

Its qualifications as a replacement are exemplary, it is 200 times sweeter than regular sugar and pretty much calorie-free (since the quantities it is used in are far lower than sugar, due to its intense sweetness).

Consumers will have become very familiar with its trademarks, NutraSweet, Candarel or Equal, over the last several decades it has been in widespread use.

There have long been queries hovering over how safe it is as a product, for many different reasons, but as recently as 2013, the European Food Standards Authority (EFSA) flagged it through as safe. However, two researchers are now questioning whether this EU response took all the available facts into account.

Professors Erik Millstone and Elisabeth Dawson have raised what they say are legitimate concerns over a long history of adverse neurological effects associated with the sweetener, and the attitude of EFSA.

They point to warnings, dating as far back as 1974, from several different researchers, associating aspartame with brain damage and lesions, as well as lung and liver cancer.

And yet, in spite of these studies, the European Food Safety Authority found it safe for use in 2013, which Millstone and Dawson fear may be a decision based on deliberate lack of information.

In particular, they flag up a 2010 EU-sponsored study that discovered an association between the over-consumption of fizzy drinks by pregnant women and premature births, which they feel has been disregarded. But it’s not just this study, whose backing came from the same political body as the EFSA decision, they identify a pattern of rejected research.

Millstone and Dawson’s study of the EFSA decision draws attention to the fact that, of all the different papers included as evidence, 73 which indicated the possibility of aspartame having harmful effects were deliberately discounted and disregarded, while 84% of the documents showing no adverse effects were regarded as reliable.

The inference would seem to be that papers were ignored that did not uphold aspartame as a safe product.

“Our analysis of the evidence shows that, if the benchmarks the panel used to evaluate the results of reassuring studies had been consistently used…then they would have been obliged to conclude there was sufficient evidence to indicate aspartame is not acceptably safe.” Millstone said, “This research adds weight to the argument that authorization to sell or use aspartame should be suspended throughout the EU, including in the UK, pending a thorough re-examination of all the evidence by a reconvened EFSA that is able to satisfy critics and the public that they operate in a fully transparent and accountable manner applying a fair and consistent approach to evaluation and decision making.”

Millstone had passed his own 30-page dossier of evidence to the 2013 EFSA panel, but this was not used, perhaps helping to fuel his doubts about their neutrality.

Among his criticisms are four key planks; that EFSA guidelines on risk assessment transparency on multiple grounds were breached, that negative studies were given a low hurdle to clear, (even those previously dubbed “woefully inadequate” and “worthless” by experts), that high hurdles were created for any studies indicating adverse effects (dubbed ‘positive’) in spite of 73 of these being more reliable than many of those indicating no risk, and that the EFSA procedure was inconsistent and based on unacknowledged assumptions.

Professor Millstone, who is Professor of Science Policy at the University of Sussex, and who has published books on BSE and government policy as well as food atlases, has been a critic of aspartame for some time and has received criticism from many quarters for his stance.

The makers of the sweetener have been particularly vocal, describing Millstone as being ‘obsessed’ with their product and questioning both his expertise and his inclination to ignore scientific evidence.

Yes, it is true that over 100 different regulating bodies worldwide have recognized aspartame as a safe product. Even independent charities, such as Cancer Research UK and Diabetes UK, have described aspartame as safe. Less surprisingly, industry bodies have also sided against Millstone’s study.

The International Sweeteners Association, for instance, pointed to the EFSA decision, saying that “scientific opinion…concluded that aspartame is not a safety concern.” While Gavin Partington, director-general at the British Soft Drinks Association, took the attack to Millstone.

“The author of this study is a committed critic of aspartame,” Partington said, “Despite the substantial body of scientific research that undermines his claims.”

Many consumers may also be aware of many products containing aspartame having warnings on them of the possibility of their containing phenylalanine.

This is not as major a threat to public health as it might sound from the slightly frightening name. Instead, phenylalanine is dangerous to those born with the disorder phenylketonuria, which leaves them unable to process the naturally occurring chemical properly.

However, phenylalanine is, for most people, not just harmless but in fact, an essential amino acid which we all need to live and grow.

The fears that phenylalanine levels from aspartame can have neurological effects have been widely reported but are less consistently supported by any scientific findings. In fact, if anything, aspartame’s effectiveness as a sugar substitute is associated with many positive health effects, including healthy weight loss and reduced incidence of diabetes.

But Millstone and Dawson’s research does have at least one supporter, in the form of Tim Lang, Professor of Food Policy at City, University of London.

“The paper is both important and timely,” he says, “The global health advice is to reduce sugar intake, yet much of the food industry – especially soft drinks – maintains the sweetness by substituting artificial sweeteners. Millstone and Dawson help expose that strategy for what it is, a continued sweetening of the world’s diet. The healthy strategy is sure to tackle the cultural reinforcement of sweetness and to encourage less sweet foods and drinks, full stop. Surely we now argue: reduce both sugar and artificial alternatives. ”