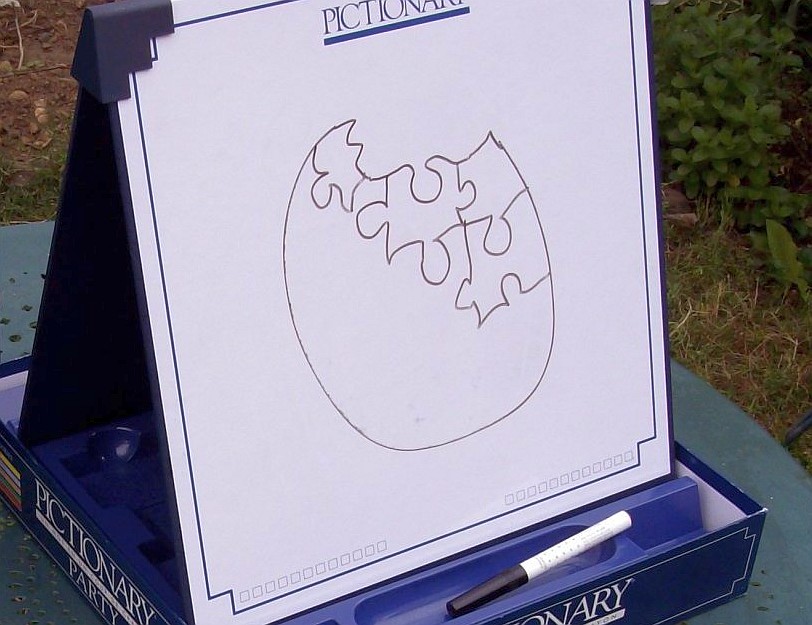 Pictionary is a curious game. In theory, it’s a fun party piece that anybody can enjoy. All you need is a pencil, a piece of paper, and an imagination. In reality, it frequently tears families and friends apart as the competitive spirit bites. Translating what’s in your mind to paper is not easy for those lacking artistic ability.

If you think it’s tricky playing Pictionary with humans, however, spare a thought for employees of Seattle’s Allen Institute for Artificial Intelligence. Researchers at this facility have been playing a variation of the game with AI-controlled robots. Dubbed Iconary, this version of the popular game is designed to enhance AI understanding of human thought processes.

How is Pictionary supposed to teach AI anything?

Whilst AI is undoubtedly smart, it’s not fallible. Perhaps the biggest accusation against the technology is that it lacks common sense. After all, artificial intelligence is devoid of emotion. It’s designed for problem-solving and reading algorithms, after all.

Playing Iconary gives AI something to think about. The researchers involved in the project are asking the AI to process the information that is being provided. For example, the team may draw a simple picture such as “walking in the forest.”

This can escalate to slightly more complex requests, such as, “woman shopping for soap.” Eventually difficult phrases, such as, “celebrating a festival” or, “throwing a plate at a teammate’s head because I drew a wigwam and not a circus big top” can be attempted. It will fall upon the AI to decipher what is being drawn. The more it gets correct, the greater the understanding it will forge.

OK, and can the AI draw too?

Of course, this works both ways. The AI will also draw pictures, and ask the human players to guess the meaning. This can be hugely beneficial. It teaches the system what words humans typically understand, and how to communicate.

This could be a breakthrough for people with limited reading comprehension or communicating in foreign languages. If AI is struggling to make itself evident, it can fall upon different techniques.

The English language, in particular, is packed with similar words and complex paradoxes. AI is smart, but it’s ultimately just a machine. If AI can fall back upon images, however, it can make itself clear without resorting to hours of frustrating back-and-forth.

The researchers are confident that playing Iconary is forging a connection between themselves and their AI subjects. By shining a light on how we think, this AI will respond more appropriately to future scenarios.

In many respects, Iconary is the first step toward forging professional and meaningful connections between humans and AI. The fact that it also involves playing games all day under the banner of research is just a happy bonus.

OK, you’ve convinced me. Can I play too?

Upon heading to the site, you’ll be given a choice to draw or to guess. You can also choose the difficulty setting. Once you’ve done so, you can play a game of pseudo-Pictionary. You’ll be pitting your wits against AllenAI, the source of all this research.

Remember, you’re not trying to outfox your AI opponent (unless you are deliberately sabotaging the experiment in an attempt to prevent a robot uprising.) The goal of Iconary is to help the AI understand your intentions. This means that, in an ideal world, you’ll be working together.

Give it a go yourself. You’ll gain a genuine sense of achievement when the AI successfully understands your on-screen scribbling. Just don’t attempt to get started until you have cleared your schedule. It can be surprisingly addictive.

Ultimately, playing games against AI is nothing new. People have pitted their wits against chess computers for decades, after all. Pictionary is a new realm, though. For the first time, AI is thinking beyond cold, hard logic and having fun while imitating human thought processes. That’s either exciting or terrifying, depending on your perspective.