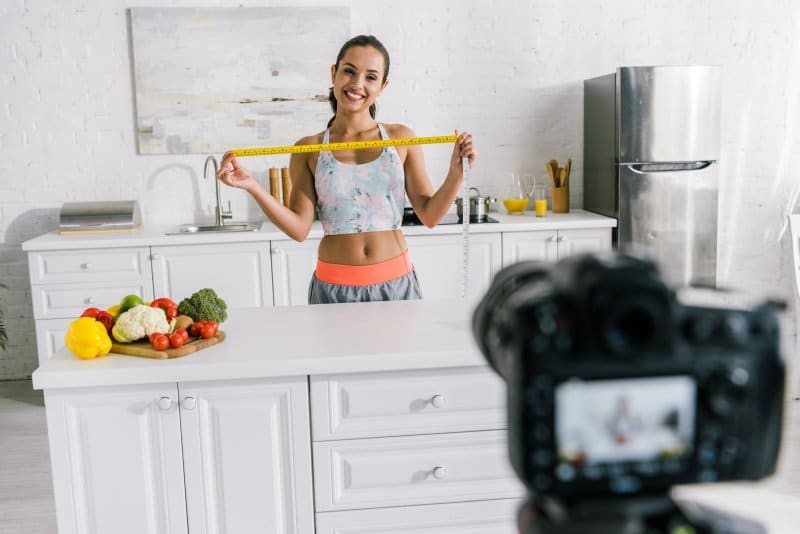 Here’s why you should reconsider wellness advice from influencers

The world has changed almost beyond recognition in recent years. This is primarily due to the rise – and dominance – of social media. In 2019, expertise increasingly gave way to popularity and influence.

The advice of health and lifestyle gurus on Instagram and Facebook are followed more intently than the opinion of many healthcare professionals. If you need to get any “OK Boomer” comments out of your system, do it now. We have a relevant point to make, backed up by a case study.

The curious case of Belle Gibson

Belle Gibson was an Australian blogger and wellness guru that rose to fame with her mobile app, The Whole Pantry, in 2013.

The app, which was packed with recipes, guides to living well, and general support, was a phenomenon. Two hundred thousand downloads were made within a month, the app was pre-installed on the then-cutting edge Apple Watch, and publishing powerhouses Penguin offered Gibson a book deal. The world, it seemed, was Belle Gibson’s oyster.

[ Read: How long could a human being realistically live? ]

Why was The Whole Pantry such a big deal? Well, Gibson claimed that she had conquered cancers of the brain, liver, blood, kidneys, and spleen – all of which were declared terminal – entirely through diet and lifestyle changes.

Gibson doubled down on her claims, too. Not content to declare science ineffective in her battle with malignant tumors, she accused the Gardasil cervical cancer vaccine of causing health concerns. According to Belle Gibson, her young life was due to end thanks to a reaction to the vaccine prematurely. Fortunately, she turned things around through her diet.

What an inspiring story!

Yeah, not so much. Belle Gibson’s world began to fall apart in 2015 when it was discovered that her claims of ill health were fraudulent. Gibson never suffered any form of cancer. It’s not clear if she has ever experienced anything more problematic than the common cold.

Gibson was exposed when it was revealed that she failed to donate the proceeds of her empire to charity, as promised. What’s more, Gibson also raised charitable donations through her social media followers, seemingly pocketing the money.

All the while, Gibson maintained her charade that she cured cancer without the aid of medical science. Other lifestyle gurus took a similar approach, many of whom are no longer with us. Gibson’s claims also potentially landed a great many parents in legal hot water. Refusing to vaccinate a child is a federal offense in Australia, but Gibson’s accusations caused significant consternation throughout the country.

[ Read: This is what your body goes through when you have a hangover ]

Initially, Gibson attempted to cover her tracks. She backtracked on previous claims and deleted social media posts and profiles. Eventually, she admitted that nothing she has said was true.

Gibson was heavily fined for breaking Australian consumer law and is now facing federal charges for failure to pay the fine. You can read more about this case in the book The Woman Who Fooled the World, by Beau Donnelly.

OK, but one bad apple doesn’t spoil the whole bunch

True, but the story of Belle Gibson should give us all pause for thought. What drives these supposed lifestyle gurus to eschew science and claim that alternative therapy is the way forward? Perhaps more importantly, what are we all so keen to believe in them?

A big part of this appears to be a symptom of the modern world. Trust in authority figures has rarely been lower. This creates a gap in the market for social media influencers – especially charismatic, photogenic, and charming bloggers. A skilled influencer can convince vulnerable people to hang on to their every word.

If only there were a word for superficially charming individuals that use the susceptibility of others for their gain. Ah, yes, there is. Sociopath.

[ Read: What intermittent fasting diet plan is the best? ]

The reach and immediate nature of social media help bloggers to spread their message through marketing, advertising, and direct communication. Lifestyle gurus typically follow the same pattern. They market themselves as the ‘opposition’ to stuffy old doctors that want to ruin your fun.

A doctor told you that it would be a good idea to drop a little weight and cut down on alcohol? Judgmental, much? You can trust what the lifestyle guru has to say. After all, they’re just like you.

Maybe so. The fact is, though, most lifestyle gurus offer the same advice as healthcare professionals. They package it in a softer, more palatable fashion – and charge a substantial sum of money for their trouble.

The tips of many lifestyle gurus are akin to a cold reading from a supposed psychic. They’ll encourage the consumption of more fresh fruit and vegetables and less red meat. They’ll tell you to drink less and exercise more. Now and again, they’ll toss in a detox diet plan, usually based on whichever fad diet is popular that day. The science and nutritional data behind these diets are sketchy at best – and often dangerous.

It’s entirely down to personal choice if you prefer to follow the advice of lifestyle gurus. Just try to remember the case of Belle Gibson – and others like her – before reaching for your credit card. There will never be a shortage of people keen to turn the misfortune of others to their advantage, especially over the internet. Always check the qualifications of a supposed expert, and do what you can to investigate their credentials. Your life may depend upon it.