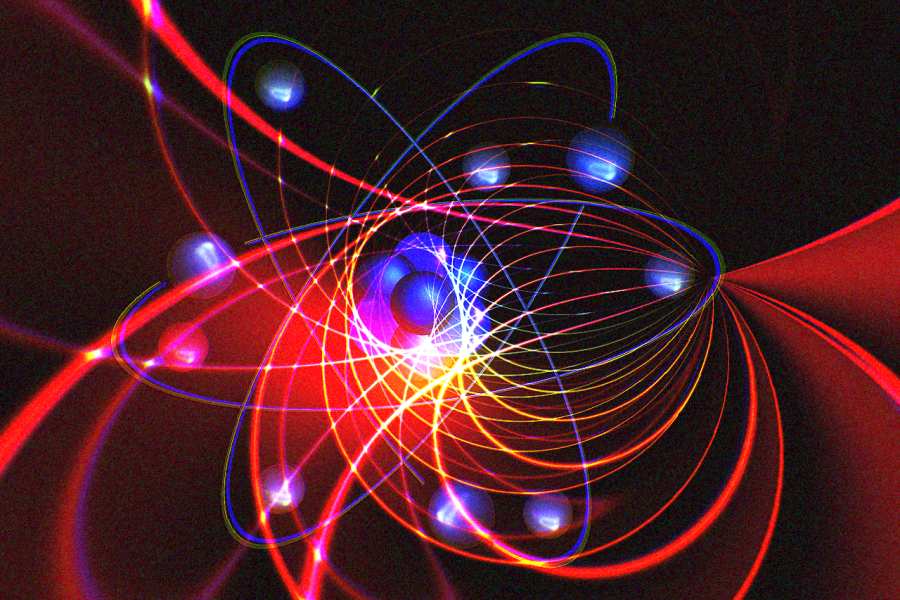 Quarks and electrons may have consciousness

The quantum realm can turn up some peculiar things. Many people struggle to get their heads around concepts like quantum entanglement and Heisenbergian uncertainty. But one of the weirder concepts to peak out from the strange conceptual soup of the non-Newtonian universe is the idea that quarks (and other subatomic particles, let’s not discriminate, eh?) may be conscious.

Philosopher Phillip Goff, in his latest book Galileo’s Error: Foundations for a New Science of Consciousness, has put forward the rather extraordinary claims as part of his very particular vision of the universe, a philosophical lens with which to view reality which he describes as panpsychism. He laid out some of the basics in a recent interview with Scientific American magazine.

From a scientific perspective, this probably sounds all kinds of crazy. Still, lecturer in Philosophy at Durham University Goff is deeply committed to this worldview, and particularly to opposing the positions of physicalism (also known as materialistic monism and the position to which arguably most adherents of science would ascribe) and dualism (where the concepts of consciousness and matter are not just separate but essentially irresolvable), and feels he has sound philosophical grounds to back it up.

His previous book, Consciousness and Fundamental Reality went fiercely on the attack against physicalism, insisting on its inability to account for the existence of consciousness, and hence since just by reading this, you yourself know consciousness is real, it must be false. In this interrogation, Goff settled firmly on his preferred solution to the mind/body or matter/consciousness problem: panpsychism. The concept that everything is, more or less, conscious.

And he’s very far from alone in giving credence to the concept, with even respect minds from the world of the hard sciences, including noted British physicist Roger Penrose (who has famously written on the quantum origins of consciousness in the human mind) and neuroscientist Christof Koch, expressing their favor for panpsychism.

This is partly because it would solve, not just a hard problem, but the ‘hard problem’ of consciousness (which any other branch of science or philosophy has yet to do) as well as also answering the problem of intrinsic meaning in physics, what matter actually is, not merely how it behaves. However, whether non-mathematical language is simply the only answer philosophers will accept for an answer to a philosophical question may also be at the root of this latter issue. Since the inherent slipperiness of language may make it even less trustworthy when it comes to pinning down intrinsic meaning.

Certainly, there are peculiarities in what we objectively known of quantum reality that gives an intuitive feel of consciousness, particularly the ‘observer effect.’ This has led some physicists to conclude a weirdly philosophical proposition; that consciousness is essential to the chosen quantum state of an observed object, or ‘consciousness causes collapse,’ putting the (human) observer at the center, and as the creator, of the universe.

To some, this solipsism might collapse the universe into incomprehensibility since there is no objective reality, only the frame of reference of any given observer. But would allowing consciousness to all those unobserved quarks and black holes allow them to observe themselves into existence, at least until some obliging physicist takes a look at them? Perhaps? In this, panpsychism might arguably fit neatly with Eugene Wigner (he of the Wigner’s Friend thought experiment and driver of the ‘consciousness causes collapse’ position)’s ‘participatory universe.’

But many critics within the field of physics feel that Wigner and his followers have simply misunderstood the science that they draw such substantial philosophical conclusions from.

Nonetheless, Goff is pretty convinced that panpsychism offers “a beautifully simple, elegant way of integrating consciousness into our scientific worldview…marrying what we know about ourselves from the inside and what science tells us about the matter from the outside.”

Whether or not he is right is something we may never be able to know. Maybe we should ask the quarks if they do?