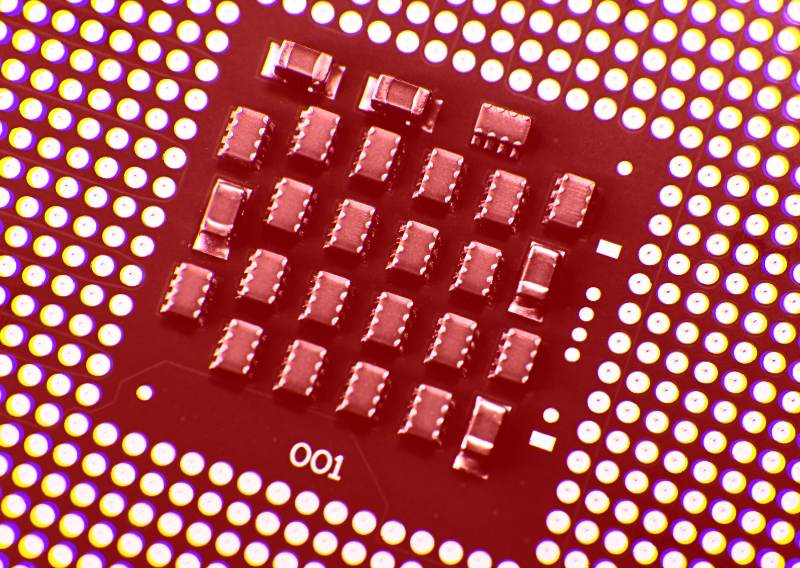 We’ve written about both quantum teleportation and quantum computing on this site before this last year, but, as it drew to a close, 2019 had one last breakthrough up its sleeve when it came to both fields. For the first time in history, quantum teleportation has successfully been demonstrated within computers at the University of Bristol in the United Kingdom.

In a paper published in Nature Physics, the team at Bristol University, working with the Technical University of Denmark and using computers in the University of Bristol’s Quantum Engineering Technology (or QET) labs, managed to communicate data between separate chips, not using wi-fi or Bluetooth, but rather the ‘spooky action at a distance’  of quantum entanglement.

To do this, the team used two photons, whose quantum state had been entangled. Each entangled photon was placed in a different chip, isolated from one another, and state changes in one, triggered by a measurement, were then communicated (or ‘quantum teleported’) to the other. Quantum information was encoded into the photons, the information being specifically designed to minimize interference and maximize accuracy, a longstanding issue in quantum computing.

And the choice of the coded data certainly worked a treat. The fidelity of the information exchange across the experiments came in at a whopping 91%, a figure that could be a game-changer for quantum computing. As well as this information exchange, the experimental equipment also proved itself capable of such entanglement swapping, a task required by quantum repeaters and quantum networks, as well as achieving the four-photon GHZ states that are needed by both quantum computers and, if it should be possible, the quantum internet.

That said, the equipment needed was far from humble. The experiment required a lot of heavy-duty equipment, for such tiny scale changes, but the implications of its success for the future of computing are nonetheless pretty huge.

The teams used regular silicon chips, with a nanoscale photon component (also known as ‘silicon-photonic circuitry’), proving that the current standard component for information technology can still be improved upon and incorporated into quantum computing. In their paper, the researchers express the hope that this lays the groundwork for “large-scale integrated photonic quantum technologies for communications and computations,” with lead researcher Jianwei Wang (who has since moved to a position at Peking University) stating that it may open the door for “Fully chip-based CMOS-compatible quantum communication and information processing networks.” This may only be the laboratory-based experimental beginnings, but a quantum computing industry may be just around the corner.

As we’ve covered before on this site, the potential for quantum computers to be hacking proof is immense and increasingly valuable in an increasingly cyber-insecure world where secure hardware could help to negate the cybersecurity skill shortage that is fuelling the current crisis. Not only that, but the qubit at the heart of the quantum computer, which has three potential states rather than the binary on-off ‘bits’ of a conventional computer, allows for processing power many times that of any computers so far seen, revolutionizing the processing capabilities of our thinking machines and making previously unimaginable science (which would require mammoth levels of number crunching) not only possible but even easy.

The quantum entanglement at the heart of the QET Lab experiment is a phenomenon that caused Einstein headaches, and a certain amount of conceptual anxiety, and which is still very mysterious and not fully understood (or even fully proven, to the demanding criteria of science). But, even allowing for its elements of mystery, recent years we have seen it being given practical applications, being observed in ever-larger objects (almost the width of a human hair!), had it conceptually proved using the light from distant quasars, seen it demonstrated over record-breaking distances (from the nearest edges of space in a Chinese satellite) and even (perhaps most remarkably) captured on camera.

The science is still in its infancy, but with strides like this being made with ever more frequency, we can say with increasing certainty that the age of the quantum computer is coming. The only question that remains is just how soon?