4 prison escapes that are just like a fairy tale 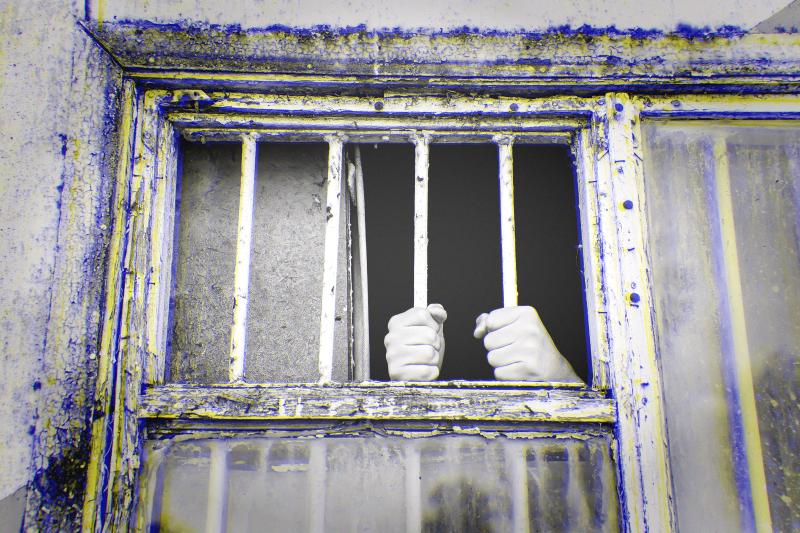 There is no fortress that cannot be broken over – neither from the outside in nor from the inside out. Prisoners were running away from dungeons in the Middle Ages, from the Doge’s Palace in Venice, the HM Prison Reading in Great Britain, the London Tower, and the Bloodthirsty could escape even from the Azkaban.

We share 4 striking cases of prison escapes in world history.

The most daring escape from prison in British history took place on 25 September 1983 in County Antrim, Northern Ireland, when 38 prisoners from the Irish Republican Army (IRA) fled. They were serving sentences for murders and assassination organizations. During their escape, one of the guards had a heart attack and died, and another 20 were injured, two of them being shot with rifles, illegally imprisoned.

The prison is believed to be one of the most strictly guarded in Europe. In addition to the 5-meter fence, each of the blocks is surrounded by its own 5- meter high wall with barbed wire and steel gates.

Shortly after 2:30 a.m., the prisoners “took over” their block, threatening the guards. Some of them took the clothes and keys from the guards’ cars. At 3:25 a food delivery truck arrived and the driver realized that he would help the prisoners escape.

The men tied his leg to the pedal and told him where to drive. At 3:50 the truck left the block and soon after the prison with all 38 men in it.

In the following days, 19 of the prisoners were captured. The others received help from the IRA to find asylum. Some of the group managed to go to the United States but were later found and extradited.

Due to poor politics in Northern Ireland, none of the non-found have been convicted, and some have even been amnestied. At the moment, metal ropes are stretched over the entire prison to prevent helicopters from landing in case someone wants to escape in this way.

This Slovak Jew was one of the few who managed to escape from Auschwitz. Wetzler and his escape partner Rudolf Vrba were known for the description they gave of what the camp looked like from the inside – they both gave a plan of the camp, details of the construction of the gas chambers, crematoria, and most convincingly – a bottle of poisonous gas “Zyklon B “. The Vrba-Wetzler report was the first detailed description of Auschwitz that the Allies recognized as authentic.

Two hours before the routine inspection on April 7, 1944, Wetzler and Vrba were hidden in a shelter made by other prisoners. The hiding place is outside the perimeter of the camp and an annex was being built there, preparing to take over Hungarian Jews in the future.

The hiding place was a pile of wooden debris intended for construction. To deceive the camp dogs (used just for such cases), the prisoners scattered tobacco and gas around the place.

The same evening the sirens sounded. The inner and outer areas of the camp were surrounded for the next three days. But since there was no sign of the two Jews, it was thought that they have already escaped. On April 10, the two, wearing German coats and boots taken from the camp, headed south to Slovakia.

For its 29-year history, 14 escape attempts from Alcatraz have been registered, involving 34 prisoners. Officially, each attempt ended in failure, and those captured were either killed or returned to their cells. But two attempts (from 1937 and 1962), in which the participants were not found, produced theories that their escapes were in fact successful.

The most famous escape was from June 11, 1962, when Frank Morris and the Anglin brothers came out of their cells, went to the attic of the block, cut the bars, and went out on the prison roof through a vent. From there they went down the gutter, jumped over the nets, and got on a boat. There were doubts that the trio has survived and have been reported missing and then dead. However, no bodies were found.

In January 1943, Roger Bushell, a prisoner in a German POW camp, made one of the most ambitious escape plans in history. The plan was to dig three tunnels with the code names Tom, Dick, and Harry.

Each of the entrances was carefully chosen so that it would not be seen by the guards. In order not to be detected by the microphones of the camp, the tunnels were dug at a 9- meter depth. They were very small, enough for a person to pass through. All kinds of timber from the camp was collected and used to strengthen the “structures”. In five months, the captives dug up 130 tons of soil. “Harry” was completed in March 1944 and the escape began.

Under the cover of the moonless night, prisoners from neighboring bungalows entered the tunnel. However, it turned out, that the exit was not where it was supposed to be, but was dangerously close to the camp fence. 76 men managed to get out of it. On the morning of March 25, the 77th prisoner was spotted by the guards. Only three of all men managed to escape, 50 were killed and the rest were sent back to the camp.