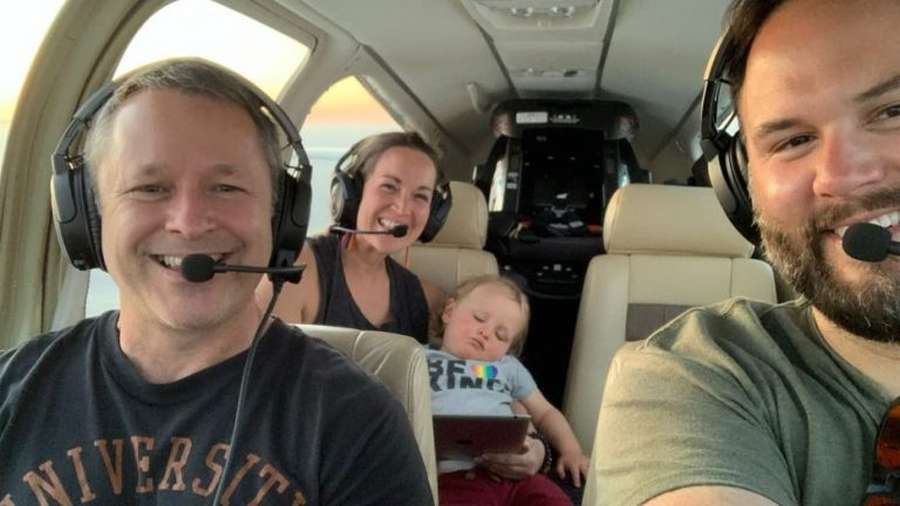 In a world that the COVID-19 pandemic has undeniably ravaged, To Mask or Not To Mask has become one of the most divisive debates of recent times. For some, failing to wear a protective layer over the mouth and nose is a dereliction of safety protocols. For others, insisting on masks is a violation of civil rights and liberties.

We’re willing to wager that, whatever side of the fence you sit on, you’re entrenched in your views but are prepared to at least hear out an opposing perspective. That’s all part of the cognitive abilities that come with adulthood. Sadly, toddlers are famously less reasonable. Michelle and Erik Harvey of Denver learned this the hard way.

The Harveys were boarding a plane back to their hometown of Austin with their 2-year-old son Jackson when things took a turn. Erik and Michelle were aware that the airline Southwest insists that all passengers aged 2 or over wear a fast mask throughout their flight. As Jackson is aged 2 years and 5 months, the couple spent days practicing this with their child.

Jackson boarded the flight with the mask and, and all seemed right with the world. Alas, from the moment he sat down, he changed his mind. The child continually tore off the mask, and Michelle repeatedly put it back on. It sounds like the world’s most exhausting game of whack-a-mole.

Alas, an eagle-eyed flight attendant spotted the struggle and demanded the Harveys leave the plane before take-off. Michelle pleaded for the opportunity to try again, even offering to hold the mask in place for the entire two-hour flight, but to no avail.

So, the Harveys were left at Denver airport while the plane – which still hosted their luggage – took off without them. Erik posted a lengthy video to Facebook detailing the ordeal upon returning home, which quickly attracted thousands of views. Among these viewers was an old friend of the Harvey family.

In a curious twist, this led to a happy ending for Michelle, Erik, and Jackson. This family friend happened to be a qualified pilot that owned a twin-jet private plane. He flew the Harveys to Austin free of charge (presumably with a free-and-easy policy for toddlers and face masks) – and even offered to collect them at the other end.

Everybody will have their own opinions on whether children should wear masks, but it was an impossible demand for the Harveys. The intervention of this good Samaritan saved a family vacation.

Street Artists Transform an Ordinary Building into a Spectacular Bookcase