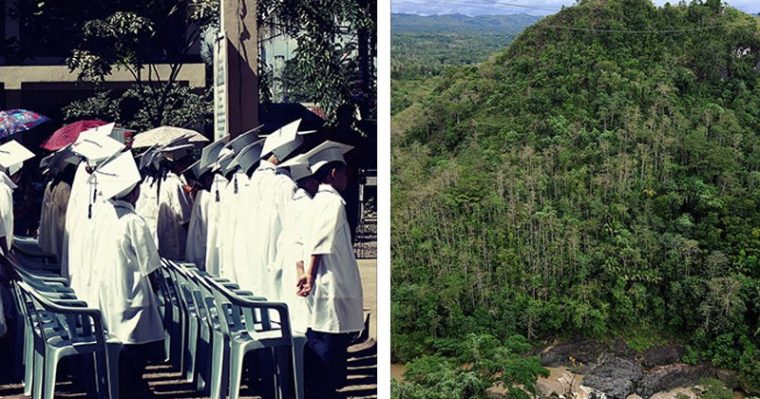 Unless you have been living under a rock recently, you will be familiar with the name Greta Thunberg. This Swedish teenager has shaken up the world of politics with her environmental activism. Clearly, other nations are sitting up and taking note.

Take a look at the Philippines for an example. In May of 2019, a bill was passed in the country’s lower parliament that impacts upon all schoolchildren – and more importantly, the future of the planet.

To graduate any of the country’s three core educational platforms – primary school, high school, or college – students must plant ten new trees. The upshot is that the world will be a greener, more ecologically sound place for these young people to grow up in.

Photo by Joe Digital and Co 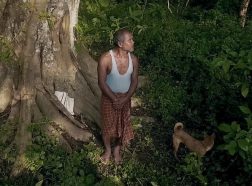 We think so. It’s the brainchild of Gary Alejarno, a congressman in the country. Alejarno feels that this will encourage young people to take on a sense of responsibility for the good of the planet. They’ll be helping their own generation look forward to a brighter future – and hopefully set a positive example that young and old alike can draw inspiration from.

Obviously, Alejarno is not naïve. He does not expect every tree that’s planted to grow and reach its full potential. It’s a numbers game, though. School-age children make up over 30% of the population in the Philippines. If as little as 10% of the planted trees survive into adulthood, the number of trees will swell by over 500 million over a single generation.

We should also note that, at the time of writing, this bill is not yet law. The House of Representatives in the Philippines have approved the suggestion which, was replaced with HB08728 and received by the Senate on 2019-01-15.

If the President of the Philippines signs the bill into being, the Department of Education and the Commission on Higher Education will be charged with enacting and enforcing the law.

Some might say that it’s unfair to expect children to right the wrongs of previous generations. Ultimately, however, it’s the safest way to see results. The youth of today will be the world leaders of tomorrow.

By planting the seed of responsibility (sorry not sorry) now, we may be looking at a brighter, more eco-friendly future. That’s undoubtedly necessary if our children and grandchildren want to maintain a habitable planet for generations to come.

Photo by Trees for the Future

It’s not just the Philippines, either

It’s impossible not to be impressed by Gary Alejarno’s initiative and forward planning. Don’t despair, though. This focus on saving the planet from the young is not exclusively localized to the Philippines. It’s becoming increasingly widespread.

We have already mentioned Greta Thunberg and the impact she is having on western politics. Other young activists are doing their part, too. The Earth Day Network handily collates a list of fresh-faced eco-warriors that are doing their part. Give these noble young people a follow on social media, and encourage their efforts.

Photo by the Akshar Foundation

Cast your eyes toward Indian for another revolutionary approach to educating the young about environmental issues. Parmita Sarma and Mazin Mukhtar set up the Akshar Foundation School in 2016. In doing so, they hit upon a novel idea for membership fees.

State education in India is under fire, and private education is expensive. Rather than charging rupees for their efforts, however, Sarma and Mukhtar ask attendees to pay their fees in plastic. Each child should bring 25 pieces of plastic to school per week in exchange for their education.

Naturally, this plastic will be recycled. This minimizes waste and teaches children about responsibility in their hands. The environmental education continues at the academy, too, where the children are taught how to make use of solar power panels.

We can’t expect children to do everything for themselves. While they’ll be on the planet long after we have moved along, there is still work for each and every one of us to do. All the same, teaching this environmental advocacy at a young age is no bad thing.

If we continue with this trajectory, the next generation of teens will see Greta Thunberg become the norm, rather the exception. That’s undoubtedly something to celebrate?

Read Next Is it still bad if a girl like Greta Thunberg is trying to s...

Food security in the UK may be threatened thanks to the overuse of herbicides and the spreading of resistant strains of Black Grass.

We are getting spray-on solar cells, soon.

China getting close to workable nuclear fusion with its “artificial sun”

The Chinese are closing in on the holy grail of sustainable energy.

Food security in the UK may be threatened thanks to the overuse of herbicides and the spreading of resistant strains of Black Grass.
Read More
We are getting spray-on solar cells, soon.
Read More
The Chinese are closing in on the holy grail of sustainable energy.
Read More
The melting Arctic sea ice spreads a virulent and deadly virus.
Read More
The carbon footprint of our phones is only growing with each successive new release and the resources to make them are running out fast.
Read More
Don’t get fined this winter.
Read More
Over eleven thousand academics, scientists and researchers released a joint statement declaring a global climate emergency.
Read More
A steady drop in Earth’s stocks of Phosphorus could spell danger for humanity.
Read More
Legalizing gene-editing livestock to enter the U.K. food supply could reduce the burden on livestock.
Read More
Roopkund Lake has a haunting history – but can science shed light on this mystery?
Read More
Oil has been located in the Australian outback. Is Oz about to become a financial superpower?
Read More
Climate change is causing the snow at the peak of the Alps to melt, creating lakes at high altitude.
Read More