People with depression use language differently 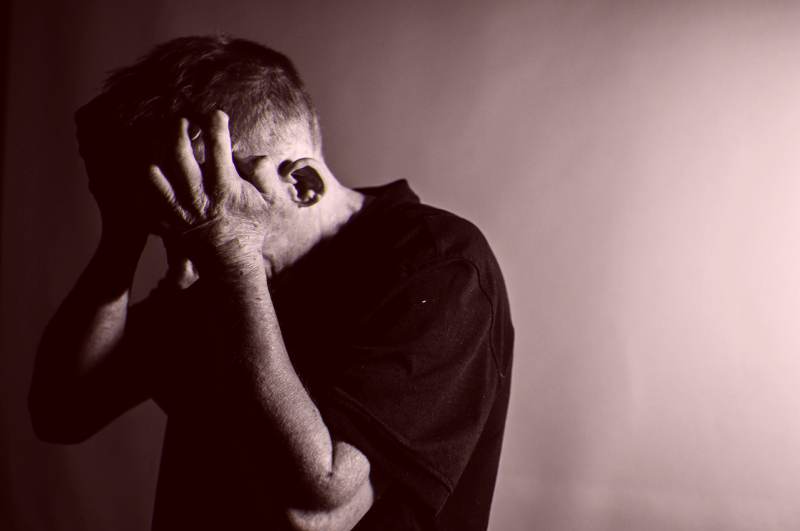 To the uninitiated, depression in others can be challenging to spot. If you’ve ever been unfortunate enough to be diagnosed with the condition, you’ll be acutely aware of its impact.

Everything about a person is influenced by depression, but that’s not always clear the outside world. How many times have you heard somebody say, “so-and-so can’t be depressed? I saw them the other day, and they were laughing and joking!”

This leads to many people hiding their mental health ailments. Sadly, there remains a stigma surrounding depression in certain cultures. People will not reveal their struggles for fear of being seen as weak, or due to the lack of understanding outlined above.

Now it seems, a new method of identifying depression in loved ones has been uncovered. The University of Reading ran a study, published in Clinical Psychological Science, surrounding the language of depression. It appears that people living with complicated emotional issues – such as depression and anxiety – are prone to use particular words.

It’s all about absolutism

The study unveiled subtle shifts in language between those with depression and those without. The core takeaway was the use of absolutist terms. It seems that these are a better indication of underlying depression than words that denote negative emotion.

Now, this doesn’t mean that negative language should be ignored or disregarded. It just means that we should read between the lines wherever possible.

Take a conversation with a friend, for example. If you were to ask somebody if they had plans for the weekend, their response could be telling. A depressed person may respond with, “No, I never have plans.” Somebody feeling a little brighter may use language like, “no, I try not to make plans.”

Likewise, you will be able to gauge a sense of somebody’s mentality by their response to a minor accident or mishap. If somebody stubs their toe or drops a glass, listen out for their reaction.

“Oh dear, I am such a klutz, I am so sorry!” sounds as though the person is beating themselves up over their mistake. However, this language is potentially less concerning than, “I always do stuff like this, sorry.”

This theory was put to the test by observing the use of language online. It’s no secret that the internet can be a pretty binary place, and people tend to use extremist language in an attempt to be heard over the roar of the crowd. All the same, the results were impressive.

The study compared the use of absolutist language across a range of popular online discussion platforms and forums. Part of the sample group were sites like StudentRoom and Mumsnet, which attract a vast cross-section of users and contributors every day. Besides, forums and groups dedicated to depression, anxiety, and suicidal thoughts were also surveyed.

It was discovered that absolutist terms were around 50% more common in discussions dedicated to depression and anxiety. On the forums devoted to those with suicidal tendencies, this rose to 80%. Again, let us stress – this is the internet. People may speak a way that they would never consider in public life. All the same, the results are telling, and a little chilling.

We could also use examples of people from the public eye. Here is a short excerpt from The Bell Jar, the novel written by celebrated poet Sylvia Plath. Plath famously struggled with depression throughout her life before committing suicide at the age of just 30.

“I thought that if I EVER did get to Chicago, I might change my name to Elly Higginbotham FOR GOOD. Then NOBODY would know I had THROWN UP a PERFECTLY GOOD scholarship at a BIG eastern women’s college and MUCKED UP a month in New York and REFUSED a PERFECTLY SOLID medical student for a husband who would one day be a member of the AMA and EARN POTS OF MONEY.”

(emphasis is our own, not that of the author)

Yes, this is a work of fiction, but it’s semi-autobiographical. Just in that short passage, you’ll see a lot of absolutist terms. Also, the fact that Plath chose to write in a first-person narrative could be telling.

There is an I in depression

Another indicator of depression in language appears to be the use of singular pronouns in everyday speech. This is discussed at length in a paper published in Cognition and Emotion.

Somebody living with depression will feel alienated from society at large. This means that the individual will address themselves in precisely that way – as an individual. Depressed people are far more likely to use the “I” pronoun than “we.”

Let’s refer back to our example of conversing with a friend. If this friend played on a college football team, and the scoreline of their latest game was unflattering, you could tell a lot about an individual’s mindset by their reaction.

A depressed person may say, “I was terrible in that game. I missed a field goal and dropped a catch.” Somebody else may be keener to share the burden, explaining that, “we were terrible tonight. We have to do better next time, or we’re in trouble.”

Now, in times of duress, it’s always tempting to experience a long, dark night of the soul. A moment of reflection doesn’t necessarily mean that somebody is battling a constant black cloud of depression.

If this language use is consistent, however, it’s worth noting. Somebody that consistently shuns plural pronouns is likely undergoing a private and introspective battle.

If this article has struck a chord with you – whether related to your use of language or that of somebody close to you – remember that support is out there. Consider reaching out to a group such as Samaritans USA. Depression can be a devastating experience, and nobody should be forced to go through it alone.