How to make a pandemic – from virus to crisis

As Coronavirus continues to spread, we explore what factors make a simple virus into an epidemic. 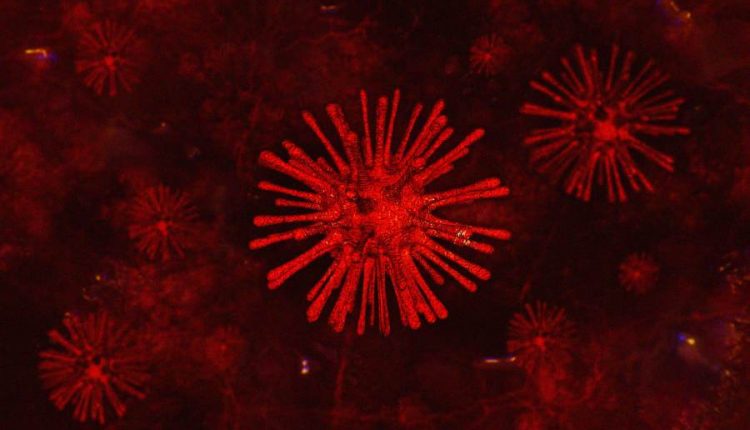 Viruses are exceptionally simple organisms (a power of magnitude less genetically complex than even simple bacteria) and, much like most computer viruses, their main aim is simply to replicate, to find cells to invade which they can manipulate into creating yet more copies of themselves (viruses are so simple that they lack any sort of metabolism to do this themselves).

Essentially viruses are parasitic and we, even as we try to expel them through sweating, coughing and sneezing, are their warm, safe home. As such, it’s a high-risk strategy for viruses to be too deadly, for themselves, that is, and run the risk of making themselves homeless. In fact, this is exactly why the Black Death of the middle ages is now an extinct virus, its sheer virulence caused enough hosts to die, before it had a chance to spread, for it to simply die out.

That’s why it is generally not in a virus’s interest to kill its human host. In fact, many viruses have relatively little effect on us, even while we’re infected, and some can even have positive effects, such as fighting off even antibiotic-resistant bacteria.

However, the human body often forces the hand of the virus, even if the viral infection does not kill the cell itself, by executing cell death – killing the infected cell if it is identified by one of our specialized T or NK (Natural Killer) cells. In those circumstances viruses may be forced to kill or be killed, causing symptoms that allow it to spread (which could be severely damaging or even fatal to the host) before the human body kills it.

One of the chief dangers to humans is the possibility of two viruses at once occupying the same cell and finding sufficient compatibility with one another to combine into a new disease. This is a relatively rare occurrence, and is difficult even to recreate in a lab, but is exactly what created the horrifyingly deadly 1918-19 Spanish flu.

But while viruses mutate and evolve, so do humans. Having been infected with viruses, but then managing to survive, can allow natural immunity to be passed on to the survivor’s descendants, should a similar strain of the disease appear in the future. For instance, the immunity to HIV of 10% of Europeans may be due to their having descended from survivors of the Black Death (or smallpox, the debate still rages).

In simple terms, what makes a virus into ground zero of an epidemic is not so much about it as it is about us. Humans catch and transmit viruses constantly, sometimes unknowingly, and often with complete indifference. What makes the difference between a shrugged off seasonal cold and a pandemic is really one thing: immunity.

As much as we are familiar with, and used to catching, various strains of influenza (or flu) people often underestimate its dangers. In fact, its very familiarity to us may be what makes it difficult to comprehend that certain unusual or super-strong strains, to which we may have little or no resistance, are more deadly even than terrifying sounding diseases like bubonic plague.

The 1918-19 Spanish Flu epidemic remains on record as the deadliest pandemic in history, although it still does not carry the terror cache of plague or smallpox.

So scientists are ever watchful of virus variants that may lurk at the edges of our current awareness. Some have even experimented on virus strains, observing whether and which strains of mutation it might take for, for instance, H5N1 to cross the barrier from avian to mammal (and from there potentially to humans). In fact, some research goes even further, with the use of genomics enabling scientists to construct viruses from scratch (first seen with the artificial recreation of polio back in 2002) and, potentially, to manipulate and engineer these diseases to be even deadlier than in their original form.

Conducting such research, and particularly publishing it, does carry ethical concerns, mostly due to who out there might be reading the data just what ends they might plan to put it to and is opposed by many, including the Cambridge Working Group, formed deliberately to oppose the laboratory creation of deadly superviruses (although a ban on such research in the US was recently reversed).

Because the question of how to make a super virus is also not simply a matter of innocent academic inquiry. Secret laboratories and shady government departments in various more or less sinister regimes have been working on viral biological weapons for many decades, in spite of international conventions (with no regulation clauses) intended to stop their development and use.

The long history of disease used in warfare goes back to at least the middle ages but time has only made it more sophisticated. For most of these projects, the main point of interest is how to make a virus that is infectious, deadly and irresistible to our enemies, while also having it not spread to, or affect, our side. Again, this is mostly down to immunity and may explain why the most virulent have never been unleashed.

So, in spite of absurd rumors that coronavirus may be lab-grown, it is the natural world we should keep our focus on. As well as the obvious influenzas we have good cause to look sidelong into the animal kingdom for diseases that may catch us unawares.

SARS was essentially unknown until it crossed the human-animal boundary and diseases endemic in animals but relatively obscure in human medicine, such as hantavirus, may be implicated in many historical epidemics for which we still have received no definite diagnosis.

Certainly, both the Bill Gates Foundation and the World Health Organisation (WHO) are convinced that the next pandemic may be a disease yet to be identified, Disease X as the WHO has dubbed it. Given how deadly the diseases we already know about can be (some having historically recorded mortality rates of 70-80%) we may have cause to be very worried indeed.

It may not be coronavirus, but Disease X is out there, somewhere. It’s only a matter of time.