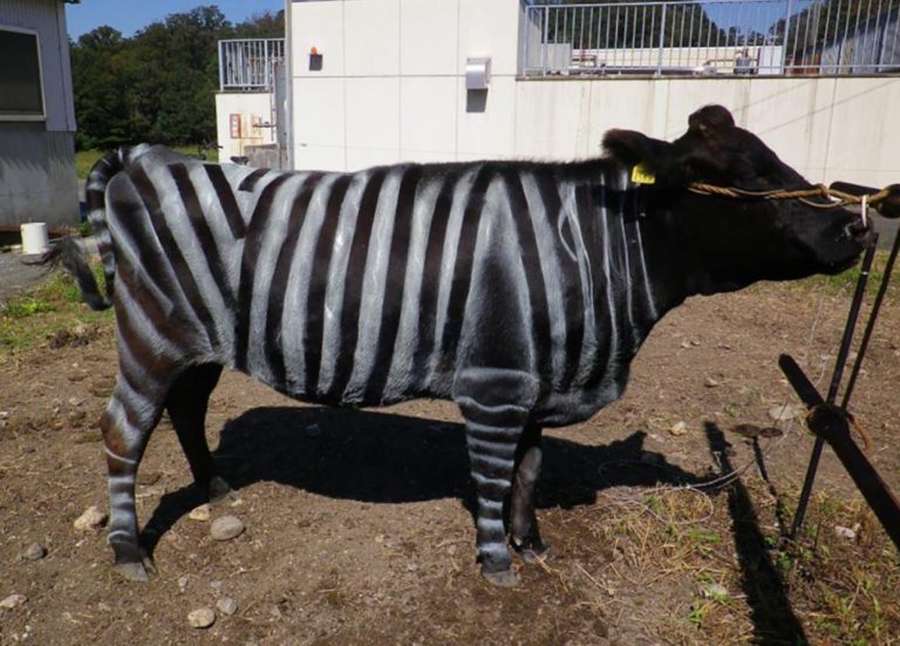 The appearance of wild animals has long fascinated humans. This is especially common in varying species that have unique aesthetics. Take the equine family, for example. We have horses, ponies, asses, mules, and zebras. All of these animals experience surface-level similarities but are entirely distinct to the human eye.

It’s undoubtedly the zebra that is most striking to look at. The black-and-white stripes associated with these animals are rarely seen elsewhere. Many theories have been suggested as to why zebras appear this way.

For a while, experts claimed that stripes were a form of camouflage. Another popular view was that stripes enable heat regulation on the blazing sun of the African planes.

However, the most popular belief is that zebra stripes deter the attention of the deadly, parasitic tsetse fly. These buzzing pests carry all manner of diseases, most notably the so-called African Sleeping Sickness, that cost many animals their lives. Japanese scientists put this notion to the test, painting grazing cows with the black-and-white stripes that we associate with zebras.

Cows – as well as other farm-based and free-roaming cattle – are often beset with fly attacks. While not every country hosts the tsetse fly, these buzzing bugs can still make animals miserable.

This experiment was designed to see if painting stripes on a cow would deter insect bites, and so it proved to be. The prevailing theory here is that stripes confuse the many eyes of flies, leaving them unsure of where to land on a living host.

Now, of course, you’d be forgiven for thinking that maybe it was just the smell of paint that deterred flies. After all, it’s a potent aroma, even to the human nose. This was not the case, though.

As a comparative experiment, jet-black cows were painted with a handful of white stripes. The flies attacked these animals just as frequently. It takes a complete disguise to deter flies and other biting insects.

This approach may seem a little cruel – even humiliating – but the cattle were much happier afterward. The painted cows were no longer attacked by airborne insects and thus spent less time shaking heads, stamping hooves, and generally looking uncomfortable.

As a result, farmers and caregivers will no longer need to treat cows with pesticides, saving money and reducing environmental impact. In short, everybody wins – except parasitic bugs, who will need to look elsewhere for a meal.