This man has single-handedly prolonged the life of an Indian river island. 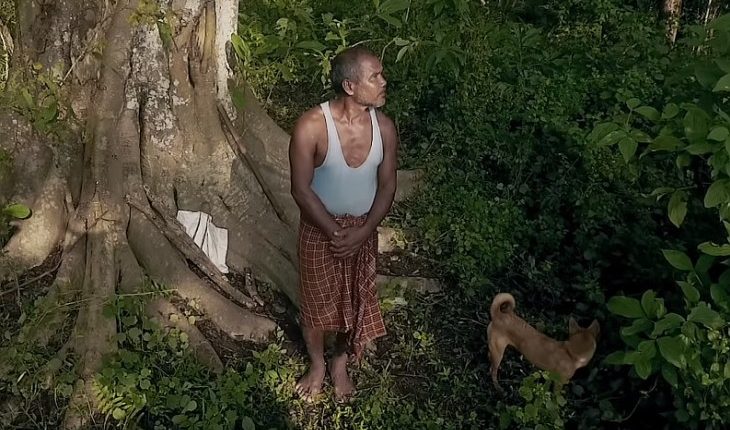 Here’s a question for your next pub quiz. What is the largest river island in the world? If you’re reading this in 2019, the answer is Majuli (or Majoli – spelling varies by region.)

Located amidst the Brahmaputra River in Assam, northeast India, Majuli boasts a little over 100 square miles of land. Sadly, this mass is dwindling by the day. Eventually, Majuli will be entirely submerged by water. It’s feared that this could happen within twenty years.

This is due to the erosion of the island’s riverbanks. Put bluntly, as the Brahmaputra River is getting bigger, Majuli is getting smaller. A hundred years ago, the island was twice the size that it is now. That’s it has lasted this long is a testament to the will and determination of one man.

The forest man of India

Jadav Payeng is one of around 170,000 residents of Majuli. Naturally, as the island reduces in size, this population will also steadily shrink. Payeng has lived on the island for his entire life; however, and some forty years ago, he saw something that changed his life.

Payeng was wandering on the beach minding his own business one fateful in 1979. Aged just 16 at the time, Payeng was shocked and saddened to discover a wildlife catastrophe. A substantial amount of snakes had died, seemingly of hyperthermia, and been washed up onto a sandbar.

For western sufferers of herpetophobia, this may sound like a day of celebration. Indian nationals think differently, however. Snakes are highly thought of in this nation. In fact, the King Cobra is worshiped in Hinduism.

Payeng realized that something needed to be done, and began a project that would last the next forty years. That very day, Jadav Payeng planted a tree on the grounds of Majuli. He returned the next day and planted another.

To cut a long story short, Payeng has planted a new tree every single day for the last forty years. As a result, Majuli now boasts over 550 hectares of lush, green forestry. For comparison, that’s almost twice the size of New York’s Central Park.

That’s impressive! Has it helped?

It certainly is, and it certainly has. It’s believed that Payeng’s actions have prolonged the life of Majuli by several years – possibly even decades. This is obviously a huge relief to the residents of the island. At least for now, people have not been forced to pack up and abandon their homes.

It’s not just human life that Payeng has saved, either. Remember the motivation of the hero of this particular story. Having seen snakes killed by excessive exposure to the sun and a lack of shelter, native wildlife now populates the Maloai Forest, as this territory is now known.

Bengal tigers and Indian rhinoceroses – both of which are placed on the WWF’s endangered species list – now thrive in this forest and call it home. Visit at the right time, and you’ll even catch sight of a herd of elephants. Around a hundred of these animals visit the forest each and every year. You’ll also find deer, vultures and a range of exotic birds.

If the island is submerged, what happens to the human and animal inhabitants?

This is obviously a question that weighs heavily on the minds and hearts of many – most notably, the citizens of Majuli. It is hoped that the extraordinary efforts of Jadav Payeng will continue to prolong the life of the island. One person can only do so much though, even when they are as unique and dedicated as Payeng.

Right now, the future of Majuli remains uncertain. The biggest cause of the erosion is riverbeds that have built further along the Brahmaputra River. These have saved local towns from flooding, but the water needs to go somewhere. This means that it ends up devastating the island instead.

Indian authorities have spent a great deal of time and money attempting to resolve the situation, but they are running low on both of these resources. International assistance is needed.

To this end, an application has been made to the United Nations Educational, Scientific and Cultural Organization (aka UNESCO) to declare Majuli a world heritage site.

Alongside the efforts of dedicated conservationists such as Jadav Payeng, this gives the people of Majuli hope for a brighter future. One thing is sure, though. If a teenaged Payeng had not taken a stroll on that fateful day, we would not be discussing this island today.

To learn more about Jadav Payeng and his forest-building project, watch the short film below.