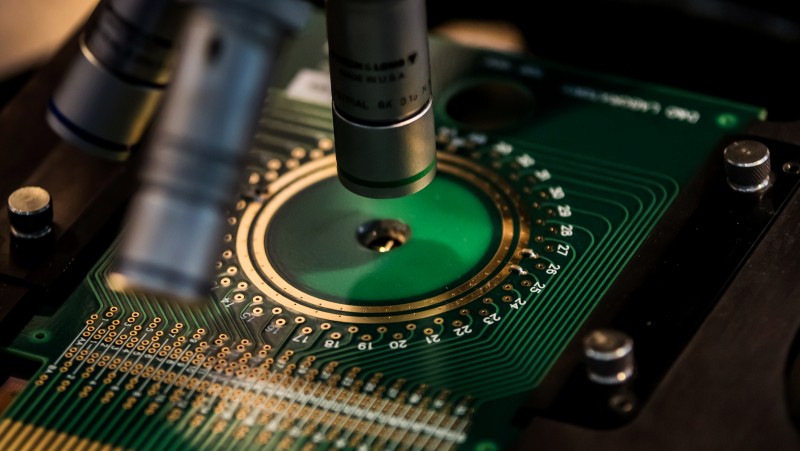 New superconductor opens the way for a new era of supercomputers

The suitably heroically named Nick Butch and his team from NIST (the National Institute of Standards in Technology – not a secret superhero group as you might expect from their moniker) have created the curiously anonymous sounding UTe2, a superconductor for the future.

It is a compound uranium ditelluride, and it may just be able to solve one of the most troubling niggles lying in the path of creating the perfect quantum computer, as laid out in Butch’s paper in Science.

“This is potentially the silicon of the quantum information age,” Butch says of his new superconductor, You could use uranium ditelluride to build the qubits of an efficient quantum computer.”

But while he is now fully confident of its potentially revolutionary usefulness in quantum computing, superconductivity was a chance property discovery for Butch and his team. Initially, magnetism was what had them curious, and they experimented with plummeting UTe2 to super-low temperatures in the hopes that this would magnetize it.

While they had no success giving UTe2 a magnetic field, they did succeed in discovering its secret superconductive superpower. And it really is a significantly more effective superconductor than most of the currently used materials. This is because, unlike the majority of materials, which are spin singlets, UTe2 is a spin-triplet.

The cooper pairs that lead to superconductivity in an appropriately low-temperature material can be orientated differently in UTe2, allowing them to be aligned in parallel rather than opposition, and reducing the possibility of any external threat to quantum coherence which might jeopardize UTe2’s superconductive properties.

And this is one of the reasons why UTe2 would make such a useful component in quantum computing.

“These parallel spin pairs could help the computer remain functional,” Butch explains, “It can’t spontaneously crash because of quantum fluctuations.”

For those not already entirely in the know, a quantum computer differs from a conventional computer by taking advantage of quantum mechanics, particularly the properties of superposition and quantum entanglement.

An old fashioned computer is made up of a vast number of bits, which can be switched to on or off, one or zero (the kind of binary machine mind that we have become accustomed to imagining, as exemplified by the screeds of green on black code in The Matrix).

By contrast, a quantum computer is made of qubits, analogous to bits but differing in that they can occupy one position, a zero position, or a superposition of both at the same time. Multiply this number of possibilities up by the number of qubits that could make up a quantum computer, and the opportunities for sheer numbers of configurations are mind-boggling.

It also means that a quantum computer can make probabilistic calculations in a way that a conventional computer can’t, which can be incredibly useful in Science.

However, there is still no one accepted way of making a quantum computer. One of the less explored methods is topological quantum computing, at the moment a purely theoretical approach, that has received less love than the others for one or two key reasons.

The topological approach would, in theory, be a more stable method of quantum computing but it is based on encoding qubits onto a very particular variety of quasi-particle, one that, as of the current moment, has yet to be proven to exist.

If this minor lacuna could be overcome, then UTe2’s unique properties might be the breakthrough that makes the topological approach a possibility.

And, due to its higher stability, a working topological computer would be substantially more economical on its qubits than other computer types, which need to use spare qubits, over and above the ones used for calculating, to allow for error correction.

So far quantum computers in general, not just of the topological flavor, have been somewhat slow in moving from theoretical possibility to practical application, although there are already working examples out in the world processing data.

In 2015 Google’s Quantum Artificial Intelligence Lab at Ames Research Centre, a space dedicated to creating a working quantum computer displayed the world’s first fully operational quantum computer made by D-Wave Systems and funded by NASA. However, to date, since that grand unveiling, only two of these computers have ever been built.

IBM has also successfully built quantum computers and even opened them up to use by the public via the cloud, allowing their probabilistic thinking machine to be used to solve equations, do Science, and even (sort of) work out how to travel backward in time.

But it’s not just the potential of UTe2 in quantum computing that excites Nick Butch and his team.

“Exploring it further might give us insight into what stabilizes these parallel-spin superconductors,” Butch explains.

This is because the realm of the superconductors, although much of the underlying physics is now well understood, still has mysteries for us to crack. Not the least of which is the fact that we don’t know which materials when putting under the right, super-low temperature conditions, could become superconductors. UTe2 may be a source of unexpected insights to come.

“A major goal of superconductor research is to be able to understand superconductivity well enough that we know where to look for undiscovered superconductor materials.” Butch says, “Right now we can’t do that. What about them is essential? We are hoping this material will tell us more.”