Is the greatest cat-dog divide over? 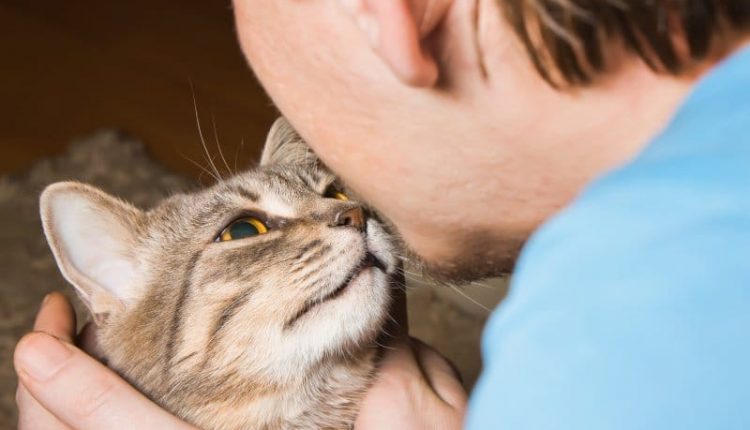 Cats endure a harsh reputation as cold and unfeeling pets, especially among dog lovers. A popular view is that cats do not care about their human owners. We’re just facilities managers apparently, here to provide food on demand and little else.

Studies have revealed that this is simply untrue. In fact, it’s believed that cats can bond with their owners just as strongly as dogs. Felines, it appears, are just better at hiding their feelings than our canine companions.

The purpose of this research was to understand the impact of re-homing cats in shelters. If cats are wholly indifferent to their human families, why would they experience behavioral difficulties when sheltered or re-homed?

The conclusions of this study made the answer clear. Cats love their owners deeply and become distressed when permanently separated from them.

Do cats really bond with their owners?

As explained in Current Biology, the journal that reported back on a recent study into feline attachment, your pet can display signs of secure or insecure attachment.

The differences between these two attachment styles are apparent in the way that your pet responds to your presence. In this respect, cats are essentially the same as toddlers.

For the study, a group of cats spent two minutes playing with their owners and were then separated for two minutes. Once this time expired, the owners returned to the room.

The cats with a secure attachment acknowledged the return of their owner, then went about their business. The cats were clearly confident and comfortable. They were pleased to see their owner but did not feel compelled to show too much interest. They knew that the human was not going anywhere.

The cats with an insecure attachment were less comfortable. They approached their human and demonstrated significant affection. An impatient observer might say they were clingy. This suggests that the cats were worried that their owner could leave again at any time, and next time they won’t come back.

Two-thirds of the felines in the study demonstrated a secure attachment to their owners. This is hugely important to a cat, as a favorite human is a reliable anchor in an ever-changing world. Cats like routine and have no love for new experiences. Being able to rely on consistent human companionship keeps anxiety and stress at bay.

Why does my cat seem to hate me then?

Cats can bond with humans as strongly as dogs, but they will not act the same way. Your cat may appear wholly indifferent to your presence, regardless of how strongly they feel about you.

The main reason for this is simple – unlike dogs, cats do not consider humans to be their masters. In fact, a cat thinks that you’re just another cat. This means that a cat will not leap to attention in an attempt at pleasing you.

Also, cats prefer not to show too much affection, lest it be seen as a weakness. Cats are small, and while they appear to be the epitome of cool, they’re actually little bundles of neurosis and anxiety. A cat continually worries that something bigger and stronger will hurt them – or worse. By keeping a distance and acting aloof, they are not giving any impression of fragility.

How do I know if my cat really loves me?

Without putting too fine a point on it, the fact that your cat lives with you is a declaration of adoration. Just because your cat loves you, it doesn’t mean that you don’t drive them crazy.

From a cat’s perspective, you’re noisy, you’re clumsy, and you’re always trying to interact when your pet just wants to be left alone. Despite this, your cat would not be without you.

They’ll compromise, opting to hide under the bed or at the top of the wardrobe to de-stimulate when you’re annoying them. They could make a new life for themselves elsewhere, but they’d miss you if they did so.

There are other unmistakable signs of affection from cats, too. Leaving dead birds and mice may look like an act of aggression, but they’re the feline equivalent of a bunch of flowers. Headbutting from a cat isn’t violent, either. Your cat has a range of scent glands on its head, and a headbutt marks you as a source of pleasure.

Overall though, simply seeking out your company is the ultimate sign of affection from a cat. Felines do not often enjoy being held or petted. If your own cat asks for this treatment, you have clearly forged a strong bond that rivals that of the most loyal of dogs.