Cell phone cynics have long claimed that these devices cause cancer. 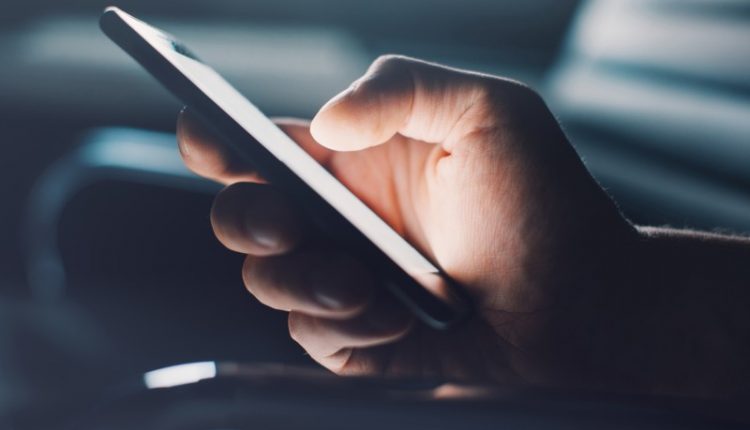 For as long as technology has existed, people have decried its dangers. Television was claimed to rot the brains of viewers to soup when the platform gained traction in the 1950s, and that was just the beginning.

The Walkman craze of the 1980s led to an outcry that teenagers would be deafened by pumping high-volume music into their ears. That may just have been wishful thinking, given the popularity of Phil Collins at the time, but warnings were clearly heeded. European iPods had a maximum volume limit built into the handset that frustrated many listeners.

Few devices have caused as much consternation as cellphones, though. Since these appliances have become a fixture of modern life, experts and everyday citizens alike have warned about the dangers of radiation.

This debate has only heated up with the imminent arrival of 5G, and two new studies on laboratory rats have shown warning signs of correlation. Obviously, human beings have different physiology altogether. It’s yet to be proven that a game of Candy Crush is destined to kill us off. All the same, the results of these studies make for thought-provoking reading.

Does this study have anything new to say, or is it just scaremongering?

That’s for you to decide. We’re just here to report the facts. Let’s take a look at this latest bout of concerns, and assess whether we should all return to attaching two paper cups with string to communicate.

Cellphones and wireless devices do give off radiation – this much is undeniable. It’s a different kind of radiation to that associated with the sun, though. The sun leaves us at risk of cancer as the rays it releases tear molecules from our bodies. The same can be said for a simple x-ray machine, which is why this technology is used comparatively sparingly.

The radiation emitted by a cellphone is referred to as non-ionizing radio-frequency radiation or RF for short. This is not believed to have the ability to destroy molecules. It heats them up, sure – that’s why your ear runs hot if you’re chatting on the phone for a prolonged period. Thanks, mom. It was often claimed, however, that the cancer risk of minimal.

The studies that we refer to exposed lab rats to RF radiation at a low level for a prolonged period. This led scientists to discover that the rats became likelier to develop a rare form of a tumor. Known as a schwannoma, this tumor attacked the Schwann cells in the bodies of the rats. Cancer risk was greatly magnified as a result.

The scientists that conducted these studies could hardly be accused to slacking, or jumping to conclusions based on limited data. The National Toxicology Program, an offshoot of the National Institutes of Health, conducted the first. 3,000 rats were tested, over a period of two years. This was the most massive experiment of its type ever to be made into RF radiation on US soil.

As though this was not enough, a similar experiment also unfolded in Italy’s Ramazzini Institute. The Italian team surveyed 2,500 rats. Both studies involved a broad cross-section of ages and genders. Perhaps tellingly, both also reported similar findings.

So just how dangerous is this RF radiation?

To male rats, it’s hazardous indeed. The US study exposed its rodent subjects to close-up RF radiation. This was designed to mimic the impact that holding a cellphone to your ear will do.

The Italian study, meanwhile, focused on more long-distance exposure. This was designed to replicate the radiation that is emitted everywhere we turn. Remember, it’s not just cellphones that rely upon RF radiation. It’s anything wireless. That includes laptops, tablets, and even printers.

The results were very similar to both studies. The male rats that were exposed to RF radiation, whether near or far, were statistically considerably likelier to develop a schwannoma tumor than other animals that avoided this exposure. Try not to panic too much, though. These results are far from conclusive evidence that Apple and Samsung are trying to kill you.

For a start, you’ll notice that we mentioned male rats above. Female rats and mice, which were also tested, showed no ill effects. What’s more, schwannoma tumors are incredibly rare in humans.

Unless you’ve been subjected to a wholly bizarre lobotomy and been granted the brain of a male rat, you don’t need to worry too much just yet. And if you have, you probably have bigger fish to fry than the worrying about the risks of using a cellphone. Hey, who moved my cheese?

So this is why RF radiation is still legal, right?

For now, yes. This may change in the future, though. At the time of the writing, the International Agency for Research on Cancer – which is an agency of the World Health Organization – considers RF radiation to be a ‘possible’ human carcinogen. This means that’s generally permitted for us anywhere. Hence why cellular masts and similar wireless technology surround us.

According to Dr. Fiorella Belpoggi, who led the study at the Ramazzini Institute in her capacity as director of research, this is not good enough. Dr. Belpoggi feels that RF radiation should be upgraded in status to a ‘probable’ carcinogen.

This may yet happen, once the American study is completed and reported. It’s conceded that the cancer risk to humans caused by RF radiation is very low. All the same, its omnipresence all around us means that a safety-first approach is possibly advisable.

Not everybody shares this view, though. Dr. Stephen Chanock, for example, is cynical. Dr. Chanock is an oncology expert and a director at the National Cancer Institute’s Division of Cancer Epidemiology and Genetics.

Dr. Chanock is quoted as saying, “cell phones have been around a long time. We are by no means dismissing the evidence, and the Ramazzini study raises interesting questions. But it has to be factored in with other reports, and this is still work in progress.”

It seems that, unless further evidence mounts to the contrary, RF radiation is here to stay.

I’m still nervous about this. How do I minimize my cancer risk?

In short, use your phone a little less. Anytime your phone – or any other wireless device – is switched on, it emits radiation. This is because a device that’s powered up will communicate with any local towers. If you switch off your phone when it’s not needed, this will reduce the exposure to radiation.

Also, as you can imagine, the closer you hold your device to your head, the more radiation you are bringing in. The further from your person it is, the more the radiation exposure tails off. If you have a long phone call incoming, consider investing in a pair of wired headphones.

Yes, you may feel like you have time-traveled back to a pre-Bluetooth period on history. You’ll be a little safer though, primarily if you use a long cable or extender.

These studies, while interesting, will not close the book on the great debate about the potential dangers of cellphone use. They give us all something to think about, though. Ideally not while sitting under a cellular mast though, just to be on the safe side.