Have you heard about the Mongolian Manuls, also known as Pallas’s cat? These cats are famous for their unique appearance.

Some people have even compared these wild cats to Jabba the Hutt! However, if you are still wondering why the Mongolian Manuls are so famous?

Well, these giant balls of fur are considered the world’s fattest cats though they’re actually just about as big as house cats. 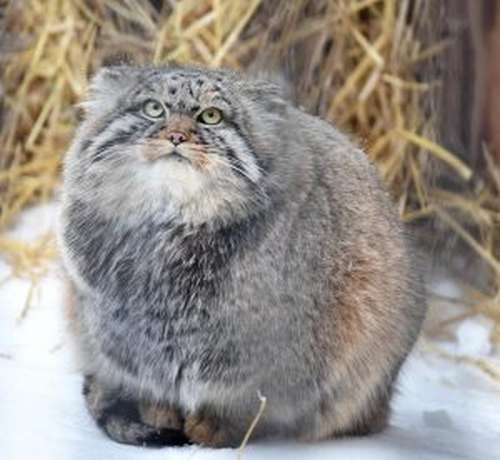 So why is there so much hype about them? How did these cats get the fat title? And what should you know about them? Let’s get to it!

Well, fluffy might be the appropriate adjective for Pallas’ cat. As it is just the excess fur around its body that actually makes it look fat. 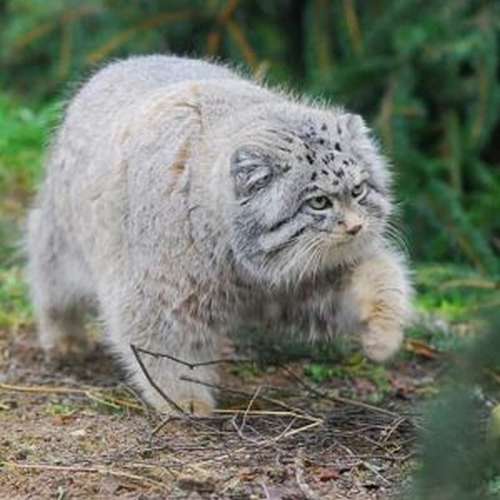 The actual weight and size of a Mongolian Manul are similar to that of a domestic cat. And its body is typically about 26 inches in length with a tail of 8 to 12 inches. While it weighs just about 10 pounds.

Its extra-thick fur is actually nature’s way of keeping it warm. As Mongolia has long and harsh winters so the cats need all of that fur to remain warm.

Pallas’ cat has the longest and densest fur compared to other any cats. Since its fur coat is so massive it causes the cat to appear to double its actual size and weight. Moreover, the fur changes in length and density based on changing seasons.

The scientific name of Mongolian Manuls is Octolobus. It translates to “ugly-eared” in Greek. They are widely known for their short legs, wide-set ears, and flat-looking face.

Interestingly these cats have unusual pupils. While the pupils of other cats contract into vertical slits. A Mongolian Manul’s pupils contract into smaller circles. 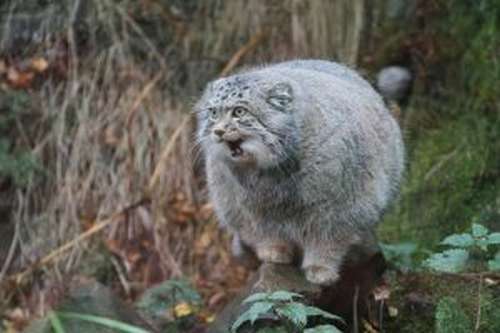 These cats are quite particular about their habitat and prefer cold environments. Pallas’ cats thrive in arid surroundings and grasslands at altitudes as high as 15000 feet. Starting from Western Iran all the way to Western China, you can find them throughout Central Asia.

Mongolian Manuls are solitary and territorial creatures. They mark their territories after about every two to three miles. They tend to spend their days isolating themselves in hiding spots made by other animals. And during the evening they go hunting.

They make a lot of different sounds like growling and purring. And they’re not just the fluffiest cast around but also the most expressive ones.

Since they are not actually large in size so running is quite a challenge for them.

According to IUCN’s Red List “Pallas’ cats are near threatened”, which means that they are getting closer to the verge of extinction.

After all these furballs may not be actually the fattest cats out there. But they surely are the cutest ones. While their expressiveness has made them a good choice for pets they do not thrive at low altitudes. This is why you will mostly find Mongolian Manuls at zoos only.

Chimpanzees and Gorillas Are Going to War and Here’s Why

These Ants Can Smell Cancer Better Than Dogs