The carbon footprint of our phones is only growing with each successive new release and the resources to make them are running out fast. 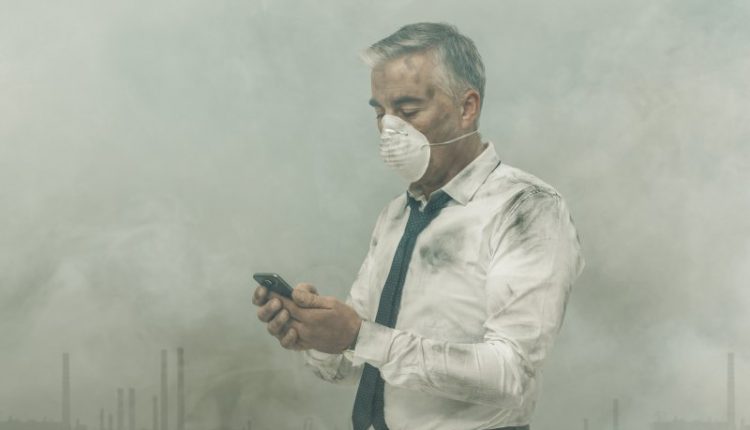 Even though computer use is moving away from the giant power-hungry desktop and tower devices of yesteryear into slimline, power-dieting handheld devices, the way we are using our devices is beginning to have an even greater impact on world carbon production.

With more and more data being stored in the cloud, and every like, message, Instagram photo, and unthought out reaction to… err … Instagram photos require more massive banks of energy-hungry servers than ever to store all this data.

Even as recently as 2007, computing and information technology accounted for just 1% of carbon emissions, but it is already three times that now and looks set to soar to 14% by 2040 unless internet companies really start to take green energy sourcing in hand.

Out of all these emissions, a casual observer might assume that the humble smartphone (ignoring its impact on cloud storage needs) would have minimal impact on carbon emissions. But you’d be wrong. The very creation of each and every phone carries a carbon footprint that adds up to as much as 95% of the emissions that its usage creates in two years (roughly 22kg of CO2 per phone).

[ Read: Ocean warming now at the rate of five Hiroshima bombs of heat, every second ]

Since most mobile phone users traditionally update their phones to a new model every two years, phones are having double the impact on the environment they should have.

The fortunate fact that people are updating their phones less and less often (since the devices already do everything we want) has led to companies making their new products ever bigger, fancier, and with an ever heavier carbon footprint. Larger screens have a noticeably larger carbon footprint than smaller models (even though the carbon footprint of handsets is broadly falling). Phone companies are desperate to look like they are green and have schemes in place to show their credentials and good intentions, such as recycling programs. In reality, though, only 1% of smartphones are actually recycled.

This is particularly worrying since some of the rare elements in the phones may run out this century. Such shortages could have serious geopolitical implications, and the need to extract the lithium used in their batteries has already been suggested as one of the reasons why Evo Morales was ousted from power in Bolivia.

These wider issues aside, it is a relatively simple task to reduce the carbon footprint of mobile phones: just use them longer before we replace them. It really is as easy as that. In fact, if consumers used their phones for just a third longer, it could save as much carbon as the annual emissions of the Republic of Ireland.

Greenpeace has even brought out their own handy guide to phones and phone providers with the lowest carbon footprint.

[ Read: Searching for battery power at the bottom of the sea ]

However, as previously mentioned, the real emerging baddies when it comes to carbon emissions are data servers, and our social media-obsessed age is requiring evermore data centers to deal with our growing need for storage. They are currently using 3% of the world’s electricity and producing 2% of global carbon emissions, and are set to match the emissions of the entire USA by 2040.

But fear not, Google and Facebook have pledged to source the power for their vast data centers from 100% renewables, and Apple is already way ahead of them, as its data servers are already zero carbon for energy production.

However, even these mighty internet behemoths may only be gnats in the face of the coming data server needs of the ‘internet of things’ (IoT). The IoT has been looming on the horizon for some time now and is already pretty much upon us, with 15 billion active gadgets already in the world, but estimates suggest its power demands will expand exponentially with internet-enabled devices. But for all its need for more servers, the efficiencies created by the IoT could actually generate a net save in carbon in the long run.

So maybe the future is still mobile, but if you do a bit more recycling and reusing, and not so much social media clicking, the planet will thank you for your care.


New Philippine law would require students to plant 10 trees if they wish to graduate school
The Marshall Islands are a nuclear catastrophe waiting to happen
Scientists are close to inventing spray-on solar panels
Lake found at 11,000 feet in the Alps may prove climate change is real
The riskiest states in US to live that are most likely to experience a natural disaster
How human waste is choking the life from Caribbean Sea