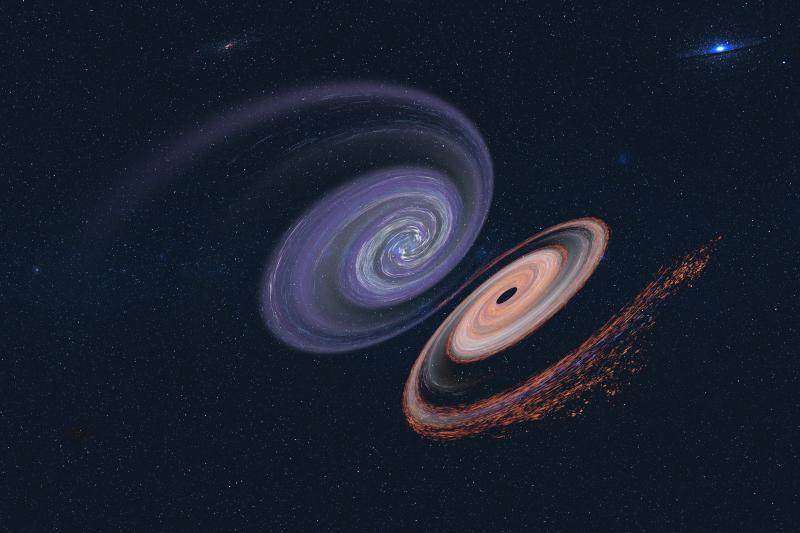 Black holes are terrifying spacial entities. They take in light and matter indiscriminately and deposit or otherwise consume them in ways astronomers and their peers have yet to understand.

These entities are mysterious horrors at a distance. Now imagine that there are millions of them, undetected by astronomers, consuming matter and light throughout the Milky Way galaxy.

There’s no need to imagine the scenario at all, actually. Those dust-and-gas-hungry black holes do exist in the Milky Way, and two Japanese scientists are committing to finding them all.

Black holes: monsters in the cosmos

NASA estimates that there are between ten million and a billion operational black holes in the Milky Way. Given the nature of a black hole, astronomers and their peers have yet to determine where all of these black holes are.

The one most significant to astronomers studying localized star space, however, can be found at the center of the Milky Way. Originally detected by the Spitzer Space Telescope and its infrared cameras, this black hole is predicted to weigh 4 million times as much as the sun the Earth rotates around.

While black holes do not impact galactic rotation, they do have a marked impact on the existence of matter and time. Time itself changes the closer an object gets to a black hole, though to what degree, astronomers have yet to determine.

Until that impact can be appropriately measured, astronomers will have to rely on new methods to determine where these invisible entities exist throughout the galaxy.

The newest explorers of the invisible

Daichi Tsuna and Norita Kawanaka, of the University of Tokyo and Kyoto University, respectively, intend to utilize X-ray emissions to identify the otherwise-quiet, or isolated, black holes, known as IBHs.

Even black holes with weak accretion flow would produce a shock when that outflow interacted with other interstellar materials. By looking for X-ray emissions and radio waves produced by output shock, the two believe that they can identify the Milky Way’s IBHs.

That said, both Tsuna and Kawanaka admit that their proposal is an optimistic one. At this point in time, their proposal – released on the preprint server, arxiv.org – has not been reviewed by their peers in the scientific community.

One peer of theirs, astrophysicist Simon Portegies Zwart of Leiden University in the Netherlands, is hopeful. Even so, the sensitivity of the waves the Japanese scientists are looking for could threaten the success of their work.

A history of mystery

Black holes have always posed a problem for professionals like Tsuna and Kawanaka. Albert Einstein predicted these bodies’ existence as early as 1916, but his general theory of relativity did not bear fruit in the area until 1967. At that point, John Wheeler coined the term “black hole,” even though the celestial body was still considered theoretical.

It wouldn’t be until four years later that the first black hole was detected. Louise Webster and Paul Murdin, while working at the Royal Greenwich Observatory, were able to identify what they described as a gigantic but otherwise invisible substance surrounding a blue star some 6,000 light-years away from Earth. At the same time, Thomas Bolton of the University of Toronto announced that he, too, had detected the body’s presence.

Nowadays, that first black hole is known as Cygnus X-1. Both parties mentioned above were only able to identify it due to its consumptive nature. That is to say, if the black hole had not already been in the process of consuming a dying star, thus taking in light and matter, it would have remained unseen.

Instead, black holes, thanks to their significant gravitational field, actively draw light and matter into their centers. As mentioned, they also impact time as it passes, though to what degree astronomers have yet to determine.

What happens beyond that event horizon remains a mystery. Science fiction films and novels have speculated on the power of the black hole, but until it is confirmed, these interstellar bodies will remain terrifying and fascinating figures in the evening sky.

The future is looking bright for the study of black holes, though. Tsuna and Kawanaka are pushing their research forward, following up advancements in a field that’s only recently received a picture of its subject.

So long as their research moves forward, the astronomical field may learn more about the Milky Way’s personal set of black holes in the near future.