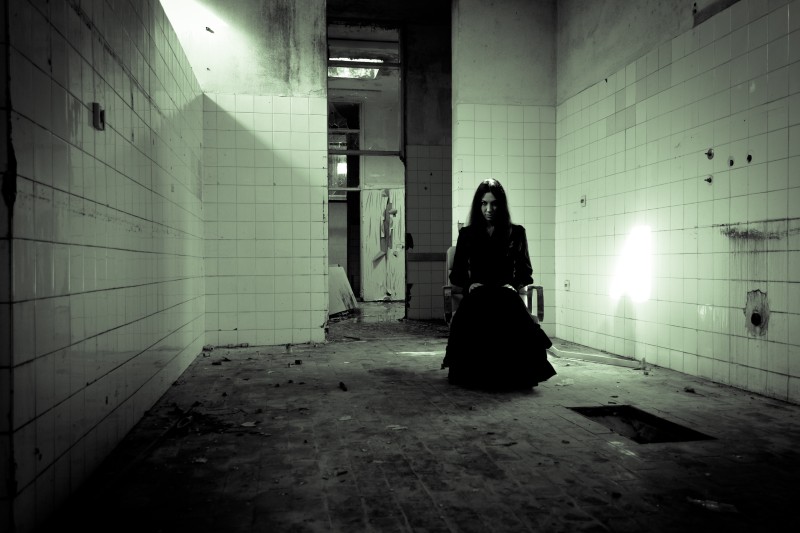 Can you imagine a life without fear? It sounds like a great thing on paper. Fear and anxiety are constant nagging sensations that live in the back of our mind, preventing us from achieving everything that we could be capable of doing.

At least, that’s the theory. The truth is, fear is a good thing – provided we do not allow it to become our dominant emotion. Fear is how we survive, as it allows us to negotiate the many and different hazards that life throws in our path.

Look at it this way. Do you look both ways before you cross the street? Yes, you do. Hopefully, you were taught to do this at an early age. If you weren’t, you would have learned the hard way why it’s advisable to do so. You will have seen a speeding car hurtling toward you, and realized that if you didn’t move out of the way quickly that you’d be street pizza.

Now then, let’s refer back to our previous question. What if you lived your life without a sense of fear. What if the sight of that car merely sparked a shrug? That is a reality that a woman – known only as SM046, or just SM – lives with, due to a unique medical condition. While SM has been identified in scientific circles for quite some times, her story is now being told.

Who is SM, the woman without fear?

In truth, very few people actually know. SM first rose to scientific prominence in 1994 and was the willing subject of various experiments that confirmed she was incapable of feeling fear.

Back in 2015, SM was interviewed. During this conversation, she discussed the reality of living with her condition. Her own doctor, a neuroscientist at the University of Iowa, conducted this interview. Thankfully, The Washington Post transcribed this interview for general consumption.

SM is not entirely unique. It’s believed that around 400 people in the world that live with the same medical condition, which is known as Urbach–Wiethe disease. SM is the most famous, however, and the experiments that she undertook have fascinated many psychologists and neurologists.

Some of the tests that were performed – which, we should stress, all took place with SM’s express permission and cooperation – included:

Despite this, SM is widely regarded as a pleasant, cheerful, and approachable person. She has no concern about approaching other people, and admittedly sometimes struggles to read and understand facial cues. SM was known to stand nose-to-nose, not realizing that she was making the other individual uncomfortable.

Despite her condition, it sounds like SM has a blissful life. Sadly, this has not been the case. Due to her lack of fear, SM has experienced a great deal of trauma – she just doesn’t realize it.

She has been mugged at the point of a knife and gun (due to her lack of fear, SM has frequently lived in dangerous areas with high crime statistics), and was almost murdered by a domestically violent partner.

Thankfully, though, her story has a happy ending. SM is married and has three children, showing that her condition has not held her back. All the same, her case remains fascinating.

Why do we feel fear but SM does not?

A common symptom is a raspy voice, which The Washington Post confirms applies to SM. Also, the disease leads to calcium deposits in the brain. SM stands apart because these deposits happen to block her amygdala.

This is because the human body uses around 25% of its energy thinking. It doesn’t matter if we’re pondering quantum physics or trying to decide whether to have peas or carrots with dinner that evening. It takes the same amount of energy – and, as far as the amygdala is concerned, that 25% of energy wasted.

Once the amygdala alarm sounds, it acts roughly 35 times faster than our brains are usually capable of thinking. It shuts down the thought processes in that one 35th of a second because you will need that extra 25% of energy to run faster, or fight harder. This is why we describe the reflex as fight or flight.

Let’s return to our example from earlier, of crossing the street. If you see that car coming, you’ll instinctively get out of the way before you’ve even realized it. That would not be possible if your amygdala hadn’t shut down the other functions of your brain. As discussed though, SM’s own brain does not function this way.

We mentioned that SM has been held up at knifepoint. She discussed one of these experiences in her interview.

“I was walking to the store, and I saw this man on a park bench. He said, ‘come here, please.’ So I went over to him. I said, ‘what do you need?’ He grabbed me by the shirt, and he held a knife to my throat and told me he was going to cut me. I said, ‘go ahead and cut me. I’ll be coming back, and I’ll hunt your ass.’ I wasn’t afraid. And for some reason, he let me go. And I went home.”

Would you have reacted the same way? Maybe you’d claim that you would, bragging online. In reality, however, it’s unlikely. That is what separates SM from the rest of us.

So has SM never felt fear?

Not entirely – there was one experience that left SM feeling panicked. She was subjected to the risk of suffocation through carbon dioxide as part of a controlled experiment.

While the result was not outright fright as we know it, SM did confess to feeling a loss of control. This, in itself, was a novelty for her. Maybe it’s not something that anybody without Urbach–Wiethe disease should attempt, however.

Would we wish for Urbach–Wiethe disease? No, not at all. In many respects, not feeling any kind of fear would be hugely debilitating. However, SM is a fascinating case study. In many respects, we would all benefit from being a little more like her.

She is incapable of allowing fear from holding her back, though she is capable of recognizing dangerous situations. She is generally considered to be hugely positive and experiences few negative emotions. Ultimately, SM is the ultimate example of turning lemons into lemonade. That, if nothing else, is tremendously admirable.