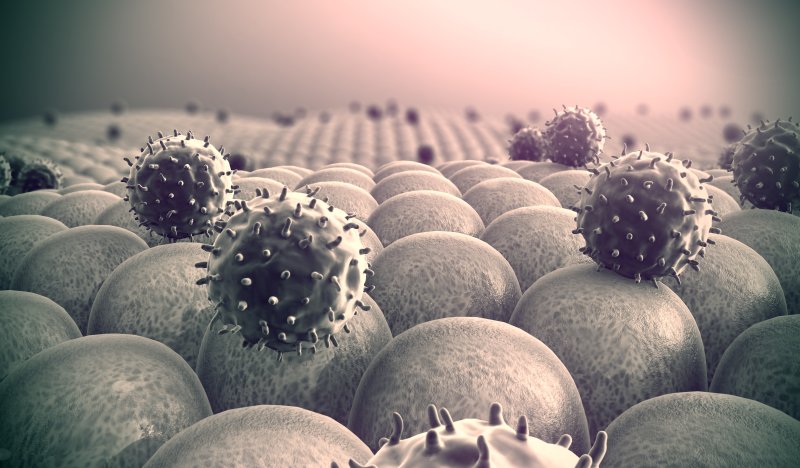 You might not be aware, but there’s a common childhood illness that has the capacity to destroy the body’s immune system. Recent research carried out by Michael Mina, an epidemiologist at Harvard, that was published in the journal Science, found that the measles virus has the power to erase autoimmune cells memory.

Another study, published in Science Immunology, which examined data gathered from a group of unvaccinated children, also recently confirmed Mina’s findings regarding measles impact on our bodies.

Even if you’ve built up a strong resistance to certain diseases, having fought them off in the past, once your immune system has suffered a measles onslaught, it’s like starting all over again with zero immunity.

This is extremely dangerous, particularly to the very young, or sick, and especially if the person affected is not aware their immune system is compromised.

Given that the number of worldwide measles cases has risen by more than 280% since 2018, and more parents than ever are choosing not to vaccinate, the new information highlights what could become a severe and widespread problem.

Though scientists have speculated that measles has the potential to destroy immunity for a while, it is only now there is sufficient evidence to support their hypothesis.

So how does measles destroy our immunity?

When you contract the measles virus, it enters into important immune cells in your system, depleting the body’s supply of white blood cells. White blood cells are critical to your body’s ability to fight off pathogens, without a healthy level of functioning cells your body is extremely vulnerable.

Your cell count does return to typical levels as soon as the measles virus is gone, but by then, the damage has already been done because of the virus’s immunosuppression effects.

On top of this, the disease also attacks your body’s first defense against infection – antibodies. According to Mina, trillions of antibodies are contained in every 0.00003 ounces of our blood, many of which are produced by bone marrow cells called long-lived plasma cells.

These cells are attacked by the virus when it enters your system, and many of them subsequently die off, drastically lowering your body’s best armor against infectious disease.

The researchers taking part in the Science Immunology study discovered children who had been infected with measles lost the ability to resist viruses they had previously contracted, due to the loss of B-cells.

Typically, when your immune system is attacked by a virus, your body’s B-Cells build proteins that snatch the infection and pass it to another protein to be destroyed.

Even after the infection has gone, your B-cells keep building more of these antibodies, so your system retains the ability to fight the disease off should you contract it again.

Indeed, 40-50 days after initially contracting measles, the children studied did replace their lost B-cell level, yet scientists remain uncertain as to how effective these recovered B-Cells are at fighting off common infections.

Using VirScan, a tool that enabled them to track back through the children’s medical history and see what diseases they had been exposed to, the researchers found children who had contracted the measles virus had a lowered antibody diversity levels that ranged from 11% and 72%.

People who have never contracted measles typically have an antibody diversity level of 90%, so the scientists were able to see the severe impact contracting measles has on our immunity.

A 2015 Science study estimated that pre-1950, up to 50% of all childhood deaths associated with infectious diseases may have followed a measles infection.

This means that for several years after contracting measles, a once infected person is still at risk because of their lowered ability to fight off infectious diseases.

Even though the virus rampages through your immune system, it leaves immunity to one disease intact – measles itself. After contracting the disease, your cells retain the memory to effectively resist another measles outbreak, according to Dr. Duane Wesemann, a professor of medicine at Brigham and Women’s hospital.

What can you do?

Is there any way to mitigate the damage the measles virus wreaks on our immune systems?

Once you’re infected, the only real way to regain immunity is to be exposed to infectious diseases you previously fought by contracting them again. If children are sick, malnourished, or have other health issues, any reinfection could have severe consequences.

Wesemann has speculated that antibody donations may help children recover from a measles outbreak, allowing them to rebuild their immune defenses while their bodies repair. This, though, is definitely not confirmed and is a still-to-be-studied area.

Of course, there is always prevention via vaccination, and the latest findings make a strong case for doing precisely this. Measles is highly contagious and can linger in the air for up to two hours, if there was a room full of unvaccinated people, it’s estimated 90% of them would contract the virus.

Why take the risk of contracting measles at all? On its own can prove severely damaging, and now it has been proven to leave those who have had it with a compromised immunity level, it’s undoubtedly hardly worth the gamble.