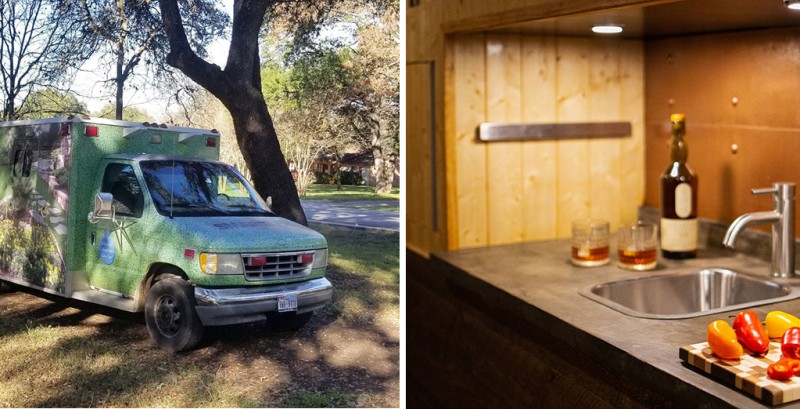 The concept of the American Dream is noble, but it feels a little outdated in the 21st Century. Once upon a time, life was simple. You worked hard, you got a good job, you earned enough money to buy a house, and you raised a family.

There is nothing stopping anybody from pursuing that life today. In fact, many still aim for such a lifestyle, finding it utterly fulfilling. For others, there is more to life. A thirst for adventure that would be quashed by being tied down to a mortgage.

Of course, there is also practicality to consider. As you’re no doubt aware, property is expensive. So much so that the idea of owning a home is more Impossible Dream than the American Dream for many Millennials. Thankfully, necessity is the mother of invention.

Life on the road

Let’s use a specific example, known only as Michael. This enterprising young man told his story to Bored Panda in the form of an interview.

Michael was aware by the age of 23 that, no matter how many hours to put in at the office, he was unlikely to afford a house. Even if he could, he would be mortgaged to the hilt. That’s no way to live for a young person with hopes and aspirations. His solution? Buying a rickety old van at a knockdown price.

Michael purchased the van with the intention of living within it, traveling around the USA. This lifestyle may not be for everybody, but it suited Michael down to the ground. Any cent he earned through work went straight into his pocket. Living free of a mortgage or rent commitments guaranteed freedom that many would envy.

Everybody enjoys the idea of getting on the property ladder and eventually upsizing. Despite his unconventional living arrangements, Michael was no exception. After living in the van for a while, he started to dream of bigger, better things.

Michael dedicated several months to work on his existing van, getting it up to snuff for sale. He managed to agree on a fair price for these efforts and parted company with his first home. There were no real estate agents involved in Michael’s next move, though. Instead, he simply turned to Craig’s List and purchased a larger vehicle.

The van in question was formerly a small-town ambulance, though it had long been retired from paramedic duties. The van had most recently been used to transport astroturf. All the same, the vehicle’s former life as an ambulance came with certain perks. It contained storage cabinets, a sink, a refrigerator, power points and space for a bed. This set Michael’s mind whirring.

As an illustrator by trade, Michael was a visionary. Where most people look at an aging van and see an asset that is steadily declining in liquid value, he saw an opportunity. Michael was determined to turn this van into his dream tiny home.

Once again, Michael got to work. There are certain drawbacks to living in a former ambulance – including the fact that your home is covered with bloodstains. Michael needed to undergo a fevered period of DIY and cleaning. The results, however, were staggering.

Applying wood finishes to the van created a warm and cozy aesthetic.

A coat of paint on the exterior also changed the appearance completely. Calling on the help of a mechanic ensured that the van was roadworthy and safe to drive.

From bright idea to a business opportunity

It took Michael just over a month to turn his van into a genuine home. This was while working full-time, too. He is convinced that, if he dedicates himself to a similar project in the future, he’ll be able to turn it around even sooner. It seems that he also has an apprentice in tow.

It appears that illustration background dovetails neatly with interior design. Michael is hoping that he can convince others to take the plunge, and purchase old vans for conversion into homes.

If they do so, Michael is ready, willing, and able to take on the job of these renovations. If you’re interested in recruiting Michael, get in touch with him through his website – Tall Man Vans.