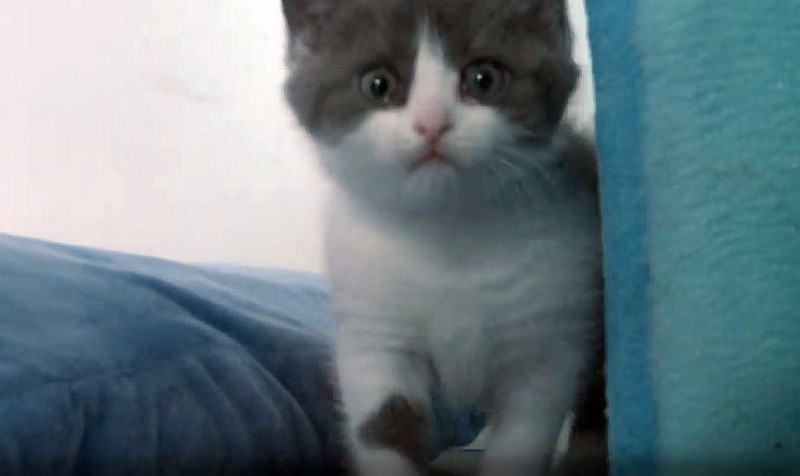 When Chinese cat lover Huang Yu lost his beloved pet Garlic, a British short-haired moggy, he struggled to cope with the loss. Fortunately for Mr. Hu, and perhaps worryingly for the rest of us, he had the means to do something about it.

At the cost of $30,000, Mr. Hu employed the services of Sinogene, a Chinese specialist in the field of cloning, to bring Garlic back to life.

Although the Garlic 2.0 is only a clone, Mr. Hu claims his new pet shares a 90% similarity with his predecessor.

Mr. Hu was allegedly moved to take the unorthodox step because Garlic’s life was tragically cut short and he is not alone. Sinogene claims that they have already reunited 40 other owners with pets from beyond the grave.

Like the Steven king tale Pet Cemetery, a remake of which returned to the cinema this year, this new trend is worrying for the obvious reasons. It’s too easy to substitute the word pet for the word child.

The birth of cloning

Cloning as a practice is not a new idea. The first ‘clones’ appeared over a hundred years ago as scientists experimented with sea urchins. Later, in the ’50s, scientists were able to recreate tadpoles. A similar technique was then used on fish in the ’60s, and in the ’70s scientists successfully created two genetically identical mice.

The first real mammal clone was a sheep named dolly named after Dolly Parton arrived in 1996 and lived to the ripe old age of ten. A year later, scientists used the same technique to create ‘Gene’ the cow.

Although science has been with us for almost a generation, cloning domestic animals didn’t happen until 2001 when scientists cloned the first cat known as CC. Five years later, scientists in Korea created a clone called Snuppy from the cells of an Afghan Hound. Snuppy passed away ten years later from cancer but lived a healthy life until then.

Cloning is always likely to be controversial due to the ethical concerns we raised above and other related issues. Indeed, the practice is illegal in most of the world.   The United States and China, however, allow the practice. The most famous cloned pets belong to Barbara Streisand, who allegedly paid $100,000 to clone two new versions of her much-loved pooch.

How does it work?

Unlike what we’re told in science fiction movies cloned pets are not grown in vats. The process involves the normal mating and conception of two dogs, and the science happens in the womb. Using DNA harvested from the donor animal, scientists replace the nucleus of the embryo, and then nature retakes its course.

How similar are clones?

On a genetic level, cloned animals are almost identical to the original, but that doesn’t mean they’ll behave the same way or have the same character. We learn our behavior partly from our environment and our experience.

Therefore, it’s impossible for two animals to be the same. That said our minds and a trick called confirmation bias, where we look for patterns we expect to see, can give us the illusion that our loved ones have really returned from beyond the grave.

The future of cloning

Arguments over the legal, ethical, and moral issues surrounding cloning seem likely to continue. In America, some states are trying to force some regulation on this largely ungoverned practice. Indeed, in 2005, California was unsuccessful in a bid to make cloning illegal.

As with most controversial practices, it appears that those with the means will continue to be able to blur the lines. Which makes it all but inevitable that at some point in the future, someone with the money will attempt to use the ‘Pet Cemetery’ to bring back the dead.