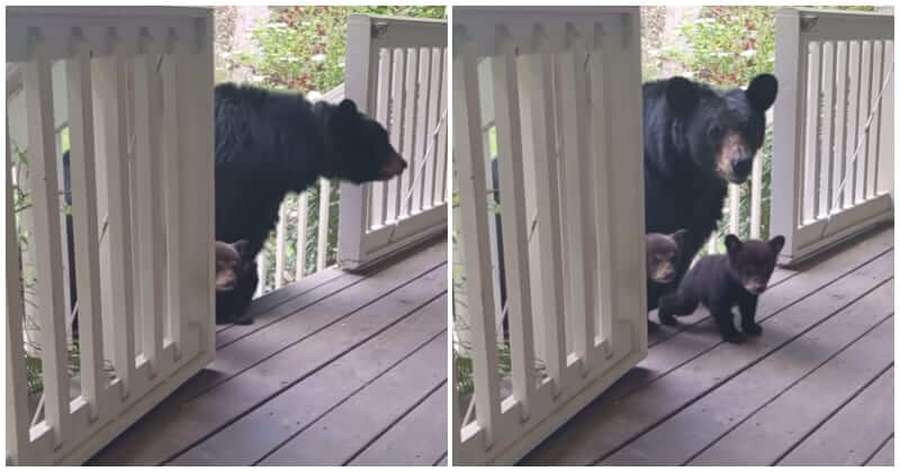 Bears are among nature’s most widely misunderstood animals. City-dwellers often live in fear of these sizable mammals, issuing words of warning to anybody planning on venturing into forestry. Of course, this respect for bears’ habitat is well-earned. When angered or worried, these animals are famously ferocious. The wrath of a “mama bear” has entered legend.

Residents of North Carolina are no strangers to sharing their terrain with black bears. Residents of the Tar Heel State have begun building on and moving into the previously wild landscape, meaning they’ll cross paths with the resident animals. This may sound worrying, but provided the residents remain BearWise, the relationship remains harmonious.

Sometimes, though, the dynamic between humans and bears can go one better. Take Patrick Conley, who resides in the city of Asheville in the North Carolina mountains. Over multiple years, Conley forged a bond of trust and respect with Simone. This free-roaming black bear often wandered up to – and even into – his house.

Simone displayed behavior that bonded her and Patrick Conley for life on one occasion, cementing their friendship. No, thankfully for Conley’s sake, she did not wrap him in a bear hug. Instead, Simone offered the greatest compliment that any mother bear can offer. She brought her cubs to the property, introducing them to Conley,

Pygmy Hedgehog Packs His Tiny Bags and Goes Camping in…

Watch the video down below of the cubs exploring Conley’s porch for the first time. Just be warned – it may be just about the most adorable thing you will ever see. Be sure to watch the rest of the videos on the channel, too. Conley has been charting the cubs’ progress, now regular visitors increasing in confidence and stature alike. It’s fascinating to see the bond form between humans and animals in these younger critters, just as it has been Conley and Simone.

There is no way of knowing what will happen in the future, but it seems that Patrick Conley will be sharing his home with bears for a while yet. In fact, given how much Simone appears to trust him, she may need to start paying him babysitting money while she disappears back into the woods and enjoys some well-earned time to herself.

Many experts would advise against developing this bond, lest it fool the bears into thinking that all human residences are home to equally friendly owners. To that, we simply ask – why would these bears ever approach another home when they’re made so welcome at this one?