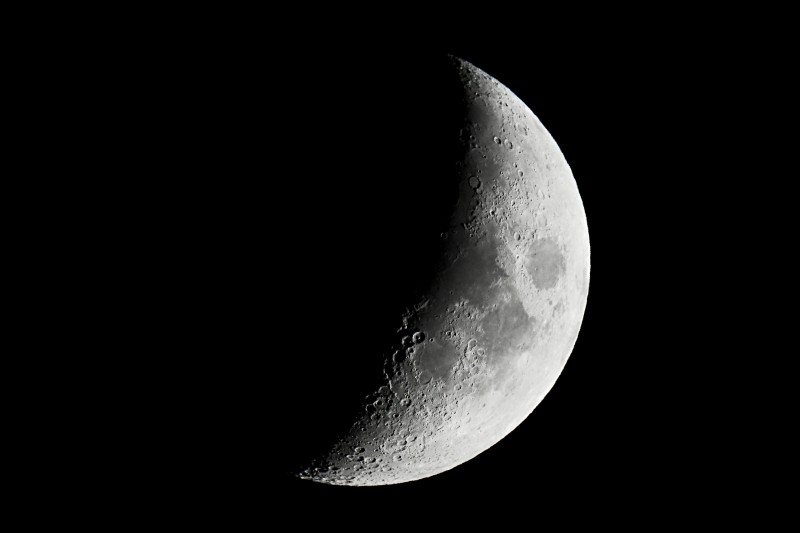 When children imagine what life on the moon might look like, they typically believe one of two things. One: aliens, with green skin, over-large eyes, and a terrifying aesthetic. Two: humanity, only living in bubbles and hopping from place to place.

In 2019, the Israeli Beresheet probe launched the moon’s first inhabitants into space. This private lander was meant to be the first of its kind to land on the moon. However, mission controllers lost contact with the craft in April, and, up unto this point, assuming that all technology included in the mission was lost.

The cargo of that private lander, however, was not. It also happened to be housing tardigrades – some of Earth’s mightiest little creatures – by the truckload.

Scientists have discovered an exoplanet with an unusual…

But what does that matter? Usually, creatures, when exposed to space’s atmosphere, not to mention the harsh ecosystem of the lunar landscape, would die within moments.

Not so with the tardigrade. Tardigrades are most frequently known by the moniker, “water bear.” These critters are invisible to the naked eye and can only be viewed with a microscope. They appear relatively cylindrical, with their heads tucked into their bodies a la a pug.

Tardigrades were first discovered by a German pastor named Johann August Ephraim Goeze in the year 1773. Goeze referred to these creatures by the name, “Tardigrade,” which translates as “slow stepper.”

While it’s true that these creatures don’t move at high rates of speed, Goeze was able to observe their incredible ability to survive in extreme environments as far back as the 18th century.

It is that ability to survive that makes tardigrades so unique. These creatures can pull their heads and eight legs back into the bodies, curl into little balls, and hibernate. As they do, the tardigrades remove almost all of the water from their bodies and halve their metabolic rates. As they do, they take on the appearance of a creature that’s long been dead.

As soon as the creatures as exposed to water, they spring back to life. What’s more, tardigrades appear not to age while in hibernation and can return to their daily activities of eating and reproducing without so much as a hiccup.

This unbelievable endurance allows tardigrades to live in some of Earth’s most extreme environments. As of 2019, experts have found tardigrades in the Antarctic’s subglacial lakes, in the middle of blistering deserts, inside of volcanoes, and on frosty mountain tops.

Scientists originally sent tardigrades into space in 2007, but only to test the creatures’ durability.

Come 2019, it is Lukasz Kaczmarek, a tardigrade expert, an astrobiologist with the Adam Mickiewicz University in Poznan, Poland, who elaborates on those initial discoveries. Kaczmarek explains that, because tardigrades have also survived asteroid strikes to Earth, crashes like the one they experienced when landing on the moon would cause them no fuss.

Representatives of the Arch Mission Foundation, who helped fund this most recent mission to space, agree with Kaczmarek’s conclusions.

That said, Kaczmarek predicts that, should the payload be returned to Earth, things will be alright. As previously mentioned, tardigrades barely age while they hibernate. As a result, they should revive without an issue upon their return to Earth – so long as they’re exposed to water.

Kaczmarek goes on to note that the tardigrades’ ability to slow their aging process – which he refers to as a Sleeping Beauty model – may eventually help human astronauts make the long journey from one side of the solar system to the other.

In the meantime, though, tardigrades remain the only creatures capable of surviving in the extreme conditions of space without a protective layer between themselves and the elements.

It’s worth noting, though, that tardigrades are not the first creatures to make their way into space. Animal participation in extra-terrestrial experiments has been long-contested, and its history is a complicated one. The tardigrades of 2019 now join the ranks of some of the following space-bound creatures:

Fruit Flies – In February 1947, the United States launched a captured German V-2 rocket into the Earth’s upper altitude to better understand the effects of radiation exposure. They sent a number of fruit flies on this launch – intentionally – so that they could perform their necessary analyses when the rocket returned to Earth.

Albert II – Albert II was a Rhesus monkey who journeyed into space in 1949. While his predecessor’s flight had failed to leave its launching pad, Albert II made it 83 miles upward. He was anesthetized during this trip to prevent undue exposure to stress. However, this brave pilot did not survive re-entry.

Tsygan and Dezik – these two Russian dogs made it into space on July 22, 1951, though they did not orbit the Earth. They are exceptionally notable for another reason, though. Unlike all of their mammalian predecessors, these two dogs returned to Earth safely and were able to go on with their lives happily.

Laika – perhaps the most famous dog to ever enter space, Laika served the Soviet Russian and became the first dog to orbit the Earth in 1999. It is said that she died from stress and an excess of heat during the fourth circuit of overhead flight.

Luckily, the tardigrades are a hearty bunch. Even with such a contested series of animal experimentation and flight behind them, they offer astrobiologists and scientists a new glimpse into the future.

Should they return to Earth or remain on the moon, they will always be the first living creatures to have successfully survived in space – a new accolade to add to those which the beings already have.