As far back as 1906, the California Academy of Sciences had researchers capture and preserve a huge tortoise. Fernandina Island, one of the Galapagos Islands, is where the male critter had lived.

The reptile, known as chelonoidis phantasticus, was formerly supposed to be the last of its kind, a majestic, ancient creature that had long been assumed to be extinct.

Biologists, however, have surprising news after a century of tantalizing hints. No, the “wonderful big tortoise” species is not extinct. A lone female has been found in her woodland home to save a species from extinction.

Although she was discovered earlier this year, the tortoise’s DNA has just lately been validated by writing. Her home on Fernandina Island, where reports of scat sightings and tree bites suggested tortoises could still be around, had been a happy place for her.

Scientists gave Fernanda this name. Her DNA was analyzed and compared to that of a 1906 sample. Fernanda was discovered to be a member of the extinct “wonderful” species. Communications Biology reported on this fascinating development.

Fernanda is middle-aged, even though her species has not been reported in almost a century. Species of her kind may live up to 80 to 120 years; thus, specialists believe she is beyond 50 years old. A lack of nourishment might have slowed her development. 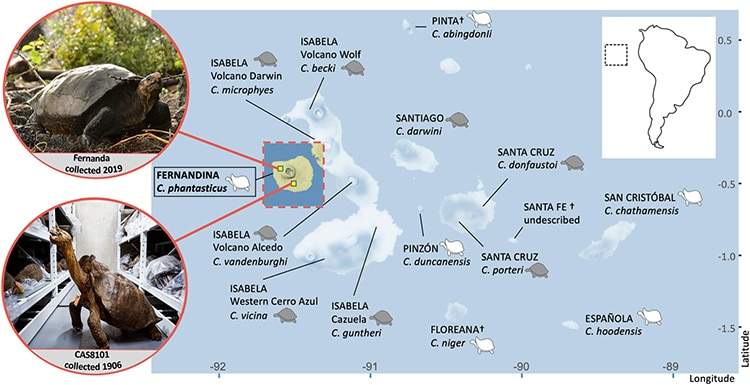 Fernanda is presently a resident at the Giant Tortoise Breeding Center of the Galápagos National Park on Santa Cruz Island. If the additional study is done, it is hoped that the species can be successfully bred in captivity.

Fernanda’s scientific name hints that she may be as “wonderful” as her name implies. She might help save an extinct species if she is the lost connection.

Pugs Can “No Longer Be Considered A Typical Dog” Due To Health Issues, Study Says