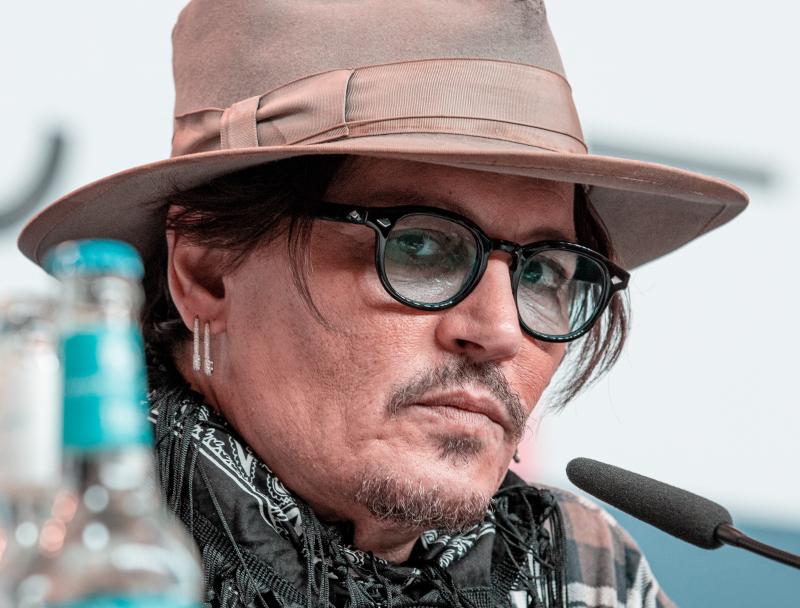 Depp received a guitar from his mother when he was 12 years old, and at 16 he left high school and decided to develop his musical career with the band “Kids”. He moved to Los Angeles, and in 1983 married makeup artist Laurie Ann Alison. She managed to persuade her friend Nicholas Cage to talk to director Wes Craven, and so arranged for Depp’s first audition. He made his film debut with Nightmare on Elm Street (1984), in which he played a teenager eaten from his own bed. He divorces Alison the following year.

Depp’s professional breakthrough came in 1987 in the series “21 Jump Street”, where he played a young police officer who went undercover to high schools and colleges. In 1990, he left the successful series to star in John Waters’ Cry-Baby and Tim Burton’s Edward Scissorhands. The relationship between the actor and Burton remains strong and together they make several more projects, as well as some of the most memorable images of Depp. Edward Scissorhands is followed by Ed Wood (1994), Sleepy Hollow (1999), Charlie and the Chocolate Factory (2005), and the animation Corpse Bride (2005).

He received his first Oscar nomination in 2003 for his iconic role as Captain Jack Sparrow in “Pirates of the Caribbean: The Curse of the Black Pearl.” The following year, he was nominated again for Finding Neverland, starring James M. Barrie, the creator of the Peter Pan story.

He then starred in the following parts of Pirates of the Caribbean: The Dead Man’s Chest (2006), At World’s End (2007), On Stranger Tides (2011), Salazar’s Revenge (2017). In 2007, Depp returned with another Burton film, the musical Sweeney Todd: The Demon Barber of Fleet Street, which earned him another Oscar nomination.

Written for him, the role of the Mad Hatter fits him perfectly, and together with Tim Burton, they create the incredible magical reality in “Alice in Wonderland” (2010) and “Alice Through the Looking Glass” (2016). He co-starred with Angelina Jolie in the thriller The Tourist.

In 2012, he played a vampire in Dark Shadows, and a few years later he was an Indian in The Lone Ranger. Among his latest incarnations is the role of the evil wizard Grindelwald in both parts of “Fantastic Beasts” based on the novel by J. K. Rowling. In 2020, he played a photojournalist in Minamata, investigating the illegal industrial pollution of a Japanese village and its impact on locals.

In 2004, Depp founded the film production company Infinitum Nihil, in which he is chief executive producer, while his sister Christy Dembrowski as president. He co-owns The Viper Room nightclub in Los Angeles and the Man Ray bar-restaurant in Paris.

Participates in songs by Iggy Pop, Aerosmith, Marilyn Manson, Vanessa Paradis. He played guitar for the soundtrack of the films “Chocolate” and “Once Upon a Time in Mexico” and appeared in music videos for Tom Petty, Avril Lavigne, Paul McCartney. In 2015, Depp formed the group “Hollywood Vampires” with Alice Cooper and Joe Perry. Hollywood Vampires released their debut studio album in September 2015. It includes 11 classic rock covers as well as 3 original songs (all co-written by Depp). In 2016 and 2018 they also do two big world tours. Their second studio album, Rise, was released in June 2019 and consists mostly of original material, including songs written by Depp.

Among the women Depp is dating are Winona Ryder and Kate Moss. He met Vanessa Paradis during the filming of The Ninth Gate. They have two children, Lily-Rose Melody Depp and John Christopher “Jack” Depp III. The Hollywood couple split in 2012 when Depp met Amber Heard. The couple married in 2015 and divorced a year later after Hurd accusing Depp of verbal and physical harassment.