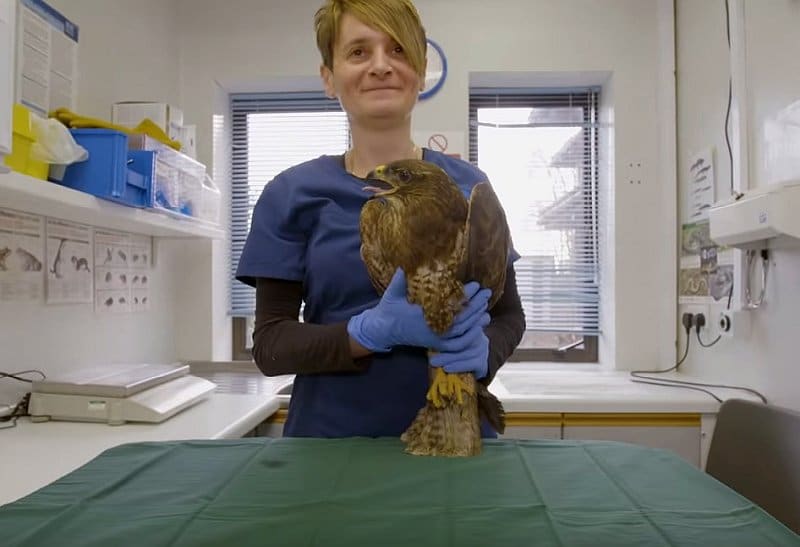 Hospitals can often be upsetting places. Cold, sterile, and packed with bad memories for many, you’d hardly be alone if you prefer to steer clear of such a building.

The exception to this rule is St. Tiggywinkles, a wildlife hospital in England. St. Tiggywinkles, named after the titular hedgehog of Beatrix Potter’s The Tale of Mrs. Tiggy-Winkle, is the largest establishment of its kind in Europe.

The patients of this hospital are among the most vulnerable in the world, and it’s an undeniably charming place to spend some time. Take a tour yourself by watching this video.

Is an animal hospital a veterinary surgery?

You’d be forgiven for thinking so, but there are some very clear and distinctive differences between the two. Unlike a conventional vet, St. Tiggywinkles doesn’t treat domesticated cats and dogs.

Instead, the surgeons and nurses of his hospital specializes in helping and rehabbing injured and sick wild animals. This is a vastly different skill set, requiring a unique and bespoke knowledge base.

The hospital is located in Haddenham, a sleepy village located some fifty miles from London. Haddenham, like many rural English locations, is home to a variety of wildlife. The village hosts many ponds, in which Aylesbury ducks are bred, while wild deer, frogs, and toads and countless wild rodents also live within the greenlands.

It all sounds idyllic, but unfortunately, it’s not always this way for the local animals. Haddenham is still home to humans, which leads to traffic accidents and the destruction of habitats. Concerned by the impact that humans were having on the animal population of his town, Les Stocker was inspired to create St. Tiggywinkles.

Who was Les Stocker?

Stocker was a wildlife campaigner that felt strongly about saving the lives of animals harmed by humans, regardless of whether this was by accident or design.

Along with his wife and son, Stocker formed the Wildlife Hospital Trust in his garden shed in 1983. The focus of the family was rehabilitating small animals that were injured crossing the road in Haddenham.

In 1984, Haddenham suffered a drought. This had a significant impact on the local hedgehog population. As the Stocker’s had amassed quite a reputation by his point, sick and thirsty hedgehogs were frequently brought to their door.

Stocker set up a special wing of his hospital, dubbed St. Tiggywinkles, especially for treating the stricken hedgehogs. The name stuck, even when the hospital was relocated to vastly larger premises.

Les Stocker continued to campaign for animal welfare until his death in 2016, earning numerous awards for his efforts. In 1989 he published a book entitled Something in a Cardboard Box, which taught people how to care for wildlife. The St. Tiggywinkles hospital also remains a lasting tribute to his legacy.

How does St. Tiggywinkles operate?

The majority of patients treated at St. Tiggywinkles are brought in by the general public. Hedgehogs continue to make up the bulk of animals that require treatment at the facility. These small critters are joined by birds, deer, frogs, field mice, snakes, and rabbits, however. The staff of the hospital are trained to treat all manner of wildlife.

St. Tiggywinkles operates a straightforward policy. Every animal they treat is rehabilitated, then released back into the wild as soon as it’s safe. No matter how adorable the animal may be, and how much the surgeons and nurses bond with them, the intention is to save lives and boost conservation. Anything else would be deemed inappropriate.

Impact injuries are the most common ailment. As a rural community, animals, and humans live side-by-side in Haddenham. Animals and cars have a more acrimonious relationship, though. The wildlife can be struck by a car, leading to broken limbs or wings. Due to the reputation of St. Tiggywinks, any impact in the area usually results in the admission of a new patient.

Who pays for all this?

As a registered charity, the financial implications of St. Tiggywinks are taken care of by donations. The establishment returns this generosity in spades. Not only are essential animals kept alive, but the hospital doubles up as an educational facility.

Offering expert advice, the team at St. Tiggywinkles ensures that anybody knows how to react when encountering a sick wild animal. Armed with this information, we can all make a difference in our own small way.

The spirit of this hospital is mirrored in wildlife rehabilitation centers all over the world. By caring for small animals that can’t care for themselves, we can take small steps to make up for the damage that we do to the planet.