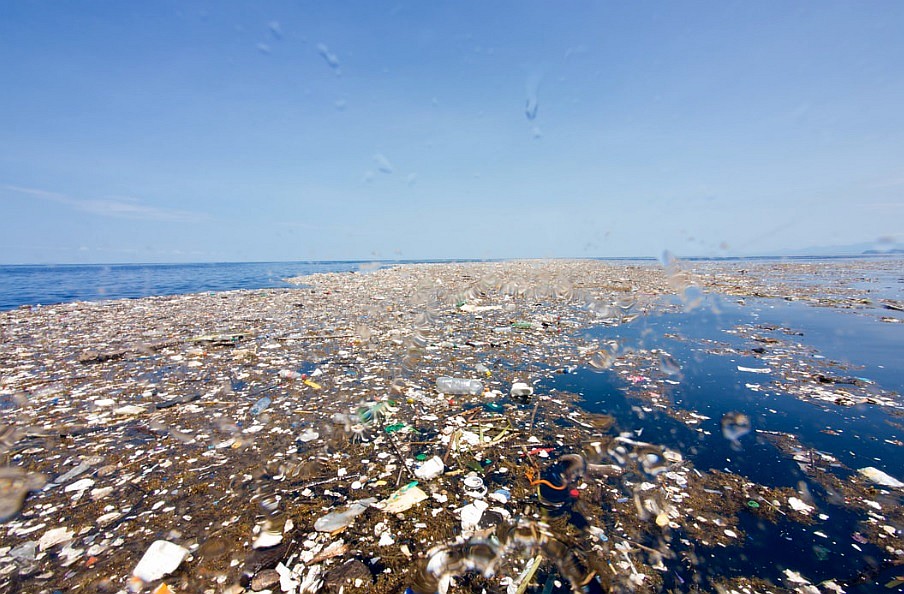 We’re all encouraged to do our bit for the environment, and for the most part, we manage to do so. Recycling is vital, and reducing our use of single-use plastics makes a big difference. For the most part, we’re all conscientious. Surely it doesn’t really matter if we lot something slip every once in a while.

That’s a beautiful theory. Unfortunately, pollution in the world’s oceans doesn’t operate a red or black ledger. Any damage is adding to an already critical issue. Caroline Power, an underwater photographer, and environmentalist understands this better than most.

Her image of a Caribbean sea, “choking with trash” will haunt anybody that claps eyes upon it. So much of this damage is caused by plastic – and we all have a responsibility to prevent similar images becoming increasingly widespread.

How much plastic are we using?

It’s estimated that an excess of 300 million tons of plastic is produced each and every year. When we consider that just 12% of that is recycled, it becomes clear why we’re entering an emergency situation.

It’s estimated that a new truckload of plastic is dumped into the ocean every minute.

80% of the plastic found in the ocean starts life above ground. You may think that you’re in the clear because you recycle your plastics – but sadly, that isn’t the case. Plastic is a complicated material.

All plastic waste should be sorted into different categories and treated accordingly. The fact is though, this isn’t happening – at least not in the Western world.

China became a leading force in plastic recycling for a spell. Wealthy nations that lacked the inclination to sort their own plastic waste shipped it all to China. From here, professional businesses would sift through the waste and categorize it accordingly.

As the Chinese economy grew in strength and stature, however, this no longer became the national business model. China ceased accepting other nation’s waste, and we were back to square one.

Other countries stepped into the breach, but as always appears to the case, corners were cut and legality was questioned. The simple fact is, the issue of plastic pollution in our oceans is not going away. If anything, it’s getting worse by the year.

The impact of plastic

Take another look at the photographs snapped by Caroline Power. Remember, that’s the Caribbean – a territory famously known as one of the most beautiful places in the world. Now, the ocean is marred and stained by human waste.

It looks as though a rubbish dump has been relocated in one gesture, and it will only get worse.

Ms. Power took her snapshots close to the Cayos Cochinos Marine Reserve, which is found in Honduras. Discussing the heartbreaking discovery, the photographer said:

“We were on a dive trip to a set of islands that don’t quite break the ocean surface. They are one of the most pristine dive sites in this part of the Caribbean. The photo of the diver in the water was actually over one of these seamounts. To see an area that is supposed to be pristine covered in garbage and trash was disheartening.

Everywhere we looked, [there were] plastic bags of all shapes and sizes: chip bags, zip locks, grocery, trash, snack bags, other packaging. Some were whole, and the rest were just pieces. Sadly, many turtles, fish, whales, and seabirds will mistake those bits of plastic for food.

We then reached an area about two miles wide that had multiple trash lines that stretched from horizon to horizon. There was also a seemingly infinite number of plastic forks, spoons, drink bottles, and plates. There were broken soccer balls, toothbrushes, a tv, and so many shoes and flip flops.” (source)

The beautiful and unique animals that dwell under the surface of the sea are at risk through plastic pollution. Sea turtles are the most likely to struggle, but plenty of others are impacted. If we’re not careful, the human race will have the extinction of more animal species‘ weighing on our consciences.

We can blame the plastic in the ocean for this. Undersea animals are not particularly discerning diners. They’ll find something solid floating and take a bite. As plastic isn’t safe for human or animal consumption, this doesn’t end well.

Marine biologists and veterinarians have conducted autopsies on a range of animals and found they have died through intestinal blockages. In short, this means that they starve to death because they’re unable to gain sustenance from other, edible foods.

Even if you’re unconcerned by the plight of marine animals, maybe your own health will cause you to stop and take notice. Whenever you drink water from a tap, that h20 has started life in the ocean somewhere. This means that there’s a 72% chance that you’re consuming traces of plastic. Do you really love the material enough to eat it?

Let’s be clear – right now, plastic consumption through tap water isn’t a clear and present danger to your health. There was a time that plastic didn’t impact negatively upon marine life either, though.

Sooner or later you’ll have to pay the piper. Putting a stop to plastic pollution now will enhance the quality of life for our planet’s future inhabitants – whether under the sea or on dry land.

What are the alternatives?

So, we have established that plastic is the bane of ocean life. What can we really be expected to do about it, though? Can the human race really eradicate the use of plastic within a single generation?

Perhaps not. Plastic is ingrained into our lives. There is so much we can do to change this though, and it involves more than merely dropping packaging into a recycling center.

Firstly, eradicate single-use plastics wherever possible. There’s no need to buy bottles of water regularly. Pick up a reusable bottle that can be carried around, and you’ll save a few bucks as well as the planet.

The same goes for other drinks, too. If you’re prone to stocking up on multiple plastic bottles, consider investing in a soda machine. You’ll find yourself with considerably less waste to deal with.

In turn, this sends an important message to retailers. If we stop purchasing plastic, they’ll stop wrapping items in the material. Hitting corporate entities in the pocket are the only way to really make them sit up and take notice.

Having said that, campaigning and enhanced awareness are having a positive impact. Under pressure from advocates and consumers, plastic straws and bags have slowly and steadily been outlawed. Remember, you’ll use a plastic bag for roughly 15 minutes. In most cases, it will never dissolve.

Many nations are also implementing what is being colloquially dubbed a ‘plastic tax,’ charging higher prices for unnecessary plastic items. A supermarket in Amsterdam has even founded a plastic-free aisle, with aims and ambitions to expand this concept throughout the store.

All of these are small steps toward a brighter, better world – where our oceans are not plagued with a plastic menace.

Ridding our lives of plastic can sometimes feel like a buzzword, an online call to arms that will fall away before long. The truth is, the requirement for this is long past urgent. The plastic crisis that is engulfing our oceans is not going to clear itself up.

Sadly, neither is the damage that has already been done. At this stage, all we do is hope to prevent the issue from growing any worse.