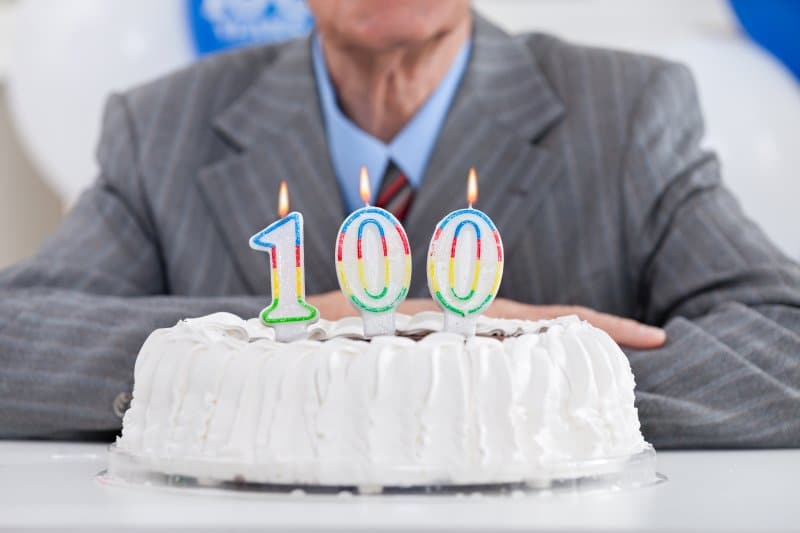 How long could a human being realistically live?

Scholars of The Bible will be aware that humans are expected to live for, “three score years and ten.” That’s seventy years if you’re not familiar with the slang term, “score” equaling twenty.

Obviously, that’s not a scientific estimate. There is no way of knowing for sure how long any of us will live. Lifestyle, geography, and old-fashioned dumb luck all play their part in asserting life expectancy.

One thing is sure, though – human beings are living longer and longer. According to research, that’s a trend that’s set to continue.

Are we really living longer as a species?

Old age is not an entirely modern construct. We can look back to Geert Adriaans Boomgaard, a Dutch soldier born in 1788 that died in 1899. Boomgaard lived for an eye-watering 110 years and 135 days, making him the world’s first supercentenarian. For the uninitiated, that’s an individual that lives for 110 years or more.

Boomgaard is not the only person to achieve this lifespan. As you may expect, however, most supercentenarians are female. Women are expected to live longer than men, and the stats bear this out. The world’s first female supercentenarian was Margaret Ann Neve, who lived for 110 years and 321 days before passing away in 1903.

The question is, will anybody break this record and live for even longer? The scientific opinion suggests that it’s only a matter of time before this happens.

Why are we living longer?

The obvious answer is vast and rapid improvements in medicine and healthcare, especially in developed countries. Once upon a time, infant mortality rates were through the roof, and a great many women lost their lives while giving birth. Thankfully, that’s no longer the case. Now we are also living considerably longer into our dotage.

It seems that one way to boost your chances of a long life is to move to Denmark. Denmark has more centenarians than any other country. A study compared Denmark’s aged population to neighbors Sweden and found that most Danish centenarians retain superior independence in bathing, mobility, and mental cognition.

It’s undoubtedly no coincidence that, of the two countries, Denmark has a superior healthcare program engineered toward caring for the aged. Sweden had to cut back on such spending in the 1990s, and the nation is yet to fully recover. This has led to disparate approaches between the two countries.

In Sweden, the elderly population that finds themselves unable to afford help rely on family support. No matter how well-meaning and compassionate relatives may be, they cannot match the expertise of healthcare professionals. Besides, the Swedish healthcare system focuses primarily on the frailest members of society. In Denmark, it’s a more generic approach. This leads to people receiving help earlier before it’s too late.

How can I live a longer life?

That’s a pretty flippant response, but it obviously carries some weight. Lifestyle can play a significant role in life expectancy. It’s not always that simple, though. Jeanne Calment was known to enjoy a daily cigarette, glass of port, and serving of chocolate. Few doctors would recommend those as part of a diet plan.

Perhaps we should learn from Ms. Calment. It’s more important to live a good life than a long one. As we stated at the top of this article, there are no guarantees. Any one of us could find ourselves in the wrong place at the wrong time or be struck down at random by illness.

Ultimately, Jeanne Calment proves that humans can realistically live to 122. Science believes that the pendulum of life expectancy continues to swing upward, and eventually, somebody will break that record. Who that remains to be seen. There is no reason that it cannot be you or somebody you love. In the meantime, enjoy your time on Earth. It’s a great time to be alive.