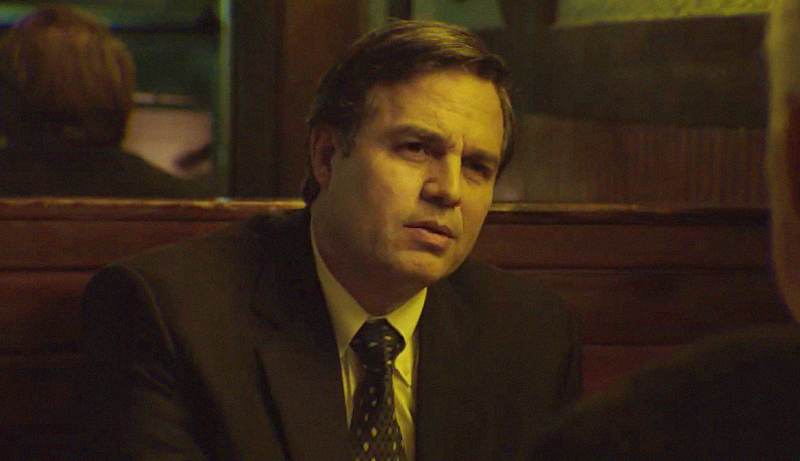 The new movie Dark Waters has brought to great public attention a lawsuit brought against chemical manufacturers DuPont, charging them with having negligently poisoned the water supply of the small town of Tupper’s Plain in Ohio, USA, leading to a class action by industry lawyer Rob Bilott that blew open history of cover-ups, lobbying, and intentional deception.

At the heart of the story is Teflon, a wonder chemical created by accident in DuPont’s labs way back in 1938 and since used in a range of products (most notably in non-stick cookware). Although it was a quick seller right from the off (peaking at global profits of 1 billion dollars in 2004), it required refinement to smooth out its freshly formed texture. This is where Perfluorooctanoic acid, most commonly known as C8, comes in.

[ Read: Meet Elsie Eiler, a majority of one in a ghost town ]

Originally manufactured by 3M (the company that invented the Post-It), DuPont bought C8 from them until they stopped manufacturing in 2002, at which point DuPont took C8 in house. This powdery white substance (resembling laundry detergent) was used in non-stick coatings from cookware to wrapping plastic to waterproof clothing and electrical cables. It was everywhere. And that included the environment.

Because the powdery nature of C8 means that it escapes very easily into the air and, from there, into every other part of the environment, its inert nature, which makes it an ideal non-stick surfactant, also means that it doesn’t biodegrade. Instead, it remains in places like water sources (or the human bloodstream) and, as more C8 enters that environment, rather than breaking down and disappearing harmlessly, it amasses, or bioaccumulates, and gets dangerous.

That easy spread and failure to biodegrade is what has allowed C8 to be found in the drinking water of over 100 million US citizens, and in the bloodstream of 98% of people in the US regardless of water supply, to appear in animals in the remote North Pacific and aquatic and avian animals around the world. Because it doesn’t break down, it will likely be in the environment for literally thousands of years.

This wouldn’t be an issue if C8 weren’t linked to a range of more or less horrifying fatal conditions. But it very clearly is. And DuPont seems to have known about this for a very, very long time, both that it was linked to cancers in tested animals from 1954 onwards, and the dangers of bioaccumulation from perhaps 20 years later. In fact, even 3M knew as far back as the 1970s. At DuPont in the 80s, birth defects among women who had worked with the product while pregnant led to a ban on women working in the Teflon division. But not on Teflon itself.

In response to the potential risks, DuPont asked employees in 1984 to secretly collect jugs of tap water to test, ultimately discovering dangerous levels of C8. Notes from the following board meeting show that the men behind DuPont’s fortune did not find the option of ‘total elimination’ as ‘economically attractive’ in spite of the health and legal implications. So instead, they did nothing, besides keeping the whole thing quiet. And escalating production.

Such an attitude may seem cold-blooded, but it was culturally embedded in the long history of the company. A long-standing giant in the field of industrial chemicals, DuPont was founded in 1802 by Éleuthère Irénée du Pont (originally for manufacturing gunpowder) it has been responsible for inventing a blistering range of chemicals underpinning modern society, including household name substances like nylon, freon (the ozone layer killing refrigerant), cellophane, neoprene, rayon and Lycra, the sheer wealth accumulated by this business helped to create a dynasty of heirs and heiresses, some with scandals of their own.

The 2014 movie Foxcatcher, for instance, follows the case of John Du Pont the DuPont heir who became obsessed with Olympic wrestling and used his wealth to form his world-leading training school, before concentrating on leading a cult (a bit of real-life craziness the movie couldn’t face up to mentioning) and murdering his head coach (played by, ironically enough, Mark Ruffalo).

No strangers to scandal, DuPont also had form when it comes to clumsy and, frankly immoral, attempts to dispose of dangerous pollutants, from burying barrels of toxic waste along the banks of the Ohio river to dumping it at sea (until a fisherman accidentally dredged a barrel up).

In many ways, DuPont are simply products of their time, with no real regulation until the 1970s companies made their own rules and local and national governments responded unevenly if at all, creating scandals such as the century of pollution in the river Flint, the Dow Chemical Great Lake mercury scandal or the horror of Love Canal.

The Bilott case eventually resulted in a class action that took potentially hundreds of millions of dollars from DuPont, including into researching the full scope of who had been harmed in order to potentially compensate them, as well as triggering a separate action from the US Environmental Protection Agency (EPA) over DuPont’s decades-long cover-up of evidence of C8’s harm, resulting in a record $16.5 million payouts in 2005.

However, compared to the $1 billion DuPont made from Teflon alone in the previous year, this was small fry (even if humiliating) to the chemical giant. It wasn’t even forced to stop C8 production, only phase it out over the coming decade and, in fact, a sub-company Chemours is simply producing a very similar offshoot product called GenX.

And unbelievably, close to 60 years since the birth of the modern environmental movement, the regulation (or otherwise) of polluting chemical companies is still a hot topic, with camps on both sides. Lobbyists for the chemical industry riddle the Trump administration, even within his appointments to the EPA, and are implicated in a historic reversal in water safety standards as well as trying to block the release of a controversial study on PFAs (C8).

They have also been influential in pausing the EPA’s ban on trichloroethylene and casting doubt over the danger posed by Hexavalent Chromium (the chemical pollutant Erin Brockovich so famously fought against, which is still a pervasive and widespread problem in the US water system, affecting potentially 200 million people) and formaldehyde. In fact, the latest version of the EPA has tried to reduce the amount of peer-reviewed science they are even allowed to consider when making decisions.

This kind of lobbying goes back a long way, and DuPont is central in that story too. They were at the heart of the historic lobbying group the Manufacturing Chemists Association (founded in 1872 and which now operates as the American Chemistry Council) and, through them, to drafting the first environmental protection laws, such as the Toxic Substances Control Act (TSCA), (once they had given up trying to prevent any regulation at all) which accounts for how toothless they ultimately proved to be.

The ACC and chemical industry’s lobbying has been consistent for over a century, with millions of dollars spent every year and to considerable effect. Industry money also gets sunk into supposedly neutral since advocate groups, which, funnily enough, tend to oppose regulation, often questioning the science (or “junk science”) behind attempts to regulate.

Accordingly, the US attitude towards the regulation of chemicals has been way out of step with other countries, where the precautionary principle takes precedence, meaning the USA can take decades longer to ban, restrict or control potentially dangerous substances (nearly 75 years in the case of lead-based paints) due to its insistence on letting industry, not the government, take the lead on product safety.

There are some glimmers of optimism on the horizon for regulating chemicals in the US, particularly with the updated TSCA from the end of President Obama’s term as President. This regulation has a lot of gaps, including food and make-up, much of the latter full of chemicals that are banned under EU law. But lawsuits are slowly catching up to the chemical giants, just as they did with the tobacco giants, with Monsanto paying out millions to those harmed by its weedkillers, for instance.

But meanwhile, in spite of high-profile multi-million dollar lawsuits and Oscar-worthy Hollywood movies, DuPont’s long history of polluting the air and water of the USA looks set to go on and on. Whether governments, lawyers, or ordinary citizens can do anything to stop them is for future stories or movies, yet to be told.