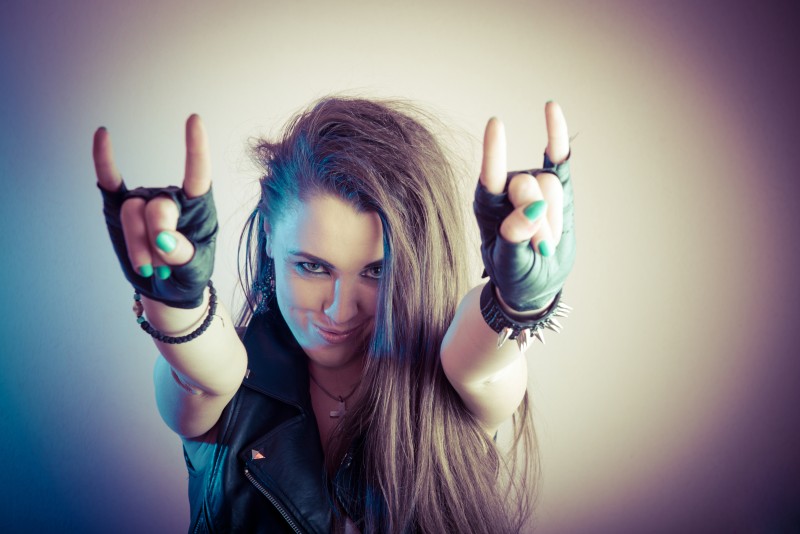 Heavy Metal music has often been maligned by the mainstream. The songs are described as a racket, made with an, “everything louder than everything else” mentality that lacks artistic finesse.

Musicians are accused of being boorish and, as anybody who lived through the infamous ‘Satanic Panic’ of the 1980s will recall, potentially in league with the forces of darkness. Fans, meanwhile, are often described as emotionally stunted, lacking fashion sense, and sporting questionable personal hygiene.

Naturally, fans of the genre have known this to be nonsense for years. Metal contains some of the most complicated time changes and musicianship in the game. Those that play it are often softly-spoken music aficionados that have dedicated their lives to studying musical theory and bringing new and unique compositions into their work.

Fans have globalized to create a most welcoming community, built around a shared passion for moshing, headbanging, and screaming, “run to the hills” at the top of their lungs.

Science, it seems, is finally on the side of the humble metalhead. Heavy metal has been connected to a range of health benefits for fans. Nick Pelham, a senior psychology lecturer at the Metropolitan University of Cardiff and a self-confessed metalhead, has investigated this in great detail.

Squeeze into your most elegant pair of tight jeans and reach for that Metallica record you loved as a teenager. We’re about to explain how rocking out is good for the mind, body, and spirit.

How can metal possibly be healthy? It hurts my ears

Oк, we’ll be honest – our first example requires an appreciation for one of the more extreme forms of rock music, thrash metal. If you’re not familiar with the sound of thrash, think of 1980s-era Metallica, Slayer, or even Mötorhead.

If you’re a thrash fan, a study shows that listening to your favorite tracks will improve your ability to rotate objects in your mind mentally. It’s the familiarity of a fast-paced beat that is getting your mental juices flowing. Now, naturally, this means that the same can be said about any genre of rapid-fire music.

If you’re more of a Drum & Bass fan, that will have the same impact. The fact remains, however; listening to music that you don’t enjoy impairs this ability. If you’re a metalhead, you can explain how you’re staying safe by blasting Angel of Death at eardrum-busting volume.

What about the impact of all that headbanging, though? Surely that will kill off any number of brain cells? Well, the truth is, listening to any kind of music while performing another task impacts on your short-term memory. It doesn’t matter if your choice of tunes is Van Halen or Vivaldi, or whether you enjoy the music or not. Background noise, it appears is the enemy of retaining information.

OK, but I don’t like thrash metal. How is that supposed to help me?

Maybe you should give it another shot. A further study has shown that fans of metal music tend to be more open-minded individuals that are open to new experiences. This is presumably why you’re more likely to find a metal fan that also enjoys The Beatles than an ardent Beatlemaniac that likes to let loose with a little Megadeth every once in a while.

Interestingly though, the study also showed that fans of heavy metal tend to rank lower in self-esteem and trust in authority.

This raises a philosophical question. Are such individuals drawn to the visceral, antagonistic, and frequently nihilistic tone of heavy metal music because of this? Or does metal music warp the brain chemistry of an otherwise blank slate, adding ammunition to claims that – along with violent movies and video games – it’s responsible for many of life’s ills?

It seems that the former reading is correct – which will come as no surprise to most of us. Further studies have shown that violent themes in music do not create a hostile temperament.

Put simply, if you have an overwhelming urge to get out on the streets and wreak havoc, you can’t blame the fact that you just listened to the new Slipknot album on Spotify. You would feel the same if you opted for Taylor Swift or Ed Sheeran.

In fact, here’s where things get really interesting. Another study took a focus group and angered them, using circumstances utterly unrelated to music. When played heavy metal afterward, the individuals experienced a flood of positivity and happiness.

It seems that heavy metal gives us a way to channel our negative emotions, in much the same way as a good scary movie lets us forget our anxiety about the real world in a safe environment.

What’s more, it’s been suggested that people that listen to heavy metal in their childhood and teenage years growing up to be better-adjusted adults in middle age. Maybe that’s because the music gets all that angst out while young. Perhaps it’s just because Iron Maiden is great, and it’s impossible not to be in a good mood after listening to 2 Minutes to Midnight.

I’m still not having this. Metal music is just noise, and you won’t change my mind

Of course, we won’t. As we have established, it’s pre-existing heavy metal fans that are open-minded amongst us.

Being facetious aside, let’s take another tack. Even if you don’t enjoy listening to heavy metal music, it can be used to enhance critical thinking. A famous court case involving British heavy metal legends Judas Priest unfolded in 1990 when they were accused of planting subliminal messages in their records when played backward.

Two teenagers believed that the band was telling them to take their own lives, and attempted suicide by shotgun. One was killed instantly, and the other died a few years later.

This accusation is nothing new, with countless other bands or artists facing similar allegations. The case was thrown out of court when it was decreed that any ‘voices’ that could be heard were purely accidental.

As the band’s manager memorably claimed before the trial, if they were to plant subliminal messages in their songs, it would be to buy more Judas Priest records. Murdering your target audience is not a sound business decision in any industry.

The question remains, though – why does heavy metal provoke such strong accusations in people outside the genre? Is it due to the blasphemous nature of some of the material?

It’s true that some metal bands gleefully provoke those with spiritual sensibilities. It’s worth noting that countless notable names in the genre – including Alice Cooper, Slayer frontman Tom Araya, and Iron Maiden drummer Nicko McBrain, all of whom have been accused of blasphemy through their songs – are deeply religious.

Perhaps it’s down to reasonable, old-fashioned fear of the unknown. For those without an ear for metal, it sounds like a cacophony of impenetrable noise. This could result in an outright rejection of the genre, and the people are so impassioned by it.

As a species, humans are hardwired to fear ‘The Other.’ Why are these people having so much fun when we don’t understand it? Something must be wrong with them.

If you have left metal behind in your past and consider it the refuge of childish tastes, give it another shot. Dig out your old favorites and check out the latest and most celebrated names in the genre. Who knows, you may even enjoy it – and as we now know, that’s a fast track to a happier and more contented life.