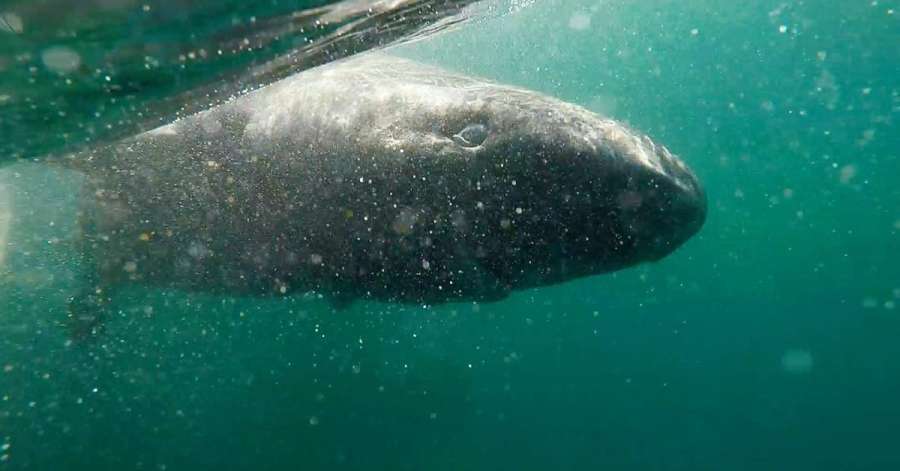 It’s a sad truth that animals have comparatively short lifespans, no matter how much joy they bring to the world. Typically, the exception to this rule is aquatic wildlife. Take the Turritopsis doohmii, aka “The Immortal Jellyfish,” for example. This gelatinous lifeform constantly refreshes its life cycle, essentially living forever. The giant tortoise, meanwhile, often survives over 200 years.

Of course, the ocean can be a dangerous place. There’s often a bigger, hungrier fish or lifeform looking for a snack – most often a shark. Forget images of the Great White, that famous monster of the media, though. While fierce, these sharks rarely live longer than 30 years. The Greenland shark (aka Somniosus microcephalus) has the most extended lifespan of any known vertebrate, with a life expectancy of up to 500 years.

Pygmy Hedgehog Packs His Tiny Bags and Goes Camping in…

A research team identified one particular Greenland shark as the world’s oldest vertebrate that remains alive today. As the shark measured in at 18 feet, the team was intrigued – this is larger than average and merited investigation. Carbon dating suggested that the shark dates back to 1505. For comparison, that means that this shark was alive at the same time as Christopher Columbus.

The Greenland shark goes by a handful of alternative names, including the Gurry or Gray shark. The creature is native to the depths of the Arctic and North Atlantic oceans, thriving in temperatures that are a little above freezing.

This explains why, despite its size (female Greenland Sharks usually reach 15 feet), flesh that contains toxins, and status as an apex predator, Greenland sharks are not deemed dangerous to humans. The last recorded attack of a Greenland shark on a person dates back to 1859. The shark in question is probably still alive, based on what we now understand about the animal’s lifespan.

This long-life ensures that Greenland sharks age and develop slowly. It’s estimated that the fish grows less than half an inch per year and does not typically reach sexual maturity for around 150 years. Baby sharks of the Greenland genus also gestate for up to 18 years before birth.

Sadly, the Greenland shark is now considered vulnerable due to climate change warming the oceans and fishing of the sharks for food. In Iceland, Greenland sharks are considered a delicacy – once the flesh has been suitably detoxified, naturally. This needs to be managed before nature loses yet another of its miracles.