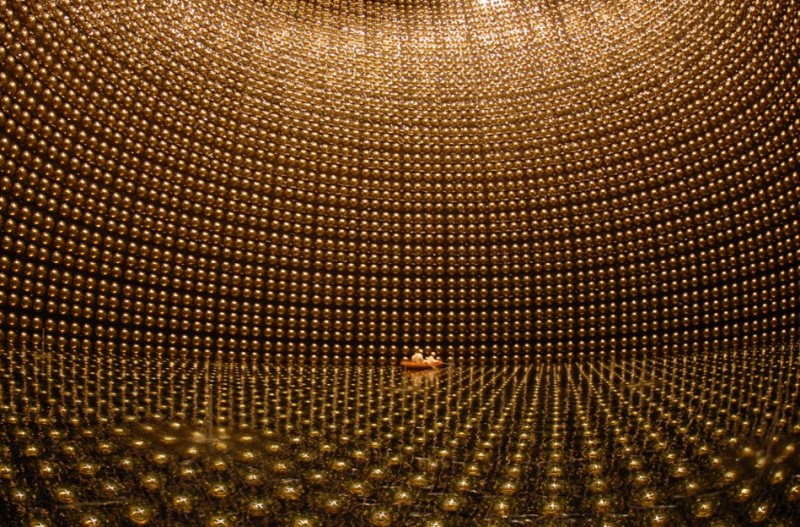 The Super-Kamiokande neutrino detector in Japan is a gigantic golden chamber, filled with water pure enough to dissolve metal, all hidden inside a bona fide mountain.

If this sounds excessive and convoluted and more like the burial chamber of a particularly corrupt and exuberant Pharaoh than an appropriate environment for a science experiment, then perhaps we need to talk about just how astonishingly hard it is to spot the elusive neutrino.

Described by Neil deGrasse Tyson as ‘the most elusive prey in the cosmos,’ neutrinos are particles that barely react with their environment, with no positive or negative charge and next to no mass.

In fact, that’s a big part of why they are so difficult to ‘see’ since any of the usual techniques we use to spot tiny particles require some level of interaction to trigger or confirm our observation.

“Matter poses no obstacle to a neutrino,” deGrasse Tyson explains, “A neutrino could pass through a hundred light-years of steel without even slowing down.”

As such, the neutrinos that bombard the Earth from space can pass through our entire planet without losing speed or even noticing that we were also in the way. Equally, we can live our lives unaware of these ghost particles as they whiz through us, trillions in any given second, on their journey through space.

But being able to spot neutrinos constitutes a significant big deal, not just in sub-atomic physics, but in astrophysics, since their presence can tell us so much about the universe and the behavior of our surrounding stars.

All existing models of the Big Bang predict the creation of equal amounts of matter and anti-matter, and yet, when physicists study the make-up of our existing universe, they discover a positive glut of matter and a conspicuous absence of anti-matter.

In fact, since matter and anti-matter destructively cancel one another out if they come into contact, if there had been equal amounts nearby in the early universe, the resulting destruction from the two reacting would have left us with a universe conspicuously empty of anything at all.

Super Kamiokande (or Super K, as it’s also known) has already been used to observe charge-parity violation in streams of neutrinos, which show the strange sub-atomic particle to be pretty much unique in its asymmetry, even above quarks which have been found to undergo weak breaking of this, apparently not so fundamental, the law of physics.

This CP violation might help to explain where the anti-matter from a neutrino-dominated early universe got to without wiping out both itself and all the matter.

In more tangible astrophysics, observations of neutrinos on Earth can also help us to predict the creation of supernovae. Supernovae are the devastating bursts of energy creating by a star collapsing and, shortly before the collapse itself occurs, a warning burst of neutrinos are emitted in every direction, something that Super K might be able to detect.

Given how rare an event a supernova can be, estimated at every thirty years ago within the limits of space that we can see from our solar system, having a neutrino early warning system to tell us where to point our telescopes would be a godsend for astronomers everywhere.

To detect these streams of all but undetectable particles, Super K has to be something pretty damn unique. And it is. The enormous underground water tank contains 50,000 tonnes of hyper-purified water, continuously filtered and refiltered, and blasted with UV light to destroy any impurities.

Surrounding the water is a lining made up of 11,000 shiny gold-colored light-detectors (Photo Multiplier Tubes – or PMTs).

The two are used in tandem to take advantage of another of the strange properties of neutrinos. That is, when they move through water, they travel faster than the speed of light. I know, just when you thought they’d broken physics enough?

Like a jet traveling through the air faster than the speed of sound, the neutrinos create a shockwave but, rather than a sonic boom, neutrinos discharge a flash, or shockwave, of light. And it’s the job of the PMTs to magnify and multiply these flashes.

The PMT’s are capable of picking up even the tiniest amount of light, and these are then converted into electrical current for the researchers to observe.

The water purity is both vital and a little bit terrifying, since water that pure carries the qualities of both an acid and an alkali and is anecdotally corrosive enough to have dissolved a wrench that was reputed to have been dropped during its construction.

In fact, Super K is so vast that, when things go wrong, it has to be fixed by scientists sailing out on the water in dinghies. One of these scientists, Matthew Malek of the University of Sheffield, has an anecdote about resting in one of the dinghies and not realizing a little of his hair was trailing in the water.

He woke in the middle of the night in extreme discomfort.

“I got up at 3 o’clock in the morning with the itchiest scalp I have ever had in my entire life,” Malek explained, “Itchier than having chickenpox as a child. It was so itchy I just couldn’t sleep.”

The itchiness had been created by the hyper-pure water leeching the nutrients cleanout of Malek’s hair. The water was so pure that the leeching had made its way as far as Malek’s scalp and only staved off by a quick trip to the shower and some serious shampoo and conditioning once he had realized what had happened.

Although Super K has already been successful in making some extraordinary, groundbreaking observations, and even earning one researcher a Nobel prize, that isn’t enough for the scientists, who are already planning and trying to gain approval for Hyper-Kamiokande.

This would be 20 times bigger, with about 99,000 PMTs instead of 11,000, and hopefully ready for action by 2026, creating who knows how many more Nobel prizes and groundbreaking observations of the symmetry-defying ghost particle, the neutrino. 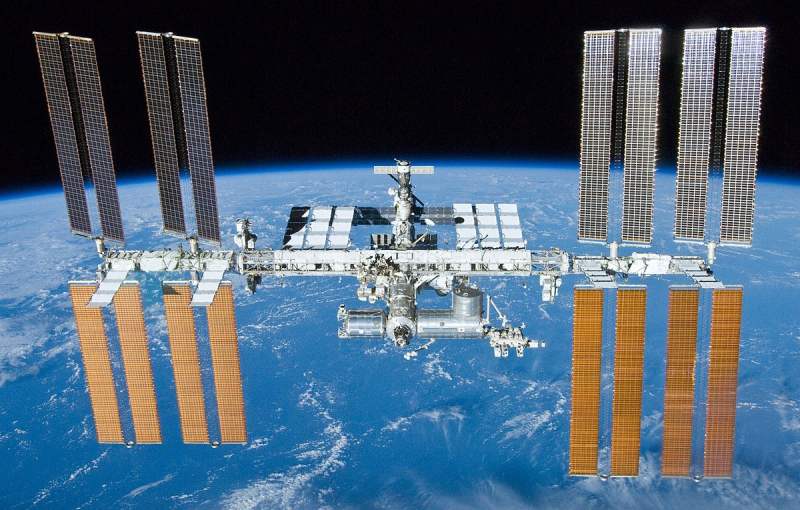 Scientists warn that one day the ISS will have to be destroyed,… 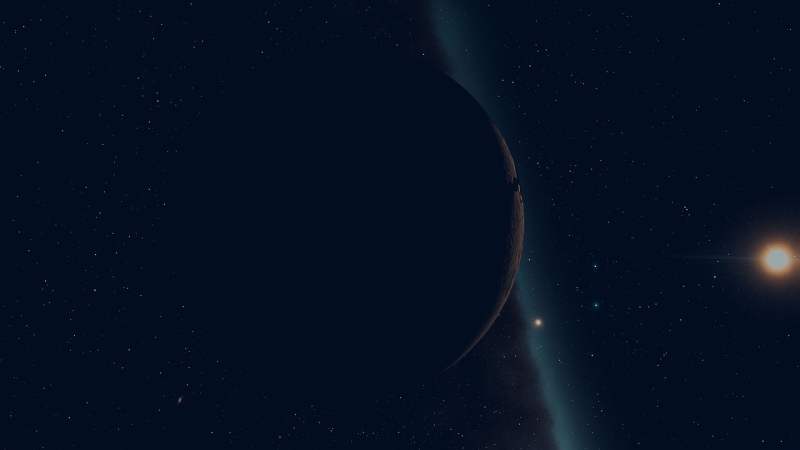 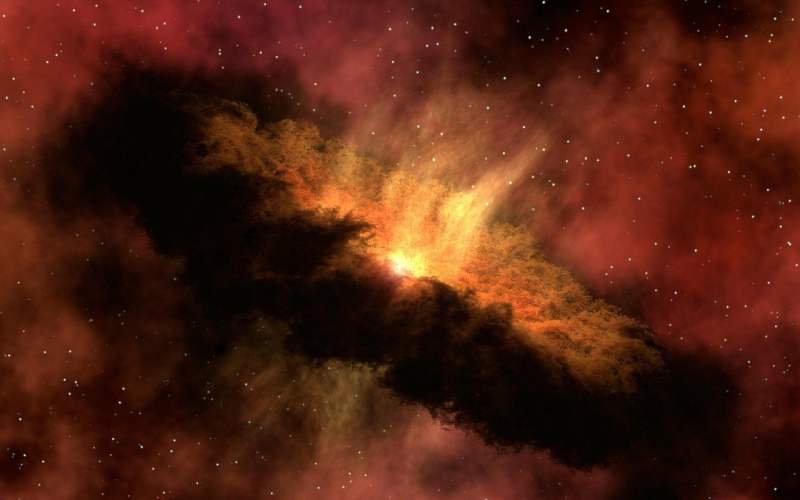 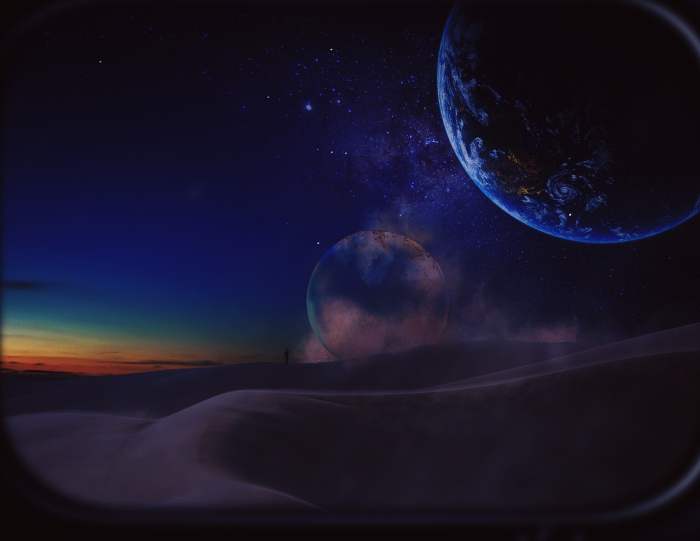