Gennadiy Borisov has used his own homemade telescope to find something sneaking between the orbits of Sol’s children. 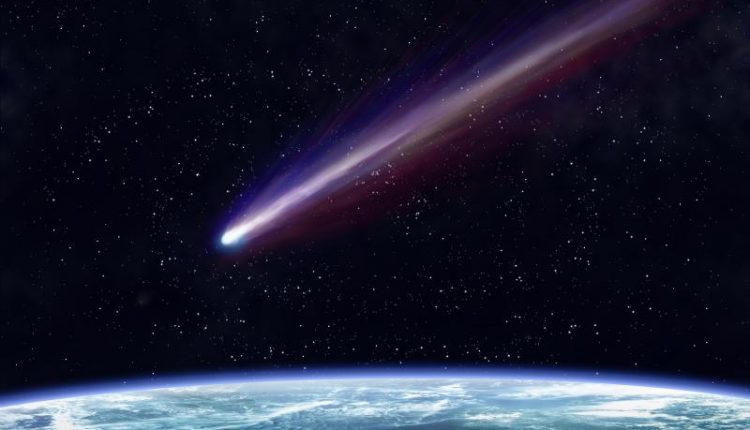 We have become very used to the idea of being the third rock from our Sun, in a closed system of planets and asteroid belts created as part of the same origins of our Sun itself. As such we have long since accepted that it would take the use of powerful telescopes to see anything that originated from somewhere beyond.

However, Gennadiy Borisov has used his own homemade telescope to find something sneaking between the orbits of Sol’s children.

The object, catchily named gb00234 (although a new designation of the even catchier ‘C/2019 Q4 [Borisov]’ is pending) is relatively tiny in astronomical terms and is speeding through our cosmic neighborhood at a distinctly uncareful 30km per second.

Rather than traveling in a circle or ellipse around the Sun, as most objects in the solar system do, Borisov’s discovery is describing an extended curve which suggests that it has come from elsewhere in the galaxy, and will exit the gravitational grip of the Sun with time as well.

But gb00234 isn’t the first interstellar object to have appeared in our solar system, although it’s not far off.

The very first interstellar object to having been spotted in our solar system was ‘Oumuamua (the first apostrophe is pronounced as a glottal stop, and the name is Hawaiian for ‘scout’) which was bagged by Robert Weryk, spotting it from an observatory in, appropriately enough, Hawaii. This was discovered less than two years ago, in Autumn 2017.

Ever since this discovery, the possibility of spotting another interstellar traveler has been getting amateurs hot under the collar. Luckily for Gennadiy Borisov, his sighting in August this year was the first, as he spied gb00234 racing between Jupiter and Mars.

Ever since then, banks of higher spec telescopes have been turned in the possible comet’s direction, tracking its speed and its orbit, trying to gauge its mass and physical make-up, everything that can be found out about this very nearly unique stellar object.

As mentioned, it is tiny (for an astronomical body) at just a few kilometers across, although that does still make it bigger than ‘Oumuamua. Also, its orbit is relatively far out, compared to Earth, although it is getting closer.

And not only is it close, but it looks like gb00234 is more willing to hang around to be observed than the fly-by-night ‘Oumuamua, which was gone from the observational range within a few weeks of discovery.

The latest interstellar object seems set to be observable for several months to come, well into 2020, partly due to its more visible nature, being made of brighter materials and projecting a comet-like tail.

In fact, astronomers are already excited by the possibility that gb00234 may, in fact, be a comet, one of those traveling historical artifacts from the earliest days of planetary formation.

All such comets observed so far have come from the formation of our own solar system, so this object, coming from who knows how far beyond, may be able to tell us exciting and unpredictable new stories about the earlier phases of the universe.

Comets are surrounded by a halo of visible atmosphere, the unique constituent molecules of which can tell scientists a great deal. These molecular building blocks from another galaxy can tell us either about what the common elements may be in other solar systems or give clues as to gb00234’s original point of origin.

Borisov is very proud of his find and excited at the prospect of it bearing his name, but his discovery was something of a fluke, considering that scientists estimate that at least one extra-solar object will be traveling through our solar system at any given moment but generally out of sight.

Which is why the Large Synoptic Survey Telescope, the Chile-based telescope, due to come online in the early 2020s, is being awaited with bated breath. This may be a game-changer in spotting such objects; often tiny, often fast-moving, fleetingly in range but always a fascinating window into the origins of our universe.